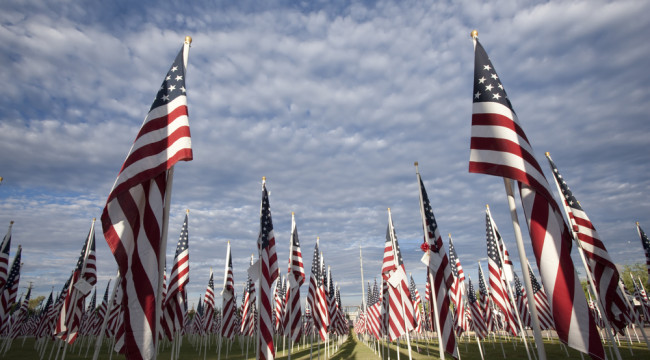 Editor’s Note: Much ink has been spilt… airwaves polluted… bandwidth cluttered… trying to justify the “Forever War.” Today, we offer something far more simple: an essay describing what it felt like to be an American abroad the day after Sept. 11, 2001. Read on for a Bill Bonner classique after that frightful event 14 years ago…

For behind the doors of this ambitious day
Stand shadows with enormous grudges, outside
Its chartered ocean of perception
Misshapen coastguards drunk with foreboding,

And whispering websters stealing through this world
Discredit so much literature and praise:
Summer was worse than we expected;
The cold of Autumn comes on the water

Most of the people in our office raced home after work yesterday. The whole world watched television. But I felt like walking.

So I made my way down to the Pont des Arts and crossed over to the Left Bank. On the bridge, couples stood together and stared at the river… the gray spires and apartment buildings silhouetted against the last evening light. They held hands too… laughed and embraced, as the world grew dark.

I had come to see them, of course… to catch a glimpse of the world as it was yesterday… the bright lights and gaiety of the cafes, the somber elegance of the Louvre, the ordinary comings and goings of ordinary people in the world’s most beautiful city. I wanted to remember it that way — just in case it would never be that way again.

Surely, another bridge has been crossed, I thought, as I strolled along the rue Jacob, looking in the antique shop windows. Things have changed. America — almost untouched by war for 136 years — is suddenly under attack.

We have been waiting for a defining event to conclude the 20th century, as the assassination of the Archduke Ferdinand marked the end of the 19th. What “tipping point” event would close the book on the long period of peace and prosperity that America has so recently enjoyed, we wondered.

Nature was preparing some surprises. Something big was coming, we guessed. But not even in our gloomiest moments did we imagine such a bizarre and bloody trigger event. But now we have it.

“THE NEW WAR!” screams the headline in today’s Figaro.

“TERROR STRIKES AMERICA,” proclaims a banner on the International Herald Tribune. All over the world, on live TV coverage, anyone can see — America is vulnerable.

The dollar plummeted yesterday. Markets all over the world collapsed, with the London exchange down 5.7%… Frankfurt off 8.6%… and Paris down 7.4%. The price of gold soared 5%… and then fell back in this morning’s Asian trading. Crude oil also rose — $6. In a radio broadcast earlier in the day, a French commentator tried to put the catastrophe in perspective:

“It is simply unimaginable,” he said, “it is as if the National Assembly had come under attack and the Eiffel Tower and the Tour Montparnasse had been completely obliterated.”

The National Assembly building was closed. But armed guards were on alert. Clutching machine guns, they paced up and down the streets and studied me carefully as I walked along.

Then, at the base of the Eiffel Tower, everything seemed normal. It still stood. Tourists, though fewer in number than usual, milled around. Arab hucksters sold their trinkets. Life goes on.

In the next few days, weeks and months… you will be told that everything is OK. Indeed, many will think it is better than OK. The Fed has already promised that it will provide more money. OPEC has pledged to provide more oil. The government will launch new anti-terrorist initiatives. Some will say that war is good for the economy. Defense stocks will rise.

Who knows, maybe markets will rally. But two years after Archduke Ferdinand was shot, stocks in America reached their lowest level in history — trading for just 4 times earnings.

Nature still has her surprises. But it is likely that consumers and investors will hold their breath… and feel a cold new wind blowing. They will be less confident, less sure of themselves and of the future.

They will tend to hold onto their money a little longer and worry about their debts a little more. This alone, as Dr. Richebacher reminds us, means “The End” of America’s greatest boom.

The bells of St. Merry’s are tolling this morning. They ring for the living and the dead, including the many thousands of brokers, analysts, clerks, firemen, policemen and others — people who were in the very wrong place at a very wrong moment.

They also toll for another reason — heralds of something else we will all have to reckon with:

A strange darkness has settled over the world… a new era, finally, has come.

Your correspondent in Paris,

P.S. “We are all Americans this morning,” said Magda, a French colleague.

This Essay originally appeared in The Daily Reckoning