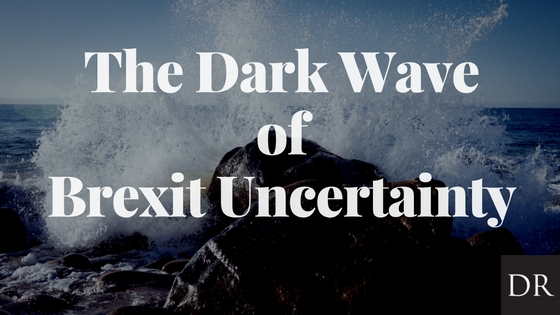 The Dark Wave of Brexit Uncertainty

The UK voted to part ways with the EU in June. Since then Brexit uncertainty has left the UK’s market in disarray as the pound sterling’s fallen 18% since the referendum.  While what happens in the UK might seem like “just something across the pond,” the coming months of Brexit negotiations could impact your money, investments and global trade.

Why the UK Matters

The IMF’s World Economic Outlook report noted, “the Brexit vote implies a substantial increase in economic, political, and institutional uncertainty, which is projected to have negative macroeconomic consequences.”  The organization has since reduced its global forecast for 2017 by 0.1 percentage point, down to 3.4 percent.  The IMF also reduced Britain’s 2016 GDP forecast to 1.9%.

While the EU project continues to develop from its Euro currency introduction in 1999, the UK remained resistant to adopting the currency as its own. As a country of separated status, the pound sterling remained the modus operandi of the British Isles. But it was still highly connected to mainland Europe’s economy.

Since the leave vote, areas ranging from travel to business investment options have come into question. As the French mathematician Blaise Pascal once said, “It is not certain that everything is uncertain.”  Pascal very well could have changed his approach after the Brexit debacle.

This type of uncertainty has left the private sector in disarray.

The chief executive of Morgan Stanley, Robert Rooney, said that regardless of the emotional hits from Brexit, “it really isn’t terribly complicated. If we are outside the EU and we do not have what would be a stable and long-term assured commitment that we would have access to the single market, then we will have to do a lot of things that we do today from London somewhere inside the EU 27.”

Even Goldman Sachs is considering dipping out in the wake of the UK “leave” vote.  In an August regulatory filing Goldman indicated that the Brexit decision “may adversely affect the manner in which we operate certain of our businesses in the European Union and could require us to restructure certain of our operations.”

If financial institutions leaving the UK is bad, industrial sectors trending toward leaving might be an even heavier blow.

Nissan has claimed that it is now going to review and, potentially, reconsider its future industrial investments in the UK after much uncertainty following Brexit aftermath.

This was the first major multinational company to announce that it was reviewing its future operations following the Brexit negotiations. Expectations would suggest that this will not be the last major business to consider such options within the uncertain climate.

As stories like these continue under a wave of uncertainty, international markets could be under threat.  This wave could also take a huge hit with other EU states.  The impact on multinational companies, because of grey clouds from Brexit, will impact how the U.S economy operates. The globalization efforts that have been set in motion will mean that negative economic consequences are on the table.

Jim Rickards predicted such a harsh rhetoric all the way back in July.  While standing at the London Eye after the vote Rickards said, “The EU is likely to take a punitive approach to the Brexit negotiations. This will be done as “an example to the rest” in order to head off other nationalist movements that want to quit the EU.”

My #Brexit broadcast from the #LondonEye Monday morning. pic.twitter.com/l55USDfJUL

Similar to Hillary Clinton’s Wall Street notes that were leaked out, the newly appointed British Prime Minister, Theresa May saw her own statements to Goldman Sachs let out.  The leak reveals that she disclosed her private concerns about the business sector fleeing the country following Brexit negations and the impact on the private sector and what it might mean.

She spoke in an hour long session at Goldman’s London offices in May. While there she said on the UK leaving the EU that, “I think the economic arguments are clear.” The Prime Minister went on to note that “I think being part of a 500-million trading bloc is significant for us. I think, as I was saying to you a little earlier, that one of the issues is that a lot of people will invest here in the UK because it is the UK in Europe.”

Since then, the European Council met in October but neglected to formally address the any Brexit negotiations at all.  This coming after an informal Council meeting in September in which only vague promises on European “unity” were made.

Given the fallout from the Brexit vote and the misjudgments by so many, what is worse is that now markets, business investors and private sector growth is being left in the dark.  The lack of strategy from leadership in the UK and the EU appears to be at an all time low.

Markets often follow leadership. But to find the real story you have to follow the trends. Top trend following expert, Michael Covel wrote, “Brexit was the signal that the global financial system is a toxic cesspool. But here’s the thing: It might not be the catalyst to send the global economy into a tailspin.”

Covel believes that while the British vote from the EU was harsh, there is still more “exits” to come. This is why the uncertainty and speculation around the UK will have a violent impact with the global economy.

The U.S, EU and Brexit

To put it simply, the impact of the Brexit and the uncertainty around its exit strategy is complex.

While the immediate shock of the Brexit vote hit U.S markets, things have since then calmed.

Though the U.S economy might not have as much to lose as the EU, the outcomes of negotiation over Brexit and how business and trade operate will be important to watch for years to come.

The U.S economic bond with the EU is the largest and most complex worldwide.  The transatlantic connections have an estimated $2.7 billion per day in generated goods and services through trade flows.  This relationship goes even further with an estimated 6.8 million jobs that stem through transatlantic investment relations.

In a recent Wall Street Journal (WSJ) survey of economists, polling found that “60% thought financial activities would suffer…” The journal noted that the risk of increased uncertainty in the UK exit strategy could hit significant speed bumps if the “UK’s departure from the EU is drawn out with unfavorable economic terms,” said Lewis Alexander, chief U.S. economist of the investment bank Nomura. 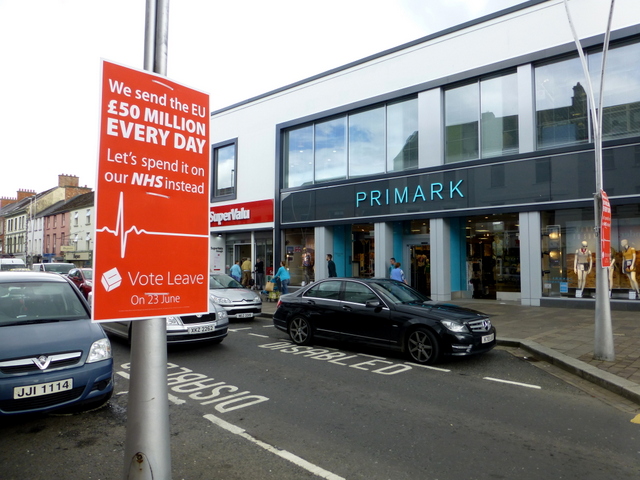 Mainland Europe will continue to feel this concentrated uncertainty.  The Economist Group found that for every one percent drop in the UK’s economic growth, other EU states will have between a one-half to one-third-of-one-point drop.  This means economic hits on major US trading partners, and overall negative impacts on trading sentiments as a whole.

So what does that mean for U.S in particular? Unlike other more “parasitic” trade flows, the U.S has a services trade surplus of $50.6 billion with the EU (2014).  These trade connections between the U.S and EU are not only vital to a large section of global trade flows, they are strategic building surplus markets. These factors provide room for economic stability and investments globally.

Generating a newly demanded relationship that is divergent from the previous three decades between the UK and the EU will not be a walk in the park.

It seems the one area that most can agree on is that the two year exit mandate under the current EU treaty is just not feasible.  The prospect of two years (plus) of negotiations, poignant rhetoric and clouds of unpredictability is something that cannot easily be afforded. Especially in the current global economic state.

Leaving the EU market might be a harder sell for markets and have a harsher impact on the global markets than had once been expected.

As Jim Rickards posted in the Daily Reckoning in the immediate aftermath of the Brexit vote, “Above all, these trends mean uncertainty. Markets have ways to price risk on a probabilistic basis, but markets have no way to price uncertainty where almost anything can happen. In these situations, markets go to the safest of safe havens and that means cash, U.S. Treasuries, and gold.”

Expect these markets to take greater precaution for the months, if not years to come.