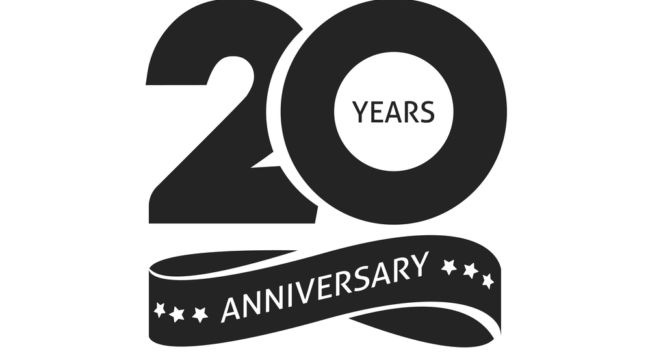 Twenty years have lapsed since The Daily Reckoning first jumped from the presses.

Thursday night we attended a black tie affair in honor of this, its china anniversary. 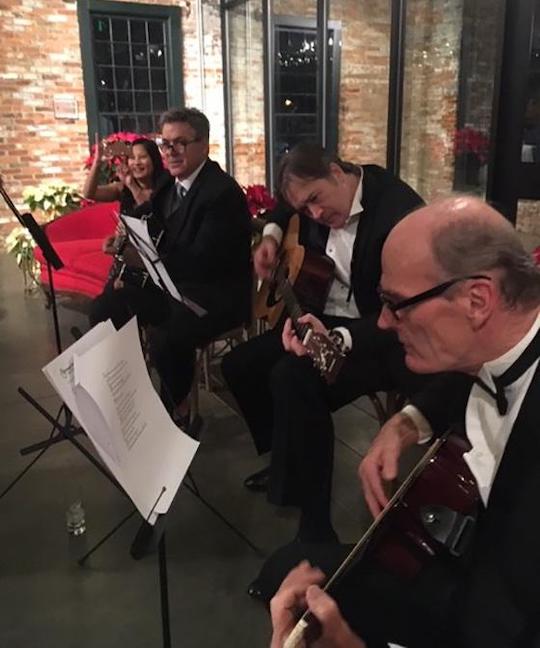 Your humble editor even consented to the dress code — under violent protest: 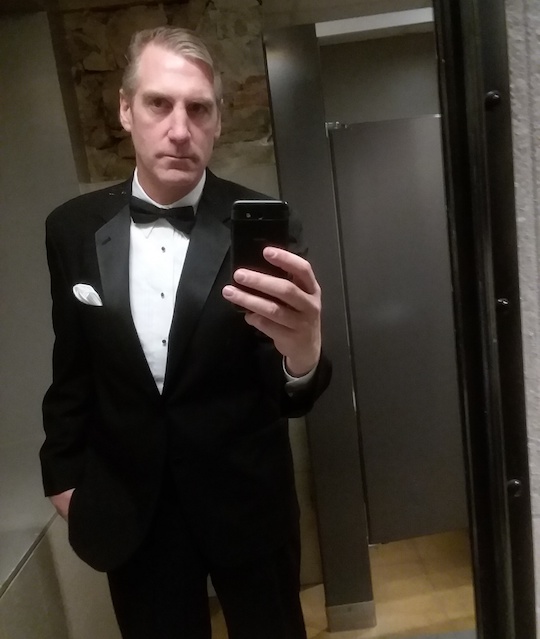 The publication you presently hold in your hands is the oldest daily newsletter of its kind.

For 20 years The Daily Reckoning has stood athwart, watching the scenery roll by.

From Y2K to bitcoin…

The Daily Reckoning has suffered through them all.

But it has endured them with a wry, smirking detachment — even a tinge of sympathy for the offenders.

But it is that way.

There is no changing it. And this publication holds out no solution to the sorrows of this world.

We simply attempt to make sense of it all… and largely fail.

We harbor no illusion that what we do here makes the least difference. And what we write one day is dead the next.

As H.L. Mencken styled it, we are entirely devoid of messianic passion. We hear no voice from the burning bush.

But what spectacle it all provides, what theater, what circus — what comedy.

And we have the best kind of time looking on from the front row.

Well and truly… a man in our seat is a man enthroned. We would not climb out of it for all the perfumes of Arabia.

As Mr. Bonner has asked:

Was ever there a fairer métier than ours?

The poor carpenter risks cutting his fingers or banging his knee.

The used car salesman’s hearing goes bad as soon as he takes up his job: “No, I don’t hear any rattle,” says he.

The foot soldier gets sent to a godforsaken hole like Afghanistan, where the women are covered up and the liquor stashed away.

But in our trade as newsletter publishers, hardly a day passes without a good laugh. Our only occupational hazard is a rupture of the midriff.

We took command of The Daily Reckoning fully aware of the bodily risk.

Sometimes — though rarely — they combine in the form of a single person.

The trouble with them all is that they are vastly amusing. Hence the constant threat of an abdominal tear.

Sadly, most people take it all far too seriously… as Bill reminds us:

Most people, after all, read the news pages for information. They lack the proper training and perspective to fully enjoy them. The consequence is that they are always in danger of taking the humbug seriously, or, worse, finding the people who populate the headlines important.

If you really want to appreciate the media, you have to get close enough to see how they work — like a prairie dog peering into a hay baler — but not so close that you get caught up in it yourself. The inves‌tment newsletter business is perfect; it is part of the media, but it wouldn’t be mistaken for a reputable part.

Not in one million years would it be mistaken for reputable. And we would choose it no other way.

Thursday night Bill furled back the calendar and reflected on our origins. Here is the CliffsNotes version:

At the time — 1999 — there were two schools of thought. The main one was that our little inves‌tment research business was soon going to be put out of business by the internet.

People came up to me and said so. “You can get all the inves‌tment advice you want on the internet for free… Nobody is going to pay us for it.”

The other school of thought was equally gloomy, from our point of view. It told us that we would be put out of business by the big firms — the Goldman Sachses and Dow Joneses — who could spend millions of dollars putting up fancy, professional websites so that readers would find them and become customers. These big firms would dominate the space, like fast-growing poplars, shading out the more noble oaks.

I knew that readers don’t go looking for our kind of ideas. They don’t even know they exist. And nobody wakes up and says, “Honey, we need a financial newsletter with a contrarian point of view.”

Besides that, we had a chain saw! I knew, too, that that if we could just put good ideas, solid thinking and real research in front of people, we might persuade them that we were worth doing business with…

The trouble with The Truth is that it won’t stand still. What’s true today is often a lie tomorrow. And that’s why we try to anchor our opinions and ideas in these Old Truths. Like nature, you can’t get away from them.

But it’s the new truth people want. Nobody wants to be reminded that things go down as well as up… that life can be tough… and that you can’t spend more than you earn.

Where do you find this truth? Tomorrow’s truth? Not in The Washington Post or The New York Times… or on TV. That’s where you find what people think today.

Instead, to find the new truth, we have to go far out on the knowledge spectrum to the edgy part… the shady and speculative part… where the kooks, geniuses and gurus are.

At any given time, most of the ideas that pass for truth are just fads and fashions. Our job is to cut down these false truths in order to allow a little daylight onto better ones. Let me give you some examples…

There was the truth in 1999, for example, that the dot-com stocks had ushered in a new era of permanent prosperity for all.

And that truth morphed into the truth of 2005/2006, that you can’t go wrong buying a house… because house prices never go down.

And there’s a similar truth today… that you can’t go wrong buying stocks because the Fed has your back.

We rev up our chain saw. We cut a little deeper every day. And we know we’re right when even our Dear Readers don’t want to hear it.

People don’t like to see their fashionable truths attacked. And attacking them puts us at odds with the mainstream press, the government, Wall Street, the academics and all the people whose reputations and wealth depend on them.

And… we’re often wrong… which leaves us exposed to ridicule as well as regulatory threats.

“You said that stock would go up…” say the critics.

“You said Congress would never go along…”

“You said the economy would be in recession by now…”

When you’re looking into the future, there are an infinite number of things you can be wrong about. Since we’ve been writing for so long, we’ve probably already been wrong about most of them.

And we’ll get the rest of them wrong in due course.

But it is not given to man to know his fate; that’s an “old truth.”

And our Dear Readers know we are mortal, just like they are. They don’t expect us to be right all the time. They only expect us to be honest… about what we see and hear and think and know… and to work hard to try to discover tomorrow’s truth before it is mainstream news.

That’s been our mission since we began writing 20 years ago. We are out to connect the dots so we can see…

We mock the conceits of the great and the good. We laugh at absurd trends and foolish fads… and at ourselves…

… and we squint so hard our eyes hurt, desperately trying to catch a tiny glimpse of real truth.

And we never forget our humble motto: Sometimes right, sometimes wrong… and always in doubt.

If we ever come out of doubt, it will be a sign to pack our belongings — and walk out.

Twenty years down. We have designs on another 20… if the gods are kind.

And we are pleased beyond description to claim you as a reader.