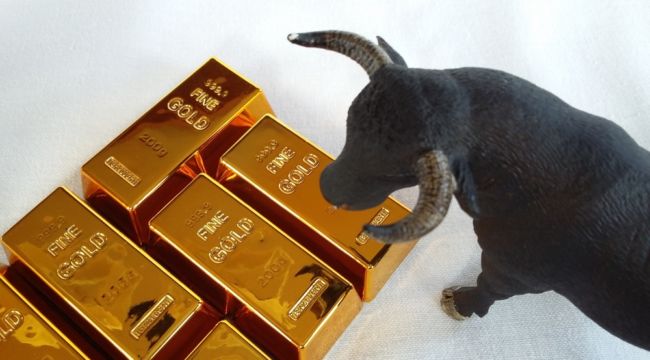 I read headlines all day and focus extensively, if not exclusively, on gold. If gold is the best form of money (it is), and if gold had unique properties as money (it does; it’s the only form of money that is not also debt), then gold is well worth the focus.

With that said, it’s hard to surprise me on the subject. After a while, you think you’ve seen it all. Yet, there are exceptions. This headline stopped me in my tracks: “Bank of Russia may consider gold-backed cryptocurrency.”

The idea itself is not exactly new. I first suggested that Russia might be acquiring gold with a view to a new gold-backed currency at a financial war game hosted by the Pentagon at a top-secret laboratory in 2009. 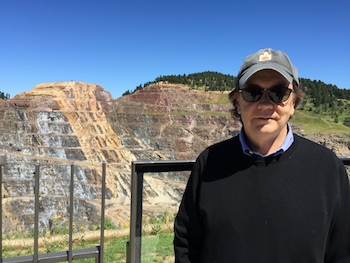 Your correspondent at the Homestake Mine in Lead, South Dakota. Homestake was one of the largest and most productive gold mines in U.S. history, and was the foundation of the Hearst family fortune. Global gold output has flatlined in recent years while demand for gold remains strong.

In my upcoming book, Aftermath, I describe a more sophisticated monetary arrangement among Russia, China, Iran and other nations to use a gold-backed cryptocurrency for international settlements.

Still, theory is one thing, reality is another. Here was a real central bank taking real steps toward a gold-backed cryptocurrency. Of course, the announcement came with lots of caveats about the need to stick to hard currencies. This gold initiative involves review of a report, not a live plan at this stage.

Still, it was a significant moment in the move away from the hegemony of the U.S. dollar as the dominant global reserve currency toward another system that included gold.

By itself, this announcement is not a reason to load up on gold. In fact, the spot price of gold barely budged on the news. Gold prices are far more likely to be affected by strength or weakness of the U.S. dollar, real interest rates, inflation prospects and geopolitical stress.

But, the announcement is highly significant in another way. It signals that the demand for physical gold by major central banks is here to stay. Whether a new gold-backed cryptocurrency emerges next year or five years from now does not alter the fact that you need gold to have a gold-backed currency.

Neither Russia nor China has all the gold it needs for that purpose yet. Therefore, demand for physical gold will remain strong even as supply has flatlined.

This creates an asymmetric trading pattern where gold has good potential to rise, but only limited prospects of a material fall. Those are the best kinds of markets for trading and investment. Taking into account both these fundamental and technical factors, what is the outlook for the dollar price of gold and gold mining stocks in the near term?

Right now, the evidence is telling us that the dollar price of gold is poised to breakout to the upside after a prolonged period of range-bound trading.

Chart 1 below illustrates recent price action in gold and shows why the prospects are good for near-term price appreciation.

Over the past five months, gold has traded between about $1,270 and $1,345 per ounce (as of yesterday after gold’s big run over the past week).

That’s a range of about 2.8% above and below a mid-point of $1,305 per ounce. A 2.8% range is not unusual when governments try to peg two currencies to each other. In effect, gold has been pegged to the dollar at $1,305 per ounce. 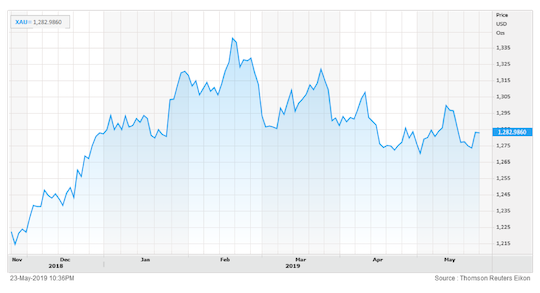 However, this trading range exhibits another pattern called “lower highs.” Each spike at the high end of the range is slightly lower than the one before. Conversely, the bottom in each gyration has been more tightly bunched forming a kind of floor under gold prices.

The combination of a strong floor and declining highs results in a compression of the trading range. What this pattern presages is a breakout. Of course, the question is whether gold will breakout to the downside or the upside. This week we saw gold break higher, to $1,345.

The evidence is strong that gold is poised for a sustained upside breakout. The reason for the floor around $1,270 per ounce has to do with fundamental supply and demand. Russia and China continue to buy gold at a prodigious rate.

Russia has been buying between 15 and 25 metric tonnes per month, sometimes more, for over ten years. Russia’s gold reserves now stand at 2,183 metric tonnes, over 25% of the U.S. total with a far smaller economy. China is less transparent in its gold buying but also has over 2,000 metric tonnes, perhaps much more.

What all of these gold buying strategies have in common is a desire to escape from dollar hegemony and the imposition of dollar-based sanctions by the U.S. The practical implication for gold investors is a firm floor under gold prices since Russia and China can be relied upon to buy any dips.

The primary factor that has been keeping a lid on gold prices is the strong dollar. The dollar itself has been propped up by the Fed’s policy of raising interest rates and reducing money supply, so-called “quantitative tightening” or QT. These tight money policies have amplified disinflationary trends and pushed the Fed further away from its 2% inflation goal.

However, the Fed reversed course on rate hikes last December and has announced it will end QT next September. These actions will make gold more attractive to dollar investors and lead to a dollar devaluation when measured in gold.

The price of gold in euros, yen and yuan could go even higher since the ECB, Bank of Japan and People’s Bank of China will still be trying to devalue against the dollar as part of the ongoing currency wars. The only way all major currencies can devalue at the same time is against gold, since they cannot simultaneously devalue against each other.

A situation in which there is a solid floor on the dollar price of gold and a need to devalue the dollar means only one thing – higher dollar prices for gold. A breakout to the upside is the next move for gold.