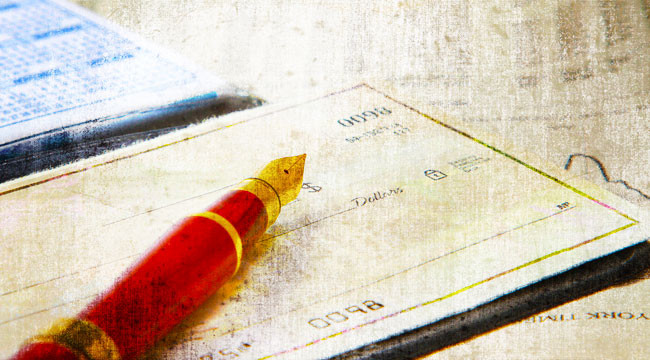 The Claptrap Behind the Minimum Wage Debate

New York seems to have more than its fair share of knuckleheads.

Paul Krugman and Tom Friedman are both stalwart columnists in The New York Times. And there’s staff writer James Surowiecki at The New Yorker.

More about that in a minute…

First, investors are taking it easy… distracted by barbeques, family reunions, and the heat of summer. They’re hesitating, cogitating, wondering what it’s all about.

Later this month, we should begin to see some activity. But for now, nothing much is happening.

In the meantime, we take advantage of these dog days of summer to do some thinking of our own.

For example, we were wondering why they are called “dog days.” So we looked it up. Turns out it goes back to ancient Rome… and before. The Romans called the midsummer period dies caniculares — or “days of the dog.”

This refers to the prominence of the constellation Canis Major, or the Greater Dog, in the night sky. The biggest star in the complex is named Sirius, also known as the Dog Star. It is the brightest star we see.

Can Money Buy You Happiness?

That out of the way, we return to wondering about money.

Not that we care especially about money. We are more interested in what it represents… and how it helps us understand the world we live in.

Money establishes a relationship between people. One owes. One is owed. One can buy. One must sell. One employs. Another is employed.

You don’t really need much to live. Food, clothing, shelter, a Wi-Fi connection. After you have the basics, everything else is no longer about survival. It’s about status: the relationship between you and your fellow men.

Here in the French countryside, we were sitting on the veranda thinking…

“You don’t really need much to live well,” we explained to the children (who have come for a couple weeks of vacation).

“All you need is a nice country house… with a well-stocked wine cellar.

“And a good garden. You need homegrown food to eat. So you need a gardener… at least part time… and a good cook.

It takes more than money to live well. You could live much better than most people live… on little money. Just get a quaint cottage in West Virginia. Plant a nice garden. And learn to cook!

You can buy that sort of stuff by getting a job that pays well. But why do so many jobs pay so poorly? Here’s James Surowiecki in The New Yorker:

“In inflation-adjusted terms, the minimum wage, though higher than it was a decade ago, is still well below its 1968 peak (when it was worth about $10.70 an hour in today’s dollars), and it’s still poverty-level pay.

“To make matters worse, most fast-food and retail work is part-time, and the weak job market has eroded what little bargaining power low-wage workers had: Their earnings actually fell between 2009 and last year, according to the National Employment Law Project…

“As a recent study by the economists John Schmitt and Janelle Jones has shown, low-wage workers are older and better educated than ever. More important, more of them are relying on their paychecks not for pin money or to pay for Friday-night dates but, rather, to support families.

“Forty years ago, there was no expectation that fast-food or discount-retail jobs would provide a living wage, because these were not jobs that, in the main, adult heads of household did. Today, low-wage workers provide 46% of their family’s income. It is that change which is driving the demand for higher pay.”

Surowiecki almost always misunderstands things. Years ago, he wrote an article on gold, pointing out that gold prices go up and down. He concluded that this made gold no better for preserving wealth than any other investment.

But Surowiecki missed the point. Although the gold price goes up and down, gold never goes away and always has value. Shares in Kodak don’t. More importantly, gold keeps an economy honest… and productive.

Until 1971, when President Nixon took the U.S. off the gold standard, America’s largest employers were companies that made things. In Baltimore, the General Motors assembly plant and Beth Steel at Sparrows Point could afford to pay high wages because they were very productive.

Say’s law: You buy products with products. If you want to buy stuff, in other words, you’ve got to produce stuff.

But after 1971, the new money system changed the nature of the U.S. economy.

The Nirvana of Rising Prices

Today’s largest employers don’t make stuff. They are low-margin businesses in the service sector, retailers and fast-food chains. As Surowiecki points out, they can’t afford much higher wages.

What, then, is the solution to low-paying service-sector jobs? Tax credits, he says. And national infrastructure projects: new highways, bridges, tunnels, airports, and so forth. A higher minimum wage. “And we really need the economy as a whole to grow faster.”

And get this: “You have to get consumers to accept significantly higher, and steadily rising, prices.”

How are people who don’t earn much going to be able to pay higher prices? No explanation given. No mention of making things. No mention of productivity or investment.

It is amazing how little thinking goes into this sort of claptrap. It wouldn’t take Surowiecki long to realize that higher wages do not get you anywhere if prices rise too.

What you really need is higher productivity. How do you get that? You need to save money (rather than spend it) and invest in things that produce more — providing the profits necessary to pay more to the people who produce them.

Really. Is that so difficult to understand?

This was the consequence (perhaps unintended) of Tricky Dicky’s pure paper money system. When you can print up pieces of paper… and call it “money”… you don’t need to make things! You can just go straight out and buy them!

The irony is that taking gold out of America’s money system led to the very problems — low wages in the service sector — that Surowiecki is now trying to solve.