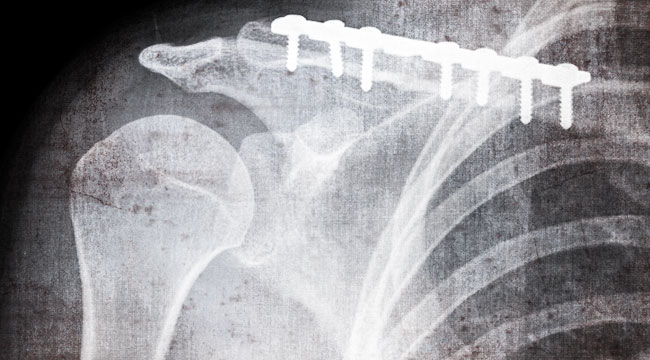 The Brittle Bones of Ben Bernanke

“To taper or not to taper?” That is the question on the Federal Reserve’s mind.

But neither party is likely to change its behavior — at least for very long. The Fed is stuck in easing mode, and investors are stuck in a market with declining marginal returns from each round of easing.

In candid moments, former (or soon-to-be former) central bankers have a tendency to admit the truth: Quantitative easing (QE) is an addictive substance.

Remember: The ultimate essence of fiscal and monetary stimulus amounts to borrowing economic activity from the future. As the future arrives, so does an economic slump. In the slump, many will call for another injection of stimulus. “Only this time, it must be even bigger,” economic advisers will say.

Considering the nature of this stimulus/slump feedback loop, how can anyone expect the U.S. or any other stimulus-soaked economy to kick its addiction and magically unleash a new golden age? Repeated doses of fiscal and monetary stimulus are, in fact, what make these economies ever more fragile. It’s classic Austrian business cycle theory, going all the way back to Ludwig von Mises.

Each round of stimulus has less impact, thus requiring bigger doses to achieve the same effect. There are already signs that the effect is wearing off…

In the latest Macro Strategist, David Goldman explains how the Fed is “rowing with one oar” in its efforts to create a stock-market wealth effect:

“Federal Reserve chairman Bernanke came to Capitol Hill yesterday not to give information, but to get it — specifically, to see how markets would react to the prospect of phasing out QE. The markets told him. We don’t expect Bernanke to ask the same question again soon.” [Emphasis added.]

Goldman continues on, offering evidence that the Fed’s desired wealth effect has not had a measurable impact on the economy:

“The Fed has encouraged corporations to borrow (and helped get the housing market off the floor). The economic effect is still small; at 853,000 units, April housing starts are still a third of the 2007 peak. The bad news is that all the corporate borrowing has had no impact on investment. Despite the huge increase in the pace of corporate bond issuance during the first quarter, the first-quarter GDP data show a decline in most categories of capital investment.

“Household balance sheets have improved, to be sure, but as we have observed in the past, household income deriving from assets continues to fall. Personal dividend income during the first quarter fell by $121 billion, a hit to disposable income almost as large as the much-lamented increase in payroll taxes. When wealth generates less income, the size of the wealth effect becomes impossible to estimate. Wealth, after all, is simply the discounted value of future income streams, and the Fed has succeeded in reducing the rate at which a shrinking volume of future income streams is discounted.”

Here’s the key point: The Fed has manipulated the rate at which investors discount future cash income streams back to the present. And it has inflated stock prices using this tool, which can happen only one time. Just once! Plus, if the Fed ever tried to reverse course, it would quickly remove all the artificial pricing in stocks and bonds.

What could the Fed do as an encore stimulus? Is it willing to get even more radical? Perhaps it is. But first, the Fed will watch the consequences of Bank of Japan’s bold policy — one that is causing curious tremors in the Japanese government bond market.

Central banks have steered global markets into uncharted territory. Those who declare that the journey will end in a universal wealth effect (“There is no alternative to stocks!”) are not thinking through the consequences.
Regards,

Ed. Note: The Daily Reckoning’s email edition often examines (in great detail) many of the consequences to which Dan is referring. From the collapse of the next major asset bubble to what will happen to the price of gold and other precious metals. If you haven’t signed up yet, you can do so for free, right here.