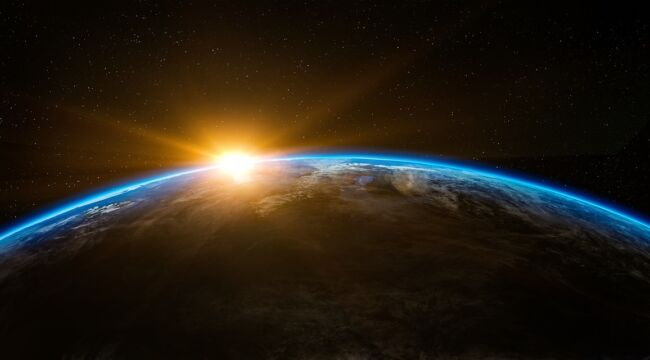 “A man with money meets a man with experience,” begins an old Wall Street chestnut, concluding that:

We hazard that many moneyed men — flush with stock market winnings and faith in the Federal Reserve’s backstopping — have met experienced men recently.

The experienced men are presently walking away with the formerly moneyeds’ money.

Yesterday’s deliriums accelerated the transfers of money and experience, as the Dow Jones plummeted 1,164 points.

Another Step Toward a Bear Market

We believe the stock market will sink much deeper before the Federal Reserve at last halts its present tightening.

We have no doubt it will announce an about-face eventually. But not before a great deal of costly and bountiful transfers.

Furthermore, we are not at all convinced the Federal Reserve can rework its wizardry.

Following the dot-com craterings some 20 years past, investors have grown accustomed to the so-called Fed put.

That is, investors have tied themselves up to the belief that the Federal Reserve will sally to their rescue should the market tumble sufficiently hard.

The 20-year timeframe may hold high significance. As we have noted before…

The Fed Has Been Investors’ “Innovative Genius”

Has a generation ever been more impressed with its innovative genius than the current crop?

We allow the possibility. Yet we would demand hard evidence, chapter, line, verse.

This generation of investors blindfolds itself and heaves a dart at the colored cardboard circle on the wall. It strikes dead center. The thrower believes his own supernal financial genius guided it home.

He does not detect the formidable magnet the Federal Reserve has placed at board’s center.

Before the internet spread its net. Before asocial media. Before the Federal Reserve could clear out the memory centers… compress the attention span… and addle the judgment.

We might argue that the financial memory has since shortened — from years to months.

But following 1987’s Black Monday, the Federal Reserve was in the business of holding up the stock market — and holding down memories.

Three Marches ago, the coronavirus blew on in. Stocks endured their most vicious harpooning since 1929.

The financial press was frantic with dismal warnings of Dow 10,000 — or lower. The pangs of painful memories began to bubble, the reverberations of financial hells past.

But Mr. Powell reached for his billy club… set to work… and bludgeoned investors into a gorgeous state of amnesia.

The harder the Federal Reserve clobbered, the more memory it knocked from skulls.

Trillions and trillions of dollars came battening down upon investors’ heads.

The Federal Reserve’s balance sheet ballooned from a pre-crisis $4.1 trillion to a dizzying $9 trillion.

The M2 money supply expanded a furious $5 trillion within the narrow space of 18 months.

Within a few additional months it scaled the record heights, the impossible heights — Dow 30,000 — ultimately past Dow 36,000.

From decades to years to months… the financial memory was thus reduced.

Eighteen months after the terror, investors trembled not from fear but with greed. Margin debt ran to record heights — nearly $850 billion.

Never before had investors borrowed so much money to purchase so many stocks. In many cases, wildly overvalued stocks.

A new generation of speculators entered the stage. As all others before it, it was taken with its own innovative genius.

That is, old deliriums gave way to new deliriums.

Knocked from its wits by the Federal Reserve, this new breed’s financial memories did not extend even one year.

But the generations differ only in their memory spans and their peculiar dizzyings.

But now they are acquiring experience… as they are hemorrhaging money.

And as we have proposed recently, their recent experience may serve them well for the following 20 years.

That is, the stock market may be in for a 20-year wallow. As we explained recently:

Stock market valuations presently float at historic heights — even with the latest pulling back.

And when stock valuations are excessive… you can expect hard sledding in the coming years. Mr. Lance Roberts of Real Investment Advice, in reminder:

At 35X CAPE, such suggests that returns over the next 10–20 years could be disappointing.

The Next Reworking of the Financial Memory

Are you prepared for a two-decade stock market malaise?

As we are fond to say, climate is what you can expect — but weather is what you actually get.

Perhaps the following two decades will feature more sun than rain. Yet perhaps not. Perhaps the gloom will hide the sun.

Assume that stocks will become bargains in 20 years.

If Mr. Galbraith is correct that the financial memory endures 20 years, investors will spend the following 20 years fearful of rain.

And when the sun pokes from the clouds in 20 years…

Missing out on the next great bull market.