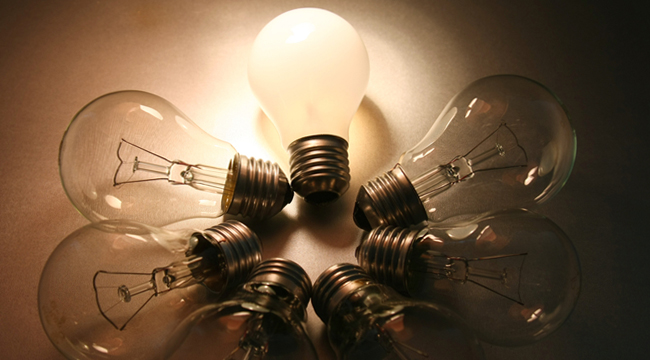 The investments that tend to yield the highest growth potential — more than any other area of the economy — are startups. That’s where new ideas are sent through a rapid series of fiery trials and tribulations, and are ultimately forced to adapt, survive or die.

Companies that have already grown to maturity have more to lose. They often fall into the trap of becoming obsessively risk averse, and bureaucratic. Getting too comfortable, even indulgent, they stick to what they know best.

But what they “know” and what is “best” is always in flux. And strategically adjusting to the ever-changing market becomes increasingly cumbersome for these behemoths. This actually makes it more fun to bet against them — for the taller rise, the further they fall.

The irony is truly rich in the case of Microsoft and Apple.

Bill Gates started by trying to “hack” a tiny little feature on the early computers. He didn’t want to deal with machine language, so he wrote a new programming code. That’s how the business started, through hacking a small feature… but it got the snowball rolling down the mountain.

Microsoft, as you must know, went on to dominate the personal computer market of the 1980’s and 1990’s. But now Microsoft is past its prime and Apple now dominates the same market, along with many subsectors.

Apple similarly is no longer the heroic fledgling company depicted in their infamous 1984 commercial: where the misfit underdogs take down the regimented forces of a monolithic IBM.

Apple has now assumed the role of the antagonist in their blockbuster commercial, in a sense. They’re the big corporation struggling to come up with breakthrough products again, though they deserve some credit for sticking it out so well so far.

The news is, according to Reuters:

“Tim Cook wants investors to “think different” about Apple: less as a hyper-growth startup-like company and more as a mature but robust technology corporation with the world’s biggest dividend.”

That will at least buy them time. But still, given the choice, I bet anyone would choose Apple’s stock when it acted as a hyper-growth startup-like company, over hanging onto an expensive stock — even with a hefty dividend.

So how do you invest in those tricky tech startups that fulfill their high growth potential?

There’s one place to look… and it remains the best place… for now.

It spawned Airbnb, Inc., a company that’s proven how industries are susceptible to startups now more than ever before. Seriously, who would have thought that this company, beginning as a measly software startup, could disrupt the hotel business?

Airbnb, Inc. specializes in an online service that provides a platform for individuals to “host” private parties, rent unoccupied living space, and other short-term lodging to guests. As of November 2012, the company had over a quarter million listings in 30,000 cities and 192 countries, that include private rooms, entire apartments, castles, boats, manors, tree houses, tipis, igloos, private islands, and other properties.

They became such a success because they didn’t give away their idea to a typical venture capital firm. Instead, they got a surprisingly little amount seed funding and a lot of insightful guidance from the most prestigious program for budding entrepreneurs — what’s been referred to as a “boot camp” or the “Harvard” of startups…

“Y Combinator is an American seed accelerator, started in March 2005. Y Combinator provides seed money, advice, and connections at two 3-month programs per year. In exchange, they take an average of about 6% of the company’s equity. As of 2013, Y Combinator has funded over 500 companies in over 30 different markets

The answer is most of these startups are software companies, so they can leverage open sourced computing at a cost that’s practically free.

Spotting the Startups That Fail Their Way to Success

Hands down, the greatest determining factor of a successful startup is the founders.

These software companies have such few initial costs, that they can test whether their idea is something peoples really want, or whether it actually solves an important problem. If it doesn’t pass the test, the founders learn from it… and come up with a new idea.

The business ideas that come out of Y Combinator are usually so original, they face little to no competition. Remember Airbnb, and how different that idea was.

In fact, out of all the companies that have gone through, only one has been outright killed by a competitor… and that competitor was Google.

Fortunately for investors, even the best founders are often overlooked because they’re young hackers.

Hackers get a bad rep, as if they’re clever and sneaky.

Well… maybe they are clever and sneaky… but not necessarily in an illegal or by any means criminal way. When you think about it, anyone who pulls off an innovation is a “hacker”.

Einstein is a hacker because he discarded Newtonian geometry… and that was nothing but good.

These founders are motivated by freedom, not luxury items. They want wealth, of course… but that only goes so far. They desire power, derived by making something useful.

All those things overlap. So rather than hacking by tunneling under a computer network’s firewall, they hack business… tuning their acumen along the way.

That’s why, strangely enough, the best companies that come out of Y Combinator end up doing more than what was originally intended. Reddit for example started at Y Combinator. When it came into the program, it was rumored to be designed as a food delivery company. Now it’s “the front page of the internet”.

The Next Big Opportunity

I hate to say it, but there’s no easy way to invest in the batches of Y Combinator startups… yet.

But we do think we’ve found something even better that’s more up and coming.

We’ll reveal it to you tomorrow