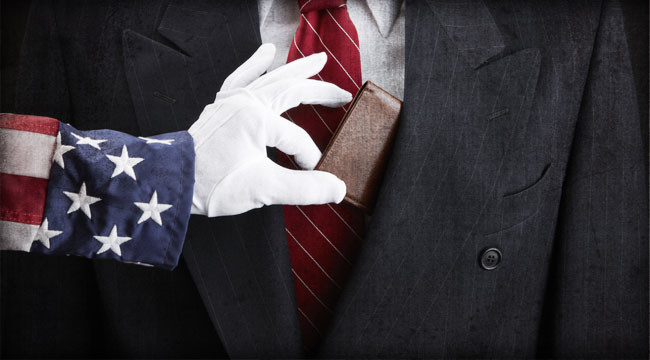 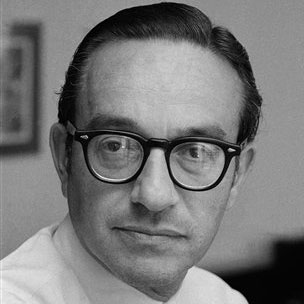 The Assault on Integrity

Protection of the consumer against “dishonest and unscrupulous business practices” has become a cardinal ingredient of welfare statism. Left to their own devices, it is alleged, businessmen would attempt to sell unsafe food and drugs, fraudulent securities, and shoddy buildings.

Thus, it is argued, the Pure Food and Drug Administration, the Securities and Exchange Commission, and the numerous building regulatory agencies are indispensable if the consumer is to be protected from the “greed” of the businessman.

But it is precisely the “greed” of the businessman or, more appropriately, his profit-seeking, which is the unexcelled protector of the consumer.

What collectivists refuse to recognize is that it is in the self-interest of every businessman to have a reputation for honest dealings and a quality product. Since the market value of a going business is measured by its money-making potential, reputation or “good will” is as much an asset as its physical plant and equipment.

At the bottom of the endless pile of paperwork which characterizes all regulation lies a gun.

For many a drug company, the value of its reputation, as reflected in the salability of its brand name, is often its major asset. The loss of reputation through the sale of a shoddy or dangerous product would sharply reduce the market value of the drug company, though its physical resources would remain intact. The market value of a brokerage firm is even more closely tied to its good-will assets. Securities worth hundreds of millions of dollars are traded every day over the telephone. The slightest doubt as to the trustworthiness of a broker’s word or commitment would put him out of business overnight.

Reputation, in an unregulated economy, is thus a major competitive tool. Builders who have acquired a reputation for top quality construction take the market away from their less scrupulous or less conscientious competitors. The most reputable securities dealers get the bulk of the commission business. Drug manufacturers and food processors vie with one another to make their brand names synonymous with fine quality.

Physicians have to be just as scrupulous in judging the quality of the drugs they prescribe. They, too, are in business and compete for trustworthiness. Even the corner grocer is involved: he cannot afford to sell unhealthy foods if he wants to make money. In fact, in one way or another, every producer and distributor of goods or services is caught up in the competition for reputation.

It requires years of consistently excellent performance to acquire a reputation and to establish it as a financial asset. Thereafter, a still greater effort is required to maintain it: a company cannot afford to risk its years of investment by letting down its standards of quality for one moment for one inferior product; nor would it be tempted by any potential “quick killing.”

Newcomers entering the field cannot compete immediately with the established, reputable companies, and have to spend years working on a more modest scale in order to earn an equal reputation. Thus the incentive to scrupulous performance operates on all levels of a given field of production. It is a built-in safeguard of a free enterprise system and the only real protection of consumers against business dishonesty.

Government regulation is not an alternative means of protecting the consumer. It does not build quality into goods, or accuracy into information. Its sole “contribution” is to substitute force and fear for incentive as the “protector” of the consumer. The euphemisms of government press releases to the contrary notwithstanding, the basis of regulation is armed force. At the bottom of the endless pile of paperwork which characterizes all regulation lies a gun. What are the results?

To paraphrase Gresham’s Law: bad “protection” drives out good. The attempt to protect the consumer by force undercuts the protection he gets from incentives.

First, it undercuts the value of reputation by placing the reputable company on the same basis as the unknown, the newcomer, or the fly-by-nighter. It declares, in effect, that all are equally suspect and that years of evidence to the contrary do not free a man from that suspicion.

Second, it grants an automatic (though, in fact, unachievable) guarantee of safety to the products of any company that complies with its arbitrarily set minimum standards. The value of a reputation rested on the fact that it was necessary for the consumers to exercise judgment in the choice of the goods and services they purchased. The government’s “guarantee” undermines this necessity; it declares to the consumers, in effect, that no choice or judgment is required — and that a company’s record, its years of achievement, is irrelevant.

The minimum standards, which are the basis of regulation, gradually tend to become the maximums as well. If the building codes set minimum standards of construction, a builder does not get very much competitive advantage by exceeding those standards and, accordingly, he tends to meet only the minimums. If minimum specifications are set for vitamins, there is little profit in producing something of above-average quality. Gradually, even the attempt to maintain minimum standards becomes impossible, since the draining of incentives to improve quality ultimately undermines even the minimums.

The guiding purpose of the government regulator is to prevent rather than to create something. He gets no credit if a new miraculous drug is discovered by drug company scientists; he does if he bans thalidomide. Such emphasis on the negative sets the framework under which even the most conscientious regulators must operate. The result is a growing body of restrictive legislation on drug experimentation, testing, and distribution. As in all research, it is impossible to add restrictions to the development of new drugs without simultaneously cutting off the secondary rewards of such research – the improvement of existing drugs. Quality improvement and innovation are inseparable.

Building codes are supposed to protect the public. But by being forced to adhere to standards of construction long after they have been surpassed by new technological discoveries, builders divert their efforts to maintaining the old rather than adopting new and safer techniques of construction.

Regulation – which is based on force and fear – undermines the moral base of business dealings. It becomes cheaper to bribe a building inspector than to meet his standards of construction. A fly-by-night securities operator can quickly meet all the S.E.C. requirements, gain the inference of respectability, and proceed to fleece the public. In an unregulated economy, the operator would have had to spend a number of years in reputable dealings before he could earn a position of trust sufficient to induce a number of investors to place funds with him.

Government regulations do not eliminate potentially dishonest individuals, but merely make their activities harder to detect or easier to hush up.

Protection of the consumer by regulation is thus illusory.

Rather than isolating the consumer from the dishonest businessman, it is gradually destroying the only reliable protection the consumer has: competition for reputation.

While the consumer is thus endangered, the major victim of “protective” regulation is the producer: the businessman. Regulation which acts to destroy the competition of businessmen for reputation undermines the market value of the good will which businessmen have built up over the years. It is an act of expropriation of wealth created by integrity. Since the value of a business – its wealth – rests on its ability to make money, the acts of a government seizing a company’s plant or devaluing its reputation are in the same category: both are acts of expropriation.

Moreover, “protective” legislation falls in the category of preventive law. Businessmen are being subjected to governmental coercion prior to the commission of any crime. In a free economy, the government may step in only when a fraud has been perpetrated, or a demonstrable damage has been done to a consumer; in such cases the only protection required is that of criminal law.

Government regulations do not eliminate potentially dishonest individuals, but merely make their activities harder to detect or easier to hush up. Furthermore, the possibility of individual dishonesty applies to government employees fully as much as to any other group of men. There is nothing to guarantee the superior judgment, knowledge, and integrity of an inspector or a bureaucrat-and the deadly consequences of entrusting him with arbitrary power are obvious.

The hallmark of collectivists is their deep-rooted distrust of freedom and of the free-market processes; but it is their advocacy of so-called “consumer protection” that exposes the nature of their basic premises with particular clarity. By preferring force and fear to incentive and reward as a means of human motivation, they confess their view of man as a mindless brute functioning on the range of the moment, whose actual self-interest lies in “flying-by-night” and making “quick kills.”

They confess their ignorance of the role of intelligence in the production process, of the wide intellectual context and long-range vision required to maintain a modern industry. They confess their inability to grasp the crucial importance of the moral values which are the motive power of capitalism. Capitalism is based on self-interest and self-esteem; it holds integrity and trustworthiness as cardinal virtues and makes them payoff in the marketplace, thus demanding that men survive by means of virtues, not of vices.

It is this superlatively moral system that the welfare statists propose to improve upon by means of preventive law, snooping bureaucrats, and the chronic goad of fear.

Ed. Note: What happened to Young Al Greenspan… His last known appearance was in the mid-’70s. Since then he’s become more of an urban legend, like Bigfoot or the Loch Ness Monster. Every now and then a document like the above essay will surface, proving he did in fact exist. But it never helps solve the mystery surrounding his disappearance. Nor, for that matter, does it help explain the eerie connection between “Young Al” and another, decidedly older man who, also calling himself Alan Greenspan, mysteriously emerged in 1987 to become Chairman of the Federal Reserve. Are they one and the same? How can that be? The Daily Reckoning email edition is on the case. Today’s issue provided readers with some important clues, along with a few unique profit opportunities, to boot. If you’re not receiving The Daily Reckoninig email edition, you’re really only getting half the story. Sign up for FREE, right here, and make sure you never miss a beat.

Young Al Greenspan was part of Ayn Rand’s “collective” during the 1950s and 60s. He was a staunch proponent of objectivism and laissez-faire capitalism. In 1966, he wrote the seminal work Gold and Economic Freedom. He was later appointed to the Council of Economic Advisors in 1974. Soon after, he mysteriously disappeared. To this day he remains unfound. Though highly implausible, some rumor that he became Old Alan Greenspan.