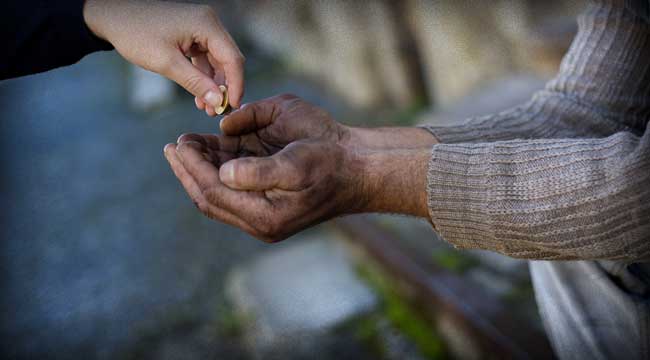 The 5 Biggest Myths About Income Inequality

“Inequality is the defining challenge of our time,” according to President Obama. It’s certainly the topic of the day for Paul Krugman, Joe Stiglitz and a whole raft of liberal pundits.

But have you noticed that hardly anyone else is talking about it? When is the last time you heard a shoeshine person or a taxi cab driver complain about inequality? For most people, having a lot of rich people around is good for business. But if average folks are not complaining should they be?

Unfortunately, a lot of what passes as serious commentary is actually myth. What follows are five examples.

The implicit assumption is that income limits our ability to enjoy life. But that turns out not to be true.

Myth No 1: Income for the average family has stagnated over the past 30 years.

Here is an oft-quoted statistic: From 1979 to 2007, taxpayers’ median real income, before taxes and before government transfers, rose by only 3.2%. Cornell University economist Richard Burkhauser, via Greg Mankiw, shows why that statistic is misleading:

So there you have it: real income for the average household actually increased by more than a third over the past 30 years.

This conclusion is consistent with other studies. A CBO study of family income over the same period of time found an increase almost twice that size: the average family experienced a 62% increase in real income.

Economists have a way of measuring inequality that includes the entire population, not just the average family or the top 1%. It’s by means of a Gini coefficient, which varies between 0 (complete equality) and 1 (complete inequality). One study found that between 1993 and 2009, the Gini value actually fell from .395 to .388 — meaning that inequality has actually declined in recent years.

Myth No. 2: People at the bottom of the income ladder are there through no fault of their own.

In a study for the National Center for Policy Analysis, David Henderson found that there is a big difference between families in the top 20% and bottom 20% of the income distribution: Families at the top tend to be married and both partners work. Families at the bottom often have only one adult in the household and that person either works part-time or not at all:

The average number of earners per family for the top group was 2.16, almost three times the 0.76 average for the bottom.

“…average families in the top group have many more weeks of work than those in the bottom and, in the late 1970s, the 12-to-1 total income ratio shrunk to only 2-to-1 per week of work, according to one analysis.”

Having children without a husband tends to make you poor. Not working makes you even poorer. And there is nothing new about that. These are age old truths. They were true 50 years ago, a hundred years ago and even 1,000 year ago. Lifestyle choices have always mattered.

Myth No. 3: Government transfer programs, like unemployment insurance, are an effective remedy.

Government transfers can ameliorate the discomfort of having a low income and few assets. But at the same time they tend to encourage people to remain dependent, rather than achieving self-sufficiency. And the loss of benefits as wage income rises acts as an additional “marginal tax” on labor.

University of Chicago economist Casey Mulligan is the leading authority on welfare programs and how they affect employment. At The New York Times economics blog, he wrote:

“As a result of more than a dozen significant changes in subsidy program rules, the average middle-class non-elderly household head or spouse saw her or his marginal tax rate increase from about 40% in 2007 to 48% only two years later. Marginal tax rates came down in late 2010 and 2011 as provisions of the American Recovery and Reinvestment Act expired, but still remain elevated — at least 44%… A few households even saw their marginal tax rates jump beyond 100% — meaning they would have more disposable income by working less… work incentives were eroded about 20% for unmarried household heads… in the middle of the skill distribution, while they were eroded about 12% among married heads and spouses…with the same level of skill.”

Overall, Mulligan estimates that up to half of the excess unemployment we have been experiencing is because of the generosity of food stamps, unemployment compensation and other transfer benefits.

Myth No 4: Raising the minimum wage is an effective remedy.

One of the few policy ideas President Obama has for dealing with inequality is raising the minimum wage. He thinks this will lift people out of poverty. Paul Krugman says the same thing. The difference is that Krugman is an economist who must surely know that the economic literature shows that raising the minimum wage does almost nothing to lift people out of poverty.

Richard Burkhauser and San Diego State University economist Joseph J. Sabia examined 28 states that increased their minimum wages between 2003 and 2007. Their study, published in the Southern Economic Journal, found “no evidence that minimum wage increases… lowered state poverty rates.” Part of the reason is that very few people earning the minimum wage are actually poor. Most are young people who live in middle income households. For example, the economists estimate that if the federal minimum wage were increased to $9.50 per hour:

Myth No. 5: Income is the best measure of wellbeing.

Why are we talking about income? The implicit assumption is that income limits our ability to enjoy life. But that turns out not to be true. One study found that consumption by those in the lower fourth of the income distribution was almost twice their money income. Moreover, consumption inequality is much less than income inequality.

A Bureau of Labor Statistics study found that:

“…in 2001, the Gini coefficient for consumption was only .280 (almost 30% lower than the Gini for comprehensive income, and about 40% lower than the Gini for money income), indicating that inequality with respect to this most meaningful measure of living standards is relatively modest. Moreover, according to the BLS, during the fifteen-year period between 1986 and 2001, consumption inequality went down slightly; from a Gini of .283 to a Gini of .280.”

Bottom line: the next time you hear someone complain about inequality, make sure they are not repeating these five myths.

John Goodman
for The Daily Reckoning

Ed. Note: The debate over “income inequality” isn’t going away. But thanks to Mr. Goodman, at least the positions are a bit clearer. But how does this benefit you? Well… If you’re a Laissez Faire Today reader, in addition to this essay, you were treated to a specific opportunity to safeguard your wealth, health and happiness regardless of income. It all centers around two specific words President Obama doesn’t want you to realize. If you didn’t get it, not to worry. The Laissez Faire Today email edition will be featuring more opportunities just like this one every weekday. Sign up for FREE, right here to ensure you never miss another one.