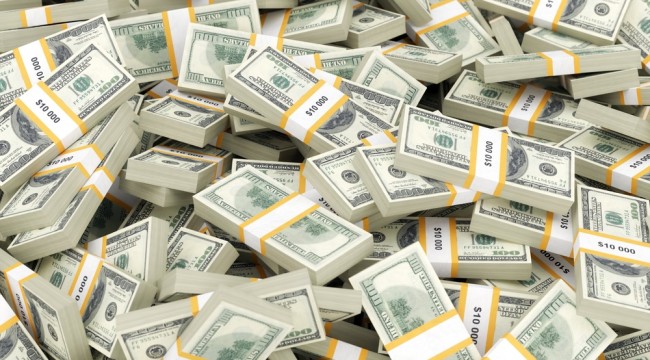 LONDON — A trillion dollars is a lot of money.

It’s roughly equivalent to a third of what Britain’s economy is expected to produce this year.

It’s also the amount investors have pulled out of emerging markets in the last 13 months, according to today’s FT.

Nowhere is the trend more typified than China, which seems to have dominated the narrative over the last couple of weeks.

The Smart Money’s Heading For the Exits

Here in London, One Hyde Park in Knightsbridge has become synonymous with the idea of rich tycoons and oligarchs parking their wealth, with little intention of actually living in the flats they buy.

A lot of the money pushing up property prices in the world’s major cities is coming from China, Jim says.

“Talk to the brokers, talk to reporters, talk to people on the ground, they’ll tell you these are Chinese buyers. Well, that’s the smart money in China getting out.”

Why are they getting out?

Well, this summer’s Chinese stock market wreck could be a factor, although the outflows started way before that.

Another factor is the corruption crackdown instituted by China’s president Xi Jinping.

A third is that, quite simply, there are more attractive options. China faces serious economic troubles. The US, by contrast, is actively talking up the prospect of raising the return on money by hiking interest rates.

In other words, there’s an awful lot riding on next month’s Federal Reserve decision. Its implications are global.

A dilemma for the Fed

Raise rates and the Fed risks exacerbating the pain being felt in Asia and elsewhere.

However, there’s only so long you can talk about a hike without doing it before your credibility is seriously strained.

“If the Fed had raised rates when they had the chance, which was 2010, 2011, they could cut them today,” says Jim.Of course, central bankers have already strained their credibility by pursuing emergency policies for more than half a decade.

But, of course, they didn’t do that. They missed an entire interest rate cycle. They stayed at zero the whole time. Bernanke, from 2009 to 2014, when he was in, made the same mistake that Greenspan made from 2002 to 2006, which is rates are too low for too long, all you do is create asset bubbles, and they’ve done it again, they’ve created asset bubbles in stocks and housing and those are gonna pop in due course.