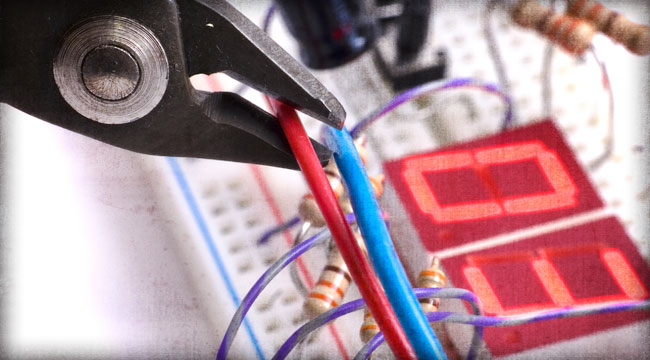 Dismantling Big Government to Save the Republic

“The first panacea for a mismanaged nation is inflation of the currency; the second is war. Both bring a temporary prosperity; both bring a permanent ruin. But both are the refuge of political and economic opportunists.”

— Ernest Hemingway, Notes on the Next War: A Serious Topical Letter

The transition from total war to world peace will go a lot faster if you, dear reader, recognize and own your own power. Own it and participate.

Without the reality, or a credible threat, of total war, Big Government loses its existential justification.

For the first time in a century, the deck is stacked in favor of liberty. Do help it along. As Roger Mexico memorably declares, in Thomas Pynchon’s tour de force Gravity’s Rainbow, “My mother is the war.” Spot on.

Certainly, war is the mother of the state. Without the reality, or a credible threat, of total war, Big Government loses its existential justification. Without such justification, it is doomed.

Well, Mom’s dead. All unnoticed, Big Government has been orphaned. It has lost its protectress. Absent a successful concoction of a casus belli by the warmongers among us, Big Government is set to fall. If we play shrewdly the hand we have been dealt, Big Government will fall faster than most of us yet imagine possible.

Big Government didn’t just happen. We the people built our little government into a big one, and for good reason. Big Government was our tool to take down the biggest, absolutist, most totalitarian and corrupt governments since Imperial Rome: the pure despotisms of National Socialism, militarism and communism.

Then… we won. The long war is over. But we haven’t quite noticed. Now we are beginning to take notice. We notice, too, that the power is ours for the taking back. We will take it back.

At the beginning of World War I, 80% of humanity was governed by emperors. Empire, of course, is the antithesis of liberty. A mere five years after the end of that war, four of the five great empires had fallen. The Chinese, Russian, Austro-Hungarian and Ottoman emperors had been overthrown. The least autocratic of the five empires, the British, inexorably was on its way to dissolution.

Humanity, which had been governed by emperors and royalty for millennia, abruptly overthrew its kings of kings. Once Paine stripped existential legitimacy from monarchy, the royal dominoes slowly, but surely, began to fall.

The fall of empire, however, did not — contrary to expectations — result in the rise of liberal republicanism. Tyrannical despots, replacing emperors, took power in Europe. Warlords — Nazis, fascists and communists — emerged. Hitler, Mussolini, Stalin and others assumed the role of despots.

Big Government exists, whether or not we are conscious of the fact, with our consent, the consent of the governed. Its legitimacy, and thus, its basis for existence, derives from big threats.

“Extraordinary claims require extraordinary proof,” a dictum credited to Marcello Truzzi and popularized by astronomer Carl Sagan, holds true for politics as well as science. A claim of right to appropriate trillions of dollars of the people’s money — our money — is, indeed, an extraordinary claim.

World war was the extraordinary proof. Without war, much of the federal edifice becomes as indefensible as the perquisites justified by the “divine right of kings.”

When the time is ripe, as now, epochal things may occur with blinding speed. As Victor Hugo noted in History of a Crime, “On resiste a l’invasion des armees; on ne resiste pas a l’invasion des idees.” This often is mistranslated to mean what we wish Hugo had said: “There is nothing as powerful as an idea whose time has come.”

The idea whose time has come? Peace.

What might the transformation look like? Well, we would expect it to begin with something very much like the Tea Party and Occupy Wall Street. Both of these were citizen uprisings whose message, however inchoate, was the same:

“Ahoy Big Government (and your big finance, big business, big media handmaidens): We regular people demand our power, our money and our dignity back.”

Most people typically take not the right path, nor the best path, but the path of least resistance.

But neither the Tea Party nor OWS understood a fundamental fact. Both failed to grasp that we, the rank and file citizens, had delegated our massive power to create Big Government to defeat totalitarian tyrants.

We built that. Knowing that one simple but heretofore overlooked fact makes it, now, truly, possible to take back our power (and money and dignity).

Naturally, those in government will resist by pretext and even, some of them, by duplicity. Nobody readily gives up power and its associated perquisites. But the relinquishment of power by those in authority, restoring it to the people, is, without world war or the credible threat of war, the path of least resistance.

Benko’s law (this one’s eponymous) holds: Most people typically take not the right path, nor the best path, but the path of least resistance.

Now, the war over, the path of least resistance is: small government liberal republicanism.

The connection between war and Big Government most poignantly was noted by New Republic writer Randolph Bourne, a proto-libertarian left-winger who died at age 32 in the influenza pandemic of 1918. Bourne wrote an essay, posthumously published in 1918, entitled “War is the Health of the State.”

In it, he observed:

“Government is obviously composed of common and unsanctified men, and is thus a legitimate object of criticism and even contempt. If your own party is in power, things may be assumed to be moving safely enough; but if the opposition is in, then clearly all safety and honor have fled the state…

“In a republic the men who hold office are indistinguishable from the mass. Very few of them possess the slightest personal dignity with which they could endow their political role; even if they ever thought of such a thing. And they have no class distinction to give them glamour. In a republic the government is obeyed grumblingly, because it has no bedazzlements or sanctities to gild it…

“The moment war is declared, however, the mass of the people, through some spiritual alchemy, become convinced that they have willed and executed the deed themselves. They then, with the exception of a few malcontents, proceed to allow themselves to be regimented, coerced, deranged in all the environments of their lives…

“The citizen throws off his contempt and indifference to government, identifies himself with its purposes, revives all his military memories and symbols, and the state once more walks, an august presence, through the imaginations of men…

“All of which goes to show that the state represents all the autocratic, arbitrary, coercive, belligerent forces within a social group, it is a sort of complexus of everything most distasteful to the modern free creative spirit, the feeling for life, liberty and the pursuit of happiness. War is the health of the state… The rulers soon learn to capitalize the reverence which the state produces in the majority, and turn it into a general resistance toward a lessening of their privileges.”

“Never doubt that a small group of thoughtful, committed citizens can change the world; indeed, it’s the only thing that ever has.”

This writer works in the capital and has for 30 years. He has worked on White House staff, on agency staff, as a federal subcontractor and as a policy advocate working extensively with civic leaders and on Capitol Hill. He thereby is privy to secrets scrupulously withheld from the general populace.

Let me whisper just one to you.

The most explosive of secrets is the power of constituents. Meaning, the power you, dear reader have (and probably neglect to exercise very much). It is unnecessary to participate in rallies and demonstrations (although you are free to do so if to your taste).

All that is required to right the ship of state is for a small number of citizens — for 1% of The Daily Reckoning’s readers, for instance — to participate actively in the open system of representative democracy.

As Margaret Mead supposedly said: “Never doubt that a small group of thoughtful, committed citizens can change the world; indeed, it’s the only thing that ever has.” She was quite right.

The DR has something like 600,000 readers; 1% of that is 6,000. This happens to be about what the Heritage Action think tank commands.

And with its 5,000 engaged citizens, Bloomberg BusinessWeek has dubbed Heritage’s president, former U.S. Sen. Jim DeMint, the “Shadow Speaker of the House.”

The feuding Republican political factions crudely (meanly and incorrectly) can be caricatured as dividing up between the “surrender caucus” — surrender to the social democratic agenda championed by the atavistic Big Government crowd — and the “suicide caucus” — those Tea Partiers who demand direct confrontation even if it puts at risk the relatively smaller government GOP’s perilously thin, 17-seat House majority.

Between these two factions is the narrow but vital unclaimed turf that could be called the “supply-side caucus.” The supply side always has been tiny — and disproportionately influential. The supply side’s governing ethos is a populist humanitarian one. The supply side is driven by equitable prosperity and civil liberty, not doctrine or dogma.

The suddenly reappearing supply side now is focusing on closing what its political champion, Rep. Kevin Brady (R-Texas) — not so incidentally the current chairman of the Congressional Joint Economic Committee — calls “the growth gap.”

Brady has been characterized as “the 6-trillion-dollar man.” Why 6 trillion?

World-class economist and public intellectual Charles Kadlec, an Arthur Laffer protege, sussed an obscure fact out of a Congressional Budget Office appendix. (This writer has deemed it the “Kadlec curve.”) It’s mind-boggling. Here it is.

Kevin Brady, the new Jack Kemp, is the official in Washington taking this fact the most seriously. Brady has a suite of comprehensive economic reforms designed, specifically, to raise GDP growth by 2% (or more) above baseline, creating millions of good new jobs, a great climate for investments to prosper andDis … bringing the federal budget back into surplus.

Brady has surrounded himself with the savviest team of economists, communicators, and strategists currently in evidence on Capitol Hill. He is offering a suite of legislation — the Centennial Monetary Commission Act, the Sound Dollar Act, the MAP Act — to cut out profligate spending and reform our monetary, regulatory and tax systems in ways that would turbocharge America’s — and the world’s — economy.

Have you — citizen! — told your Representative to support his legislation? High time.

Ed. Note: Now is the time to act. Stay informed. Sign up for The Daily Reckoning email edition, for free, and get the most up-to-date analysis of what’s going on behind the scenes in Washington… and how to profit in spite of it. Don’t wait. Your next issue is just a few hours away. Sign up for free, right here.

Did They Steal the Election From Trump?

Is America gripped by a “delusional psychosis?”… The American Stasi…