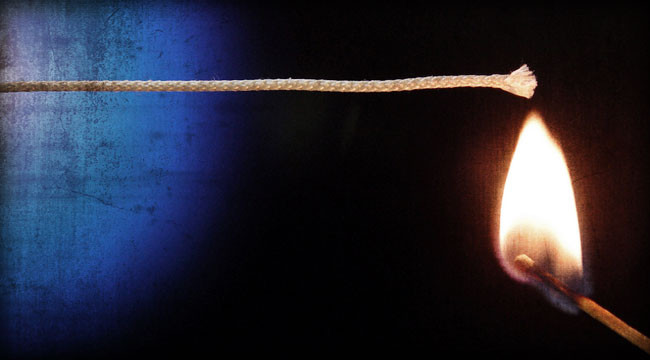 That Financial Crisis Was No Accident

As a distant but interested observer of history and investment markets I am fascinated how major events that arose from longer-term trends are often explained by short-term causes. The First World War is explained as a consequence of the assassination of Archduke Franz Ferdinand, heir to the Austrian-Hungarian throne; the Depression in the 1930s as a result of the tight monetary policies of the Fed; the Second World War as having been caused by Hitler; and the Vietnam War as a result of the communist threat.

Similarly, the disinflation that followed after 1980 is attributed to Paul Volcker’s tight monetary policies. The 1987 stock market crash is blamed on portfolio insurance. And the Asian Crisis and the stock market crash of 1997 are attributed to foreigners attacking the Thai Baht (Thailand’s currency). A closer analysis of all these events, however, shows that their causes were far more complex and that there was always some “inevitability” at play.

Simply put, a financial crisis doesn’t happen accidentally, but follows after a prolonged period of excesses…

Take the 1987 stock market crash. By the summer of 1987, the stock market had become extremely overbought and a correction was due regardless of how bright the future looked. Between the August 1987 high and the October 1987 low, the Dow Jones declined by 41%. As we all know, the Dow rose for another 20 years, to reach a high of 14,198 in October of 2007.

These swings remind us that we can have huge corrections within longer term trends. The Asian Crisis of 1997-98 is also interesting because it occurred long after Asian macroeconomic fundamentals had begun to deteriorate. Not surprisingly, the eternally optimistic Asian analysts, fund managers , and strategists remained positive about the Asian markets right up until disaster struck in 1997.

But even to the most casual observer it should have been obvious that something wasn’t quite right. The Nikkei Index and the Taiwan stock market had peaked out in 1990 and thereafter trended down or sidewards, while most other stock markets in Asia topped out in 1994. In fact, the Thailand SET Index was already down by 60% from its 1994 high when the Asian financial crisis sent the Thai Baht tumbling by 50% within a few months. That waked the perpetually over-confident bullish analyst and media crowd from their slumber of complacency.

I agree with the late Charles Kindleberger, who commented that “financial crises are associated with the peaks of business cycles”, and that financial crisis “is the culmination of a period of expansion and leads to downturn”. However, I also side with J.R. Hicks, who maintained that “really catastrophic depression” is likely to occur “when there is profound monetary instability — when the rot in the monetary system goes very deep”.

Simply put, a financial crisis doesn’t happen accidentally, but follows after a prolonged period of excesses (expansionary monetary policies and/or fiscal policies leading to excessive credit growth and excessive speculation). The problem lies in timing the onset of the crisis. Usually, as was the case in Asia in the 1990s, macroeconomic conditions deteriorate long before the onset of the crisis. However, expansionary monetary policies and excessive debt growth can extend the life of the business expansion for a very long time.

In the case of Asia, macroeconomic conditions began to deteriorate in 1988 when Asian countries’ trade and current account surpluses turned down. They then went negative in 1990. The economic expansion, however, continued — financed largely by excessive foreign borrowings. As a result, by the late 1990s, dead ahead of the 1997-98 crisis, the Asian bears were being totally discredited by the bullish crowd and their views were largely ignored.

While Asians were not quite so gullible as to believe that “the overall level of debt makes no difference … one person’s liability is another person’s asset” (as Paul Krugman has said), they advanced numerous other arguments in favour of Asia’s continuous economic expansion and to explain why Asia would never experience the kind of “tequila crisis” Mexico had encountered at the end of 1994, when the Mexican Peso collapsed by more than 50% within a few months.

In 1994, the Fed increased the Fed Fund Rate from 3% to nearly 6%. This led to a rout in the bond market. Ten-Year Treasury Note yields rose from less than 5.5% at the end of 1993 to over 8% in November 1994. In turn, the emerging market bond and stock markets collapsed. In 1994, it became obvious that the emerging economies were cooling down and that the world was headed towards a major economic slowdown, or even a recession.

But when President Clinton decided to bail out Mexico, over Congress’s opposition but with the support of Republican leaders Newt Gingrich and Bob Dole, and tapped an obscure Treasury fund to lend Mexico more than$20 billion, the markets stabilized. Loans made by the US Treasury, the International Monetary Fund and the Bank for International Settlements totalled almost $50 billion.

However, the bailout attracted criticism. Former co-chairman of Goldman Sachs, US Treasury Secretary Robert Rubin used funds to bail out Mexican bonds of which Goldman Sachs was an underwriter and in which it owned positions valued at about $5 billion.

At this point I am not interested in discussing the merits or failures of the Mexican bailout of 1994. (Regular readers will know my critical stance on any form of bailout.) However, the consequences of the bailout were that bonds and equities soared. In particular, after 1994, emerging market bonds and loans performed superbly — that is, until the Asian Crisis in 1997. Clearly, the cost to the global economy was in the form of moral hazard because investors were emboldened by the bailout and piled into emerging market credits of even lower quality.

…because of the bailout of Mexico, Asia’s expansion was prolonged through the availability of foreign credits.

Above, I mentioned that, by 1994, it had become obvious that the emerging economies were cooling down and that the world was headed towards a meaningful economic slowdown or even a recession. But the bailout of Mexico prolonged the economic expansion in emerging economies by making available foreign capital with which to finance their trade and current account deficits. At the same time, it led to a far more serious crisis in Asia in 1997 and in Russia and the U.S. (LTCM) in 1998.

So, the lesson I learned from the Asian Crisis was that it was devastating because, given the natural business cycle, Asia should already have turned down in 1994. But because of the bailout of Mexico, Asia’s expansion was prolonged through the availability of foreign credits.

In turn, the weakening of the Asian currencies reduced the value of the collateral, because local assets fall in value not only in local currency terms but even more so in US dollar terms. This led locals and foreigners to liquidate their foreign loans, bonds and local equities. So, whereas the Indonesian stock market declined by “only” 65% between its 1997 high and 1998 low, it fell by 92% in US dollar terms because of the collapse of their currency, the Rupiah.

As an aside, the US enjoys a huge advantage by having the ability to borrow in US dollars against US dollar assets, which doesn’t lead to a mismatch of assets and liabilities. So, maybe Krugman’s economic painkillers, which provided only temporary relief of the symptoms of economic illness, worked for a while in the case of Mexico, but they created a huge problem for Asia in 1997.

Similarly, the housing bubble that Krugman advocated in 2001 relieved temporarily some of the symptoms of the economic malaise but then led to the vicious 2008 crisis. Therefore, it would appear that, more often than not, bailouts create larger problems down the road, and that the authorities should use them only very rarely and with great caution.

Ed. Note: Just like in 1994, 1998 and 2008 , stimulus, money printing and low interest rates are relieving short-term economic pain… at a great long-term cost. Still, you’d be very surprised at what could happen over the next decade… Readers of today’s free Daily Reckoning email edition were given a chance to learn about that first-hand, and how they might profit from it in the process. Don’t miss out on another incredible opportunity just like this. Sign up for the FREE Daily Reckoning email edition, right here.