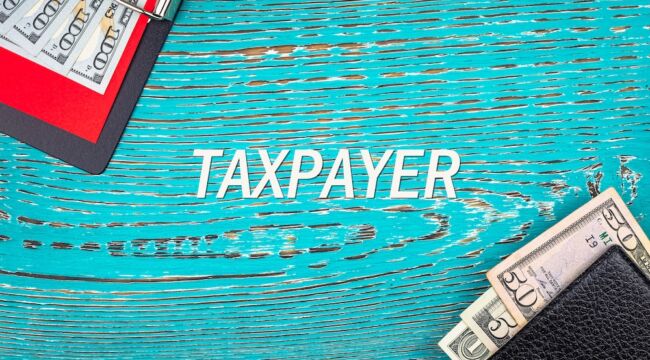 The president is evidently facilitating wickedness by the wholesale…

Today he announced plans to wash away up to $10,000 in student loan debt for those wicked debt-kiters earning under $125,000 per year.

Those who received Pell Grants may be forgiven $20,000. The United States Department of Education estimates 27 million wicked will qualify for the $20,000 forgiveness.

In all, some 45 million groan beneath a combined $1.7 trillion of student debt. And so the president declared this afternoon:

In keeping with my campaign promise, my administration is announcing a plan to give working- and middle-class families breathing room as they prepare to resume federal student loan payments in January 2023.

Just so. Yet why now? Might it relate to the upcoming midterm elections?

We suspect strongly a political motivation.

A recent poll — a Harvard poll — revealed that 85% of voters below 30 declared for wickedness. They are for debt erasing to one degree or other.

Fully 38% were for a complete clearing away of all student loan debt — wickedness absolute, wickedness unadulterated.

The president’s scheme was likely hatched to draw this crowd to the polls (or the drop boxes?) in November.

Does the president wield the authority to clear away student debt at a stroke?

We have scoured Article II of the United States Constitution. We discovered no lawful provision.

Not even our legal analysts — themselves vastly skilled in the dark and oily arts of constitutional interpretation — can locate one.

Yet put the Constitution aside… as it has been put aside for much of American history. We appeal instead to simple justice.

The Taxpayer Foots the Bill

The proposal is merely a weight transfer from one set of shoulders to another.

Student loan forgiveness does not mean creditors will go scratching under the customary system of profit and loss.

Behind these loans stands the taxpayer, the sore-beset taxpayer — the taxpayer who must tend to his own debts — with no one to cushion his fall lest he fall into arrears.

On his shoulders the load will fall. He will make good the differences. He will ensure that creditors walk away undamaged, with whole skins.

Many taxpayers have also assumed past student debt. Yet they met the terms of their contracts… and retired their debts, honestly and honorably.

And now they must brunt the burden for those absolved of their debts — many of whom pursued joke degrees in sociology or gender studies or some other juiceless discipline.

America is lending money it doesn’t have to kids who can’t pay it back to train them for jobs that no longer exist. That’s nuts.

Many newly burdened taxpayers take in a good deal less than the wicked whose debts they will assume.

Working-class people will now pay more in taxes to cover the costs of forgiving student loans for elites who got college degrees or professional training.

We believe you know the answers. Research by the Wharton School of Business concludes that:

Between 69–⁠73% of the debt forgiven accrues to households [that rank] in the top 60% of the [U.S.’] income distribution.

So Much for Deficit Reduction

The Congressional Budget Office estimated it would slim the deficit by $305 billion over the next decade.

We do not believe the legislation would reduce deficits in the least. Yet let us accept CBO’s optimistic crystal gazing, that the bill would clear $305 billion over the next decade.

This proposed student loan forgiveness would put the $305 billion right back upon the books — and then some more.

The abovesaid Wharton School of Business and its numbers crackerjacks estimate that:

A $25 billion overall addition to the deficit — how do you like it?

We have seen estimates higher yet… incidentally.

Yet Jim Rickards sketches the scene in darker colors yet. He argues student loan forgiveness will send deficits spiraling. Here we quote Jim at length:

To understand the importance of this announcement, it’s necessary to drill down a bit on exactly how the student loan market works.

The total amount of student loans outstanding is about $1.7 trillion. [That’s not reported as part of the deficit because] the Treasury is not the actual lender (this is done through third-party lenders and loan servicers). But the Treasury guarantees repayment of the loans to the lenders.

Since the obligation is a guarantee rather than a loan, it is “off-the-books” for budget deficit purposes. That’s fine as long as the loans are repaid. But when the loans default, the lenders turn to the Treasury to compensate them by performing on the guarantee.

The Treasury writes a check to the lender and that’s when the bad loan hits the government books.

When that happens, the entire $1.7 trillion will hit the deficit books at one time on top of the multiple trillions of dollars of deficit spending that has already occurred. And who pays for that deficit spending?

In the end, you pay for it as a taxpayer.

None of this is well understood by the general public… The less people know, the easier it is to hijack $1.7 trillion of taxpayer wealth.

That bill is coming soon and it’s just one more headwind to economic recovery, as if we don’t face enough already.

We do not pretend to know how high deficits will mount over the next 10 years or even the next two years — though we hazard they will be plenty handsome.

We are far more confident in our understanding of politicians, particularly in election years such as this.

The great Mencken argued that democratic elections are “a sort of advance auction sale of stolen goods.”

We believe there is great justice here.

Baltimore’s sage further argued that“When A annoys or injures B on the pretense of saving or improving X, A is a scoundrel.”

In the case before us B is the American taxpayer and X is the student loan-indebted — the wicked under Psalms 37:21.

And A is the sitting president…