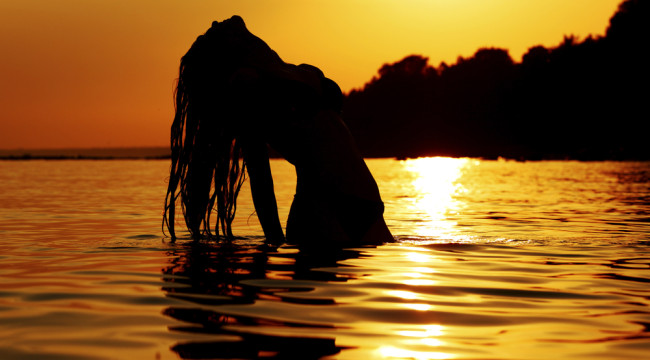 Sunset on the Summer Gold Rally

The summer gold rally that began in late June ended overnight as the metal plunged below $1,350. As of early this morning, gold is off $32, resting near its recent lows at $1,330. September — a month that is usually very good for gold — has not been kind to the yellow metal so far… 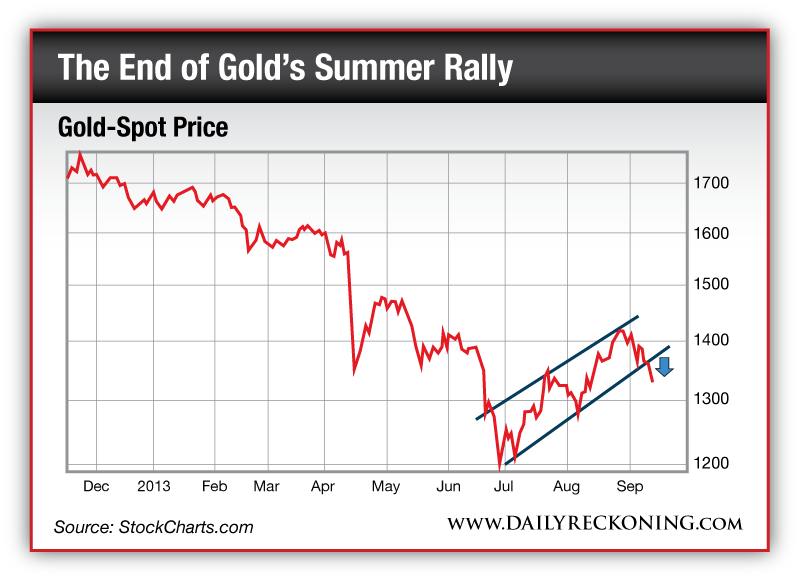 I’ve remained skeptical of gold’s summer rally since it failed to top its June highs near $1,425 last month. This price was crucial for gold since it marked the consolidation area after the big dump back in April- May. When it rolled over after briefly topping $1,425 just a few weeks ago, it became clear that lower prices were on the way. Now that the counter-trend rally is broken, I suspect gold will make a quick break toward $1,200 and its 2013 lows.

Keep in mind that gold continues to break down from a massive, secular bull market that lasted more than a decade. While these counter-trend rallies are great for traders, they also act as opportunities for trapped longs to unwind their positions.

Many traders and investors have insisted for weeks that the June lows would become a major turning point for gold. Some even said it was the beginning of another major push toward new highs. This was simply wishful thinking.

When it comes to investing, hope is a dangerous emotion. Don’t allow your opinions to be swayed by hopeful investors. It only leads to losses…

P.S. My long-term landing zone for gold is still between $1,100 – $1,000. A break below $1,200 sometime over the next several weeks will bring us another step closer to my downside target. Sign up for my free Rude Awakening email, and learn how to plan accordingly.