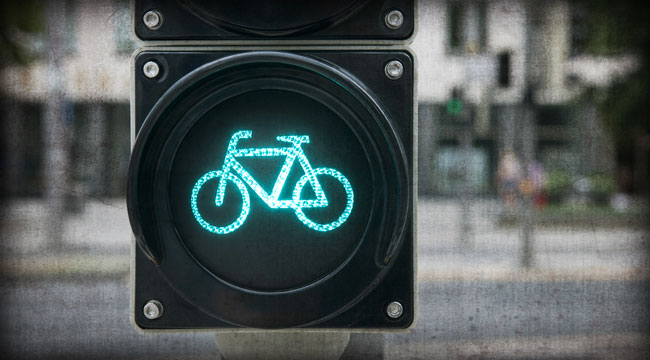 Stop Sitting in Traffic: City Commuting at its Finest

OK, let’s start with the facts: I’m not a big fan of Kickstarter, I don’t like urban bikes because they’re always too clunky and heavy, I don’t like bikes painted white and I’m not a fan of the folding system used on folding bikes. But here I am about to tell you about a white, folding, urban bike you can only get (so far) on Kickstarter. It’s called the Gi FlyBike, and it does fly, at least in two dimensions on the ground. 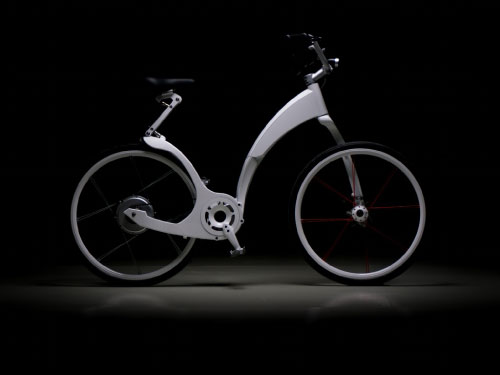 Pick this bike up at the right spot and it folds in half immediately.

Yes, it’s electric (please don’t call them e-bikes), which makes it effortless to ride even though it weighs a slightly ridiculous 37 pounds. Don’t like to pedal a heavy bicycle around town? Then think of this as what it really is: a lightweight electric scooter. And its range, fully charged, is an impressive 40 miles. But that’s just where the good stuff ends and the truly incredible begins.

First of all, it takes about two seconds to fold the bike in half. (The company claims one second, but I’m doubling that.) Pull an ingenious latch on the frame and the bike folds itself in half. Yes, the handlebars stick out a bit, as does the seat, but this is so easy to do, you will forget about a little awkwardness. In fact, you’ve got to watch the video below to get it.

Second, this bike locks itself. That may not seem like a big deal, but it is. Dealing with those awful, heavy, cumbersome bike locks you have to carry around that add ridiculous pounds to your ride is more than annoying. Get 15 feet away from the bike and it locks itself up.

Third, there is no chain. I hate chains — greasy, noisy and virtually impossible to clean. This bike has a belt. Think of it as a low-power Harley.

Fourth, the tires don’t EVER have to be pumped up. No pump to find every time you want to ride, no flats, no worries. The tires are semisolid.

Fifth: A GPS-friendly, cellphone-based system. You take your phone, mount it on the pad at the center of the handlebars and it gets charged by the battery as it becomes your GPS for guiding you on bike-friendly roads thanks to Google Maps. A small idea that makes your riding around town far easier.

Sixth: Lights built in that are designed properly. No more paying insane prices for LED add-on lights that never work correctly tacked onto your handlebars. This is the only bike I know of that has lights designed specifically for it. Would you buy add-on headlights for your car?

I love the idea of city bikes, but I dislike the realities of most systems. You want to go uptown on a bike that doesn’t have the germs of 65 other riders on it and you want to arrive on a hot day without needing a shower? This is your ride. Go get it before they’re sold out.

Oh, and one other thing. Though $1,990 may seem a bit steep for a bicycle, check out the prices of other electric bikes. Not only is this a bargain, it is far more pleasing to the eye than almost any other bicycle anywhere. You’ll get looks.

Ed. Note: The future of technology is one of the most important and potentially lucrative bits of information you can know. Readers of Tomorrow in Review know that better than anyone. It’s a free service dedicated to examining the most incredible technologies the world has to offer… and to giving its readers regular opportunities to profit from them. Sign up for FREE, right here, and start getting tomorrow’s news today.