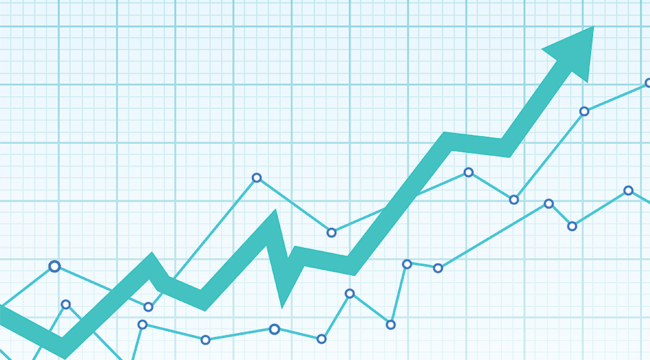 "Stocks Only Go Up"

How crazy have markets become lately?

One new investor has said, “Stocks only go up,” while unemployed people are using their stimulus check to trade stocks:

“It was basically free money,” said one of them… “It’s like a gambling game.”

If you want to talk about craziness, just look at Hertz…

Hertz filed for bankruptcy on May 22. Then a bizarre thing happened. Some of those newbie investors who had just received their coronavirus stimulus checks opened online retail accounts at brokers like Robinhood and started buying Hertz!

The stock was sure to end up with zero value, but they didn’t care. If you bought it for $1.00 per share and could dump it for $3.00 per share, you tripled your money even if the stock ends up at zero.

That’s crazy enough, but then things got crazier.

Hertz saw its stock price going up and decided to sell $1 billion of stock in a new issue.

Investment bank Jefferies Co. agreed to underwrite the deal. The SEC signed off on the offering document.

Of course, in bankruptcy you have to get approval from the bankruptcy court. Many assumed the judge would put an end to the nonsense, but he didn’t. The judge approved the deal.

Just to be clear, if Hertz raises $1 billion, that money will go straight to creditors. Stockholders will still get zero. That’s why the judge approved the deal, because his job is to help the creditors.

This will be an expensive lesson in bankruptcy law for those who buy the equity, unless they sell to another sucker just in time.

I wish them all well.

Stocks Can Go Down After All

But the frenzied market rally of the past few weeks hit a snag last week. The Dow lost 5.5% on the week, while the S&P gave up 4.7%, making it the worst week since March 20.

I guess stocks go down after all.

The market was down big this morning, extending last week’s losses, before rebounding this afternoon.

But it’s clear that investors are getting nervous about the resurgence in U.S. coronavirus infections, which places the prospects of a V-shaped recovery further in doubt (it wasn’t going to happen anyway).

Well, we’ve all lived through the first wave of coronavirus infections (technically the SARS-CoV-2 virus and the COVID-19 disease).

Along with that came an unprecedented economic lockdown that has triggered a global depression.

Even during the Spanish flu pandemic of 1918–19 that killed 100 million people, there was no full-scale lockdown, although many large gatherings, sporting events and concerts were cancelled.

We’re just now starting to come out of our self-quarantines and small businesses are gradually reopening. That’s the good news.

The bad news is we’re hearing a lot about a so-called “second wave” of infections that could bring back another lockdown.

One professor of medicine at the Vanderbilt University School of Medicine has said, for example, “The second wave has begun.”

These concerns are causing market declines and volatility. But I don’t think many people really understand what a true second wave is.

There are new outbreaks of the disease, but these are still part of the first wave. We’re still experiencing the first wave, in other words.

Watch out for the Second Wave

The virus has a predictable pattern in a given locale. That generally means about an eight–10-week course with a peak after five weeks, then a gradual diminution.

But it does not hit every locale at the same time. What’s happening in Florida, Arizona, Texas and elsewhere today is just another version of what already hit New York. It’s just happening later in the timeline because of population density and different lockdown rules.

But again, it’s still the first wave. A true second wave happens after a period of relative calm. The virus mutates into a more lethal form and strikes again.

Those with antibodies from the first wave may do better, but others are highly susceptible to the second wave and the fatality rate can be much higher.

That’s what happened in the Spanish flu a century ago. The first wave was March–June 1918. It was fatal but tailed off quickly. The second wave hit in October 1918 and was much more fatal.

COVID-19 isn’t anywhere near as bad as the Spanish flu was. But if we get a second wave, it could be more lethal than the first. It is likely to strike in December 2020. Let’s pray it doesn’t happen, but it’s too soon to rule it out.

The Rise of the Pezzonovante

Pezzonovante is a colorful Sicilian term famously used in the script for The Godfather. It basically means “big shot” or “self-important.”

It’s used in a derogatory sense to describe politicians who think they’re better than everybody else. One of the unpleasant side effects of the coronavirus lockdown is the rise of a new pezzonovante class among U.S. politicians.

It is true that political figures, especially governors and mayors, do have emergency powers to deal with public health crises or natural disasters. However, all such powers must be conducted in a constitutional framework with consideration for economic, medical and other factors balanced out.

The problem is that every elected official has an inner dictator who can’t wait to start bossing people around with arbitrary executive orders and no due process of law. That’s what’s been happening since the lockdowns began.

State governors were issuing “lockdown” orders, arresting people without face masks and revoking business and liquor licenses from small-business owners trying to earn a living, all without legal authority.

When these neofascist tactics are challenged in court, the state often loses. But not every small-business person can afford the legal fees to bring suit.

The lockdown did slow the spread of the virus and did save some lives, that’s true. But, the gains may only be temporary.

Remember, “flattening the curve” does not mean reducing total infections and deaths. It just means stretching them out over a longer period so the hospital system is not overwhelmed.

Let’s look at one pezzonovante…

An Offer You Can’t Refuse

New York Gov. Andrew Cuomo was responsible for 5,000 unnecessary deaths because he ordered COVID-19 patients to be forced into assisted living facilities where residents got ill and died as a result.

(Never mind that the science of face masks is not at all clear; many experts take the view that they don’t work and can do more harm than good except for medical personnel who face constant exposure.)

The point is that transparency and good communication with the public combined with voluntary compliance can get the job done. Orders and threats don’t help and prompt many people to do the opposite.

Leaders like Andrew Cuomo will just delay the economic recovery without doing anything to slow the spread of the virus. This is just one example of the new pezzonovante throwing their weight around without concern for the public good.

The “inner dictators” are on the loose and economic recovery will suffer as a result.

Unfortunately, they’re not going away.