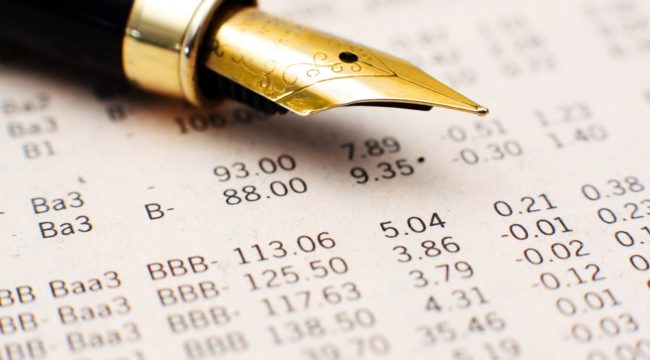 Stocks and Bonds Are on a Collision Course

One of the following is correct:

They both can’t be true. Consider: The stock market has sprung to record highs this week. Shocking, given the world was coming to an end after Brexit. But it’s true. Both the S&P and the Dow eclipsed previous records this week.

What does that normally indicate? A rollicking economy in high gear, stability, investor belief in the future. Maybe some “healthy” inflation into the bargain.

Now consider: Bonds are also trading at record highs. Meaning yields are at historic lows (prices and yields move in opposite directions — the higher the price, the lower the yield, and vice versa).

Yields on 10-year Treasuries plunged to all-time lows this month. Same with 30-year Treasuries. That would normally signal an economy on the brink of ruin and investors panicking into government bonds. It also means deflation of the hide-the-women-and-children variety.

TheTelegraph: “Bond markets are signaling something very nasty coming down the road at us — an all-encompassing, worldwide deflation.”

Two completely different narratives. One wrong, one right. Someone’s in for a nasty shock — and probably soon.

Who’s the jury to believe? Generally, the bond market. As Neil Irwin of The New York Times explains, “Savvy economic analysts have always known the bond market is the place to look for a real sense of where the economy is going, or at least where the smart money thinks it is going.”

Here he dumps more rain on the parade: “And right now, if the bond market is correctly predicting the economic path ahead, we should all be terrified.”

Disconcerting. But is the bond market correctly predicting the economic path ahead?

The optimists say the bond market has overreacted to Brexit. That the current situation is an anomaly, a one-off, a temporary detour. Markets have jumped to record highs, they remind us. Stocks are right, and bonds will get their comeuppance.

It is true that the yield on the 10-year Treasury has crept higher since its low almost two weeks ago. But assuming the future isn’t nearly as grim as bonds are saying, doesn’t that mean the bond market is horribly imbalanced… and due for a rather unpleasant correction?

The Telegraph again: “Let’s hope [bond markets] are wrong, but the end result is scarcely more appetizing if they are, for it would mean bonds are massively mispriced, leaving the financial system facing potentially huge losses.”

Then there’s the worst-case scenario: What if bonds are right after all?

Below, David Stockman shows you why a multitrillion-dollar bond implosion is an “absolute certainty.” Read on.

Last year Japan lost another 272,000 of its population as it marches steadily toward its destiny as the world’s first bankrupt old age colony. At the same time, the return on Japan’s 40-year bond during the last six months has been an astonishing 48%.

We aren’t talking Tesla, the biotech index or the FANGs. To the contrary, like the rest of the Japanese Government Bond (JGB) yield curve, this bond has no yield and no prospect of repayment. But that doesn’t matter because it’s not really a sovereign bond, anyway. It has actually morphed into a risk free gambling chip.

Leveraged front-runners are scooping up whatever odds and sots of JGBs that remain on the market and are selling them to the Bank of Japan (BOJ) at higher, and higher and higher prices. At the same time, these punters face virtually no risk. That’s because the BOJ already owns 426 trillion yen of JGBs, which is nearly half of the bonds outstanding. And it is buying up the rest at a rate of 80 trillion yen per year under current policy, while giving every indication of sharply stepping up its purchase rate as it segues to outright helicopter money.

It can therefore be well and truly said that the BOJ is the ultimate roach motel. Virtually every scrap of Japan’s gargantuan public debt will go marching into its vaults never to return, and at “whatever it takes” bond prices to meet the BOJ’s lunatic purchase quotas.

Surely, BOJ Governor Kuroda will go down in history as the stupidest central banker of all-time. But in the interim the man is contributing — along with Draghi, Yellen and the rest of the central bankers guild — to absolute mayhem in the global fixed income market.

That’s because these fools have succeeded in unleashing a pincer movement among market participants that is flat-out suicidal. That is, the leveraged fast money gamblers are chasing prices ever higher as sovereign bonds become increasingly scarce.

At the same time, desperate bond fund managers, who will lose their jobs for just sitting on cash, are chasing yields rapidly lower on any bond that still has a positive current return. This is the reason the 30-year U.S. treasury bond has produced a 22% return during the last six months. To say the least, that’s not shabby at all considering that its current yield is just 2.25%.

Neil Dwayne, global strategist at Allianz Global Investors, is still buying. “Every piece of analysis we do on the bond market tells us they are structurally overvalued,” he said. But he is buying Treasurys anyway. “That’s what you have to do when you have the ludicrous valuations in Europe and Japan.”

Exactly. The poor man is buying a bond he hates because Draghi and Kuroda have driven him out of what amounts to a $15 trillion corner of the sovereign debt market. The frenzied flight of yield seeking fixed-income investors is even more dramatically evident in the case of Japan. As Zero Hedge recently demonstrated, Japanese investors have been frantically buying foreign bonds at record rates, as they scour the planet for yield.

This planetary scramble for yield puts Janet Yellen right in the financial dunce chair where she belongs. She and the rest of her posse keep insisting that 90 months of zero interest rates and $3.5 trillion of bond-buying have so far produced no serious signs of over-valuation or bubbles.
But what does she think is happening in the U.S. Treasury market at this very moment?

Over the last seven years, the Fed has done its level best to drive U.S. treasury yields into the basement of economic plausibility. Now the other major central banks are finishing the job.
In addition to the Wall Street front-runners, we now have institutional fund managers from all over the world piling into the U.S. bond market in frantic chase of the last positive yield standing.

Needless to say, this can’t go on much longer. The weighted average yield in the entire developed market (DM) government bond market has now skidded to just 40 basis points. At the current rate of decline, the entire global market will be in subzero land by the end of the year.

You could call this central bank-driven yield stripping. That would be bad enough if its effects were limited to just the vast moral hazard it poses to governments and politicians all over the world. After all, we are now entering the zone in which government debt is tantamount to free money. And in fact, Germany actually issued new ten-year debt this week which bears a negative coupon. In just the last three years, bund auctions have gone from what were all-time low yields in the 2% range at the time, to the netherworld of subzero.

But in the meanwhile, it is not just politicians that are being lulled into the delusion of free money. The central bank-driven stampede for yield has spilled over into every nook and cranny of the fixed income and equity markets around the world. Anything yielding just a sliver more than sovereign debt has been drastically overvalued.

It now appears that U.S. corporate bond issues will hit a record $1.7 trillion this year — or 55% more than the last blow-off in 2007. And that is due to one reason alone — bond managers are desperate for yield and are moving further out the risk spectrum exactly as our monetary central planners have ordained.

But here’s the thing. Real net business investment in the U.S. is still 10% below its turn-of-the century level. Accordingly, this massive fund-raising spree by corporate America is being cycled right back into the stock market in the form of stock buybacks, M&A deals and other financial engineering maneuvers.

In fact, during the most recent quarters the S&P 500 companies have cycled back into the Wall Street casino upwards of 125% of their net incomes in the form of dividends and buybacks. Yet Janet Yellen and her merry band see no bubbles.

Needless to say, you do not need a Ph.D. in econometrics to see that this fact goes a long way toward explaining an especially relevant mystery of the moment: How is it that the S&P 500 could be trading at an all-time high at 25X reported earnings at the very time that retail equity fund outflows have sharply intensified? During the last six months in fact, equity fund outflows have even exceeded levels experienced after the 2001–2002 dotcom bust.

Yes, the buyer of last resort is the stock trading rooms in America’s corporate C-suites. Our stock option-crazed CEOs and boards are doing nothing less than de-equitizing their balance sheets and eating their seed-corn.

Someday the due bill will arrive. But in the interim it is useful to contemplate the starting point. Corporate finances are being ransacked owing to the scramble for yield set in motion by central banks and the $13 trillion of subzero sovereign debt that has been generated in the last two years.

In short, the global bond market has become a giant volcano of uncollectible capital gains. For example, long-term German bonds issued four years ago are now trading at 200% of par. Yet even if the financial system of the world somehow survives the current mayhem, the German government will never pay back more than 100 cents on the dollar.

Can you say multi-trillion dollar bond implosion? Better try. Its eventual arrival is an absolute certainty.