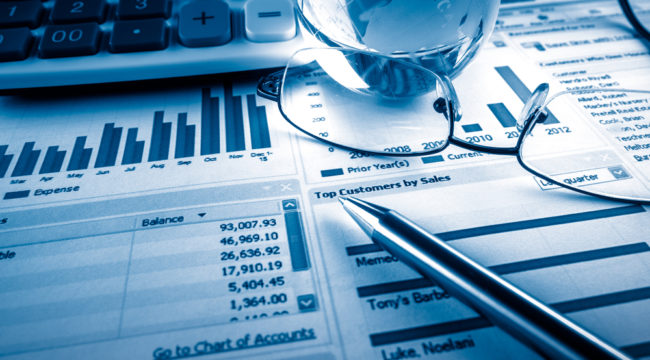 Kind heaven, no! 2008 — again? That’s how it feels to one John Anderson of Smith & Williamson Investment Management in London.

“Government bond yields are telling you something very nasty is about to happen,” he added. His concerns are not isolated.

According to Bloomberg, the 12-month dividend yield of the S&P 500 is now greater than that of the 30-year Treasury. That hasn’t happened since the depths of the financial crisis of 2008–09, shrieks Bloomberg:

“We’re witnessing something happening with U.S. Treasury yields that has never been outside of one of the greatest financial crises of all time.”

So… is the bond market one big bubble waiting to burst? The case is before the jury…

“Everyone is trying to react to a situation we’ve never been in before,” notes Stewart Richardson of London’s RMG Wealth Management. “We’ve had shocks to the system before, but we haven’t had one like this,” he continues. “And we won’t know the answers for a long time.”

No, perhaps we won’t. Don’t look now, but the system may be in for its first Brexit aftershock. And it could be a lulu…

Italy — the eurozone’s third-largest economy — could be on the verge of its own crisis. It could spread far and wide, too.

The country is up to its bulbi oculari in debt. And Italian banks are buried under a heaping $540 billion pile of bad loans. Italian bank stocks have tumbled about 30% since Brexit.

If the Italian domino falls, it could trigger a contagion Europe would probably find impossible to contain…

“Italy is essentially the fault line of Europe,” said a former IMF official, quoted in Reuters. “Both the public debt and the banking sector are on a powder keg.”

Putting an even sharper point on it, Stephen Bartholomeusz of Australia’s Business Spectator warns, “If the eurozone starts to implode at its core, of course, the implications won’t be confined to Italy or even to Europe.”

But the post-Brexit crisis might have a marathon run ahead of it, even if markets stabilize in the interim and Italy shapes up. As Jim Rickards has noted, “The time scale of global financial contagion is not necessarily limited to days or weeks. These panics can play out over months and years.”

Jim notes, for example, that the Russian/Long Term Capital Management panic of August 1998 actually started in Thailand in June 1997. Then spread around the world. And the Lehman/AIG panic of September 2008 actually began in the mortgage market in July 2007. It then spread through Bear Stearns and Fannie Mae before becoming a full-scale panic.

Is it possible that the next global panic may have started… but we won’t feel its full brunt for a year or more?

Whenever it comes, Jim says the Fed won’t be able to patch Humpty Dumpty together next time:

There are two big differences between today and 1998. The first is that markets are much more densely linked. If 1998 was halftime in the globalization game, we are now late in the fourth quarter. The second difference is that the Fed has no room to cut interest rates as they did in 1998. The Fed blundered by not raising rates in 2010 and 2011 when they had the chance. Now investors must pay the price for that historic blunder.

Question: Have you bought your gold yet?