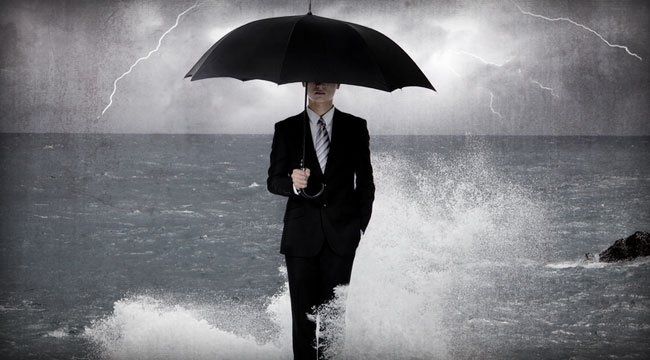 Sound Investments in a Time of New Crisis

Ukraine is bad; indeed, the situation is a looming disaster for Western interests. I expect, however, that the mil-tech side of the economy will benefit, and I’ll address a few ideas below.

First, let’s step back and examine the big picture. National boundaries are important, to be sure. One country should not go around redrawing another country’s map for no good reason.

Still, the West — the U.S. in particular — shows no serious resolve by drawing hypothetical lines in the sand over international boundary protocol. Certainly not in places like Ukraine, where Western interests are abstract and the ability to enforce a “Western” position is absent.

As an aside — and not to be “too” conspiratorial in all this — there’s reason to believe that the Kiev demonstrations were organized by Western players (the usual suspects) in no small part. Now, as we don’t need to tell you, the West has a mess on its plate. Russia, of course, has its own ideas.

Whatever the personal or cultural merits of the so-called “Ukrainian people,” their nation is a pathetic basket case. If nothing else, Ukraine ought to be rich in agricultural potential; it ought to be a wealthy breadbasket, certainly in a world where food is getting more valuable every year. But the fact is that Ukraine is broke and has been horribly misgoverned over the past two decades since it fell out of the breakup of the former Soviet Union.

After post-Soviet Ukraine came into existence in the early 1990s, its governing class was a series of utter crooks. Serial governments spent paltry sums on its military, according to a recent report in The Wall Street Journal. Over time, things became so bad that when the Ukrainian army was recently called upon to show some steel to Russia, Ukrainian generals had to appeal for a public subscription just to buy new batteries for the old Soviet-era trucks. Disgraceful.

And on this hill, the West dares to plant some sort of flag? Could it get any worse?

Actually, it CAN get worse. “Russia is a regional power,” said President Obama, “that is threatening some of its immediate neighbors not out of strength, but out of weakness.”

Apparently sober, and presumably not kidding, President Obama continued speaking, stating that “The fact that Russia felt compelled to go in militarily and lay bare these violations of international law indicates less influence, not more.”

“Less influence”? As young kids say in their texts, OMG! Where to begin?

Memo to the POTUS: Russia’s influence stretches across nine time zones, from Europe to… well… a far-off place called Alaska. Russia is close to the Middle East, is intimate with Central Asia and shares a very long border with China. Its northern reaches border the Arctic Ocean, where Russia has a large fleet of modern icebreakers, compared with the embarrassingly few such vessels that fly a U.S. ensign. Russia’s Far East landscape touches North Korea, and its maritime borders touch Japan (if you count islands).

All that, and when a nation has hundreds of intercontinental ballistic missiles, launchers, submarines, long-range bombers and more… well… you just might be more than a “regional power” with waning “influence.” Really, Mr. Prez… OMG!

Meanwhile, in Moscow’s Red Square, Russian President Vladimir Putin gave a short, emotional speech. “After a long, hard and exhausting voyage,” said Putin, employing timeless, classic nautical analogies, “Crimea and Sevastopol are returning to their harbor, to their native shores, to their home port, to Russia!”

Then, accompanied by a military orchestra and choir in full dress uniform, Putin led a large crowd in singing the Russian national anthem, with its soaring, Soviet-era music and distinctly religious post-Soviet lyrics: “Moguchaya volya, velikaya slava” — “A mighty will, great glory!”

Do you think those Russians might just be… umm… serious? At this point, while Russians sing songs about national greatness, Western political leadership — U.S., EU and NATO — can do little other than bellyache about international law. That and enact near-meaningless sanctions against individual Russians while imposing bank restrictions and kicking Russia out of the (former) G-8.

So what, right? On the grand, geostrategic scale, the Russians don’t care. When all is said and done, Russia’s incorporation of Crimea and Sevastopol is over. It’s a fait accompli. We’ve just watched history get made, and stand by… there may be more of that history stuff yet to come.

For investors, implications run deep. Like magma filling a chamber beneath a volcano, events are fast unfolding in Ukraine. Sooner or later, I suspect, we’ll see another stunning explosion. Ukraine may well implode, which is another story for another time. The short version is that there’s a real possibility of more major reversals of fortune for Western interests. Indeed, I believe that it’s a question of when, not if.

Russia “is a riddle wrapped in a mystery inside an enigma,” said Winston Churchill. But almost everyone neglects the rest of Churchill’s quote, that “perhaps there is a key. That key is Russian national interest.”

Along such lines, control of Crimea is certainly a Russian national interest. Yet pretty much the entire leadership caste of the West was caught flat-footed by Russia’s rapid takedown of Crimea.

There’s another type of question, however. How much intelligence gathering does it take to confirm that people running Russia — certainly Mr. Putin — believe strongly in pursuing Russia’s long-term security interests? How hard is it to figure out that controlling Crimea and maintaining Ukraine as a buffer state is a historical Russian imperative?

Satellites or no, facts on the ground are pretty clear. You probably followed the quick, decisive Russian takedown of Crimea last month. You saw video of the well-armed, well-led men in green — a new variant on the old Russian term “MiG” — walking around, with low-tech boots firmly planted in the soil. In general, we’re watching Russian leaders reshape a critical part of their “near abroad” to very old Russian interests.

Ongoing turmoil in Ukraine offers Russian leaders — Putin, specifically — the opportunity to correct profound historic errors of geography and politics. And while they’re at it, Russian policymakers don’t care what faraway people think. For example, Russian Duma member Robert Schlegel recently stated in an interview that “Americans live in their own world, treating Russia and its leaders as their colony. But this is not the 1990s. This is a new, powerful Russia.”

In the early 1990s, there was all manner of happy talk at the end of the Cold War about the so-called “end of history.” On a personal level, I never felt comfortable with that line of thinking. There’s inertia to history, I believe. Nothing “ends,” and now the wheel has turned.

So there’s ongoing, beneficial Russia-U.S. cooperation. It’s good. Yet for all the arenas of positive development, the U.S. and Russia also have fundamentally different worldviews and expectations on many levels.

And closer to Russia, collective leadership within Western Europe have made many poor strategic choices over the past two decades. It was as if European politicians gazed across the post-Cold War landscape and determined that they dwelt in a continental-scale zone of peace, made possible by their deft diplomacy — if not their noble opposition to “global warming” and such.

Of course, Europe’s military worldview was delusional. In reality, stability in Europe was fundamentally a broad reflection of long-term U.S. military protection via the anchor chain alliance of NATO. Yet NATO or no, after the Berlin Wall came down in 1989, most European nations let their military forces atrophy to the point of being little more than ceremonial jobs programs.

Consider that during the Balkans conflict in the mid-1990s, most NATO air forces couldn’t interoperate with U.S. forces, because they lacked appropriate radio systems. More recently, in Libya in 2011, most NATO military forces had nothing to offer, and those that did — flying sorties using obsolescent air power assets — quickly ran out of munitions.

Now, with Russia moving troops into Crimea and reportedly conducting “military drills” in Russian borderlands near eastern Ukraine, our collective political class in the West — the U.S., the EU and NATO — are backed into a geostrategic corner.

What’s an investor to do? Well… as one reckoner emailed us yesterday, “It’s a new world — always follow the money!”

We live in a time of new crisis, when the dollar may strengthen due to its safe-haven status, but inflation is hiding in plain sight — as close as the next federal budget or Federal Reserve meeting.

In general, I like hard assets like precious metals, key industrial metals and energy supplies. Then there’s also leading-edge technology, for which the world will always provide a market. With what we’re seeing, I anticipate a new arms race. I used to believe that Asia was the next arms race, what with China expanding and all. Now, I suspect that the arms race will go global.

I suspect we’ll see more of this in the months and years to come. We’re on the cusp of a new, investable era in the defense sector while that “end of history” recedes into the distance.

Ed. Note: Byron’s intimate knowledge of how to invest in times of crisis stems from years of experience as a top-notch researcher, investor and geologist. And in today’s issue of The Daily Reckoning, he gave readers a chance to discover even more specific opportunities on how to grow you wealth in spite, and even becauseof these uncertain events. If you’re not currently getting The Daily Reckoning email edition, you’re missing out on a full 50% of the story, which you can’t get anywhere else. Sign up for The Daily Reckoning, for FREE, right here to ensure that never happens again.