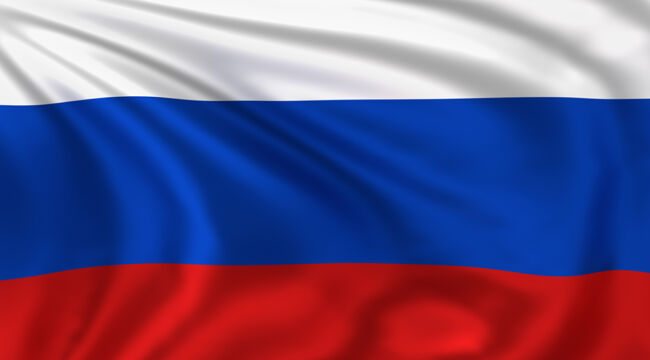 Here’s the mainstream narrative:The status of the war in Ukraine is best understood as a competition between the narrative and reality. The narrative consists of what you hear from mainstream media, the White House, the Pentagon and official sources in the U.K., France, Germany and both EU and NATO headquarters in Brussels.

The reality consists of what’s actually going on based on the best available sources. Let’s consider the narrative first.

According to the White House, EU and NATO, things are going relatively well for Ukraine. The Armed Forces of Ukraine (AFU) have advanced in eastern Ukraine along a line that runs parallel to the Russian fortified lines between Donetsk and Luhansk.

Ukraine has also reoccupied the regional capital of Kherson, which lies strategically on the Dnieper River, and is Kyiv’s main access to the Black Sea and international trade.

Based on these advances, the narrative says that Russia is in retreat, Russian troops are demoralized, Putin is in jeopardy of being replaced and complete victory for Ukraine is just a matter of time.

The narrative is then used as a basis for increased financial aid from the United States (over $60 billion and growing) and increased weapons shipments from NATO members. President Zelenskyy touts these accomplishments in his customary green T-shirt on video presentations to the U.N., G20 and other international audiences.

The actual situation on the battlefield is almost completely at odds with the narrative. Ukraine did make advances in the east, but they were against lightly defended Russian positions on or near open terrain.

The Russians organized an orderly retreat to fortified lines and let the Ukrainians have the open land. Russia withdrew from Kherson because they regarded it as a nonstrategic salient.

They withdrew to the east bank of the Dnieper River while allowing Ukrainian troops to reoccupy the center of Kherson. Russia avoided a fight over a city of little strategic value while retaining a chokehold on river traffic from the east bank. Russia regarded Kherson as a nonstrategic salient.

The Russians withdrew to the east bank of the Dnieper River while allowing Ukrainian troops to reoccupy the center of Kherson. Russia avoided a fight over a city of little strategic value while retaining a chokehold on river traffic from the east bank.

The Russians essentially organized an orderly retreat to fortified lines and let the Ukrainians have the open land, which will become a killing field for Russian artillery.

Even with that withdrawal, almost all the industrial, technological and natural resource capacity of former Ukraine is in the Donbas now under Russian control.

In the meantime, Russia is now preparing to launch a massive counteroffensive. Russia has completed its 300,000-person mobilization. Over 180,000 of those troops are now deployed behind Russian lines in combat formations. The remaining 120,000 troops will arrive soon. This brings total Russian strength up to about 30 divisions.

They are being supplemented with Iranian drones, a major force multiplier. The major objectives of this counteroffensive are Kharkiv in the northeast, Odesa in the southwest, and Zaporizhzhia in the center part of the country on the Dnieper River.

Russia will incorporate all of this territory into the Russian Federation and will likely move further into Moldova to reunite with a pro-Russian corridor called Transnistria with its capital in Tiraspol. At that point, Russian strategic objectives will be complete. Ukraine will be left as a rump state between Kyiv and Lviv.

Ukrainian officials are preparing for a brutal winter ahead by evacuating civilians from cities likely to be the scene of new battles with Russian troops. These Ukrainian expectations seem at odds with the mainstream narrative of victorious Ukrainians on the offensive against demoralized Russian troops.

Meanwhile, AFU strength has been greatly diminished due to high casualty rates. Meanwhile, advanced weapons supplied to the AFU will be of little use because the AFU has not been trained to use them and there are logistical obstacles to moving them to the front lines.

Many so-called Ukrainian troops are actually Polish forces in Ukrainian uniforms. Again, Russian forces are well-rested and well-supplied, and are being supplemented with Iranian drones, a major force multiplier.

The economic impact of these developments is momentous. Biden has vowed that the sanctions will not be lifted until Russia leaves Ukraine. But Russia is not leaving. This implies that sanctions will continue indefinitely.

The sanctions have had little economic impact on Russia. But the effect on Europe and the U.S. has been devastating including energy shortages, inflation and supply chain disruption. These effects will persist and cause the EU and U.S. to fall into a severe recession in the first half of 2023.

These effects will persist and cause the EU and U.S. to fall into a severe recession in the first half of 2023.

The dollar will remain strong for reasons independent of the war in Ukraine, having to do with a growing global liquidity crisis. Stocks will fall significantly due to recessionary conditions.

Bonds will perform well as interest rates decline alongside economic decline. Gold will remain strong as more countries look for ways to avoid U.S. economic sanctions and as central banks diversify away from dollars toward gold.

Brace yourself for more volatility as we head toward the winter months. Moving cash to the sidelines is a prudent thing to do.