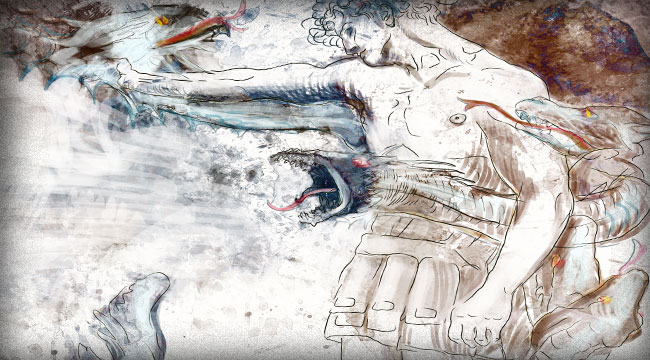 Smoking TNT and Drinking Dynamite, or Business as Usual

The Hydra of Greek myth is a many-headed serpent with a bad temper. But it has a special ability that makes it very hard to kill. When you cut off one head, two grow back in its place.

To author Nassim Nicholas Taleb, the Hydra is the perfect metaphor for “antifragility.” The awkward and invented word is the title of his latest book, subtitled Things That Gain From Disorder.

It is a simple enough concept, but it is rich in application.

As an investor, antifragility captures an idea that I think will be more important in our crisis-filled times. In short, you want to own some Hydras in your portfolio.

Let us start with this aspect of the idea: You can’t predict when or what the next shock will be. (Unless you enjoy deceiving yourself, as Taleb points out.) But you can “state with a lot more confidence that an object or a structure is more fragile than another, should a certain event happen.”

For example, you can state with confidence that a porcelain vase is more fragile than a steel pot if dropped. You can look at one building and deduce it will withstand an earthquake better than another. And you can compare stocks and say which is more likely to survive a crisis.

While reading the book, I kept thinking of companies I like that exhibit traits of antifragility. Like banks that did not suffer in the financial crisis, but used the opportunity to buy failed banks for cheap. Or like real estate companies that find deals in distressed assets. I also thought of reinsurance as an example of a great antifragile business.

“Some businesses love their own mistakes. Reinsurance companies, who focus on insuring catastrophic risks (and are used by insurance companies to ‘reinsure’ such nondiversifiable risks), manage to do well after a calamity or tail event causes them to take a hit. If they are still in business and ‘have their powder dry’ (few manage to have plans for such contingency), they make it up by disproportionately raising premia…”

All the reinsurer has to do is keep mistakes small and maintain a nice cushion? Such a reinsurer has awesome antifragile properties.

I picked up on a similar theme in the June 1993 issue of Schiff’s Insurance Observer in a piece titled “Smoking TNT and Drinking Dynamite: It’s Business as Usual in the Insurance Industry.”

Insurance is one of those quirky industries for which bad news is good news, a point we should keep in mind as insurers take their beating from Hurricane Sandy. As Schiff writes, “Earthquakes, hailstorms, explosions, blizzards, tornadoes and tropical storms are considered augurs of better times to come.”

The theory is that as insurers take their lumps, there is less insurance capital around. Less capital around means higher prices for insurance. In this way, insurers make up the losses and then some. It doesn’t always work out that way, of course, but often seems to.

Point being, reinsurance would seem a rare industry that gains from disorder. It is a Hydra. Hydras, though, don’t dwell only in certain industries. There are characteristics that cut across industries. I can’t do justice to the many ideas in Taleb’s book here, but I want to highlight one.

“Skin in the Game” is a chapter in Taleb’s book. Simply put, if you want antifragility, it helps to have insiders with money on the line. No upside for anyone without downside. No freebooting CEOs with golden parachutes when they fail. No wonder, then, “there seems to be a survival advantage to small or medium-sized owner-operated or family-owned companies… There is a difference between a manager running a company that is not his own and an owner-operated business.” The latter has downside.

Clearly, most of the stock market does not operate on this principle. Instead, most corporate “suits” have “incentives” but minimal ownership. They get a free ride at the shareholders’ expense.

Taleb uses the example of Robert Rubin, who made $120 million in a decade at Citibank. Citibank collapsed, but Rubin kept his money. Shareholders lost. (And taxpayers, too, unfortunately.) This aspect of modern markets really irritates me. I get grumpier about it as I get older. I’m at risk of becoming a curmudgeon.

Fortunately, as fragile as much of the market and its corporations may be, there are always exceptions. I want to own the exceptions. And some of these even profit from this world of disorder. Which reminds me of another metaphor I thought of for antifragility: the fictional private detective Philip Marlowe. In one of Raymond Chandler’s short stories, Marlowe says: “Trouble is my business. How else would I make a nickel?”