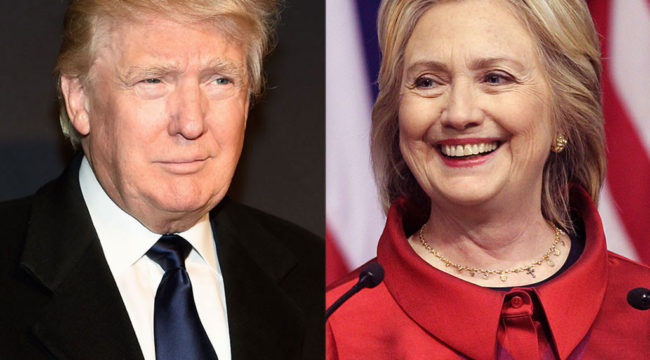 Sizing Up the Endgame

Last Sunday’s debate raises some interesting questions, such as: would the Romans have elected Caligula if given the chance to vote? Can the Republican party recover from Donald Trump?

If the party poobahs “pull the plug” on Trump, as some are threatening to do (that is, cut off funds to his campaign), will they go down the drain with him anyway? Is the USA a nation or just the world’s biggest comedy club?

And where is the Deep State when you really need it?

That odor wafting across the land is the smell of Republicans with their hair on fire. Yet the gloat of astonishment on Hillary’s face as she witnesses the crack-up of her rival will eventually fade as she sees the wreckage awaiting her in the oval office. Weep for your country!

The only good to come out of this sordid election is the certainty that a lot of political debris will be swept away. Out of the miasma of idiocy and posture that is this election campaign, the hard-edged realities of our time will emerge and the TV audience will come to the stark recognition that it is not just another mere entertainment.

The other major nations of the world are not so much ganging up on America, as Hillary would have it, but reasonably attempting to ring-fence the mad bull that the USA has become — as the two candidates vie to start World War Three with China and Russia respectively.

The last resort of the scoundrels in today’s version of the “yellow press” is to blame Russia for attempting to meddle in our election. War, it’s just a shot away.

If there is one outstanding upshot of these “debates” it must be their staggering failure to reassure the American public that they can expect effective leadership through the hardships ahead. There must be many others out there like myself wondering who will emerge from the rubble?

I suspect it will be someone we haven’t heard of before, just as Bonaparte was unheard of in France in 1792. This is not entirely a nation of clowns, though it feels like that lately.

The torment of who or what to vote for has become unbearable. I’d considered casting mine for Johnson / Weld, until Gary Johnson demonstrated that the front end of his brain is missing. Aleppo? Wasn’t he one of the Marx Brothers? I sense that Jill Stein of the Green Party is more Social Justice Warrior than EcoWarrior, and the last thing I want is for the rest of America to become one big college campus rife with trigger warnings and micro-aggression persecutions.

Vote for Trump? Not if you chained me to the back bumper of a Toyota Landcruiser and dragged me over six miles of broken light bulbs. Hillary? Make that nine miles, and throw down some carpet tacks.

But the winner of the presidential election is sure to be the biggest loser because the global economy is in the process of tanking, and the global finance system is going down with it. Whoever presides over this fiasco from the White House is going to be a bigger bag-holder than old Herbert Hoover in 1929.

It is getting to be too late to sort out all the confusion sown by this horrific campaign. From here on its really more a matter of the dust settling. In background of it all looms the train-wreck of global finance, which will be the true determinant of what the American people will have to do in the years ahead.

During the weeks of the election distraction, the European banks struggle to conceal their insolvency while the politicians of Euro-land desperately try to paper over the cracks in these fracturing institutions. Few can tell what is actually happening in China’s banking system, but it’s sending out ominous tremors that are hard to ignore.

But be sure it is all daisy-chained right into Wall Street and the U.S. banks. The potential for wrecking markets and currencies around the world is extreme at this moment. It may only be a matter of whether it happens before or after the election.

Then we’ll see what happens when financial institutions can’t trust each other. Trade stops. Economies crumble. Pretenses evaporate. If it gets bad enough, the shelves of the supermarkets go bare in three days and you’re living in a permanent hurricane disaster without the wind and rain. Believe me, that will be bad enough.

Hillary, if elected, will not get to play FDR-2. Rather, she’ll be stuck in the role of Hoover, the Return, presiding over a freight elevator of an economy with a broken cable. Expect problems with the US dollar. Expect “emergency” actions. Expect the unintended consequences of those actions.

The good part of the story is that such an epochal crack-up will sweep the establishment out of power. In the present case, this means discrediting the crony-capitalist, revolving-door grifters of the Wall Street/Washington axis, plus the neo-con military empire-builders bent on starting World War Three for profit, plus the economic central planners of the Federal Reserve whose desperate meddlings have nearly destroyed the necessary operations and meaning of money.

And the cherries on top to get thrown out with the rest of this giant s**t sundae would be the campus cultural Maoists. In short, vote for Hillary and let history flush them all out of the system.

A vote for Trump would let the aforesaid villains and bunglers off the hook because supposedly Trump represents free market business interests, and if he got elected they would be blamed for the economic and financial cataclysm which has been in motion for going on for two decades — and has accelerated mightily under the genial Obama.

Whatever else you might say about free markets, had they been allowed to operate naturally, a lot of dead wood might have been cleared out of the financial forest by allowing failing institutions and companies to crash and burn. Instead, they were artificially propped up and hosed down with bailouts and other accounting frauds at all costs. The cost turns out to be the coherent workings of markets.

There can be little question that Hillary represents so much that has gone wrong in American public life under the Baby Boomer regime. The fact that she will be the oldest president ever at inauguration itself says a lot about the limitless cupidity of the Boomer political gen.

They just don’t know when to stop. It’s history’s job to stop them now, nature’s way, by seating them at the banquet of consequences for all their poisonous cookery and quackery.

Watching these lamebrain debates, you get the impression that the folks running things, including media stars like the debate moderators, lack the slightest clue about the gathering economic storm.

They are too busy reading the false weather reports posted by the Fed and the U.S. Bureau of Labor Statistics. Both Hillary and Trump seem to believe that we can winkle our way back to a 1962-style economy if we click our ruby slippers three times. That is not going to happen.

Now it’s up to natural forces — and their galloping horsemen — to get the job done. So let us by all means throw our votes behind Hillary and let her rip so we can move on from there sooner rather than later and find new ways to remain civilized in the coming disposition of things.