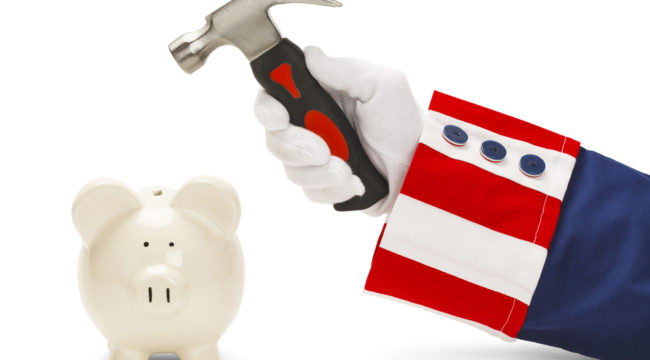 The Shocking Truth About Government Debt

Is the post-recession “recovery” actually a depression obscured by the false prosperity of debt?

Today, we penetrate the “squid ink of official truth”… scatter the statistical fog… and let in an illuminating shaft of light.

Some years it expanded more than others. But each year, nominal GDP expanded — officially. 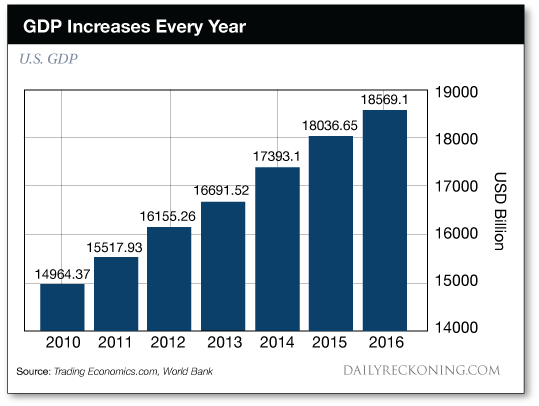 Meantime, the national debt has nearly doubled since 2010. It now floats above $20 trillion.

And the Federal Reserve has nearly quadrupled its balance sheet to nearly $4.5 trillion.

So… how much of the post-recession growth is real… and how much is a debt-spun mirage, a shadow, a phantom?

What would GDP look like absent the artificial stimulus?

Their findings are illuminating…

The government has borrowed and spent luxuriantly for decades.

And “actual” GDP (details to follow) has always risen with the rising debt — whether because of it — or in spite of it.

“Actual” GDP is no longer rising with the rising debt.

In fact, it is falling.

They argue the depression has been obscured by the phony fireworks of debt:

Since then, it appears the economy has been in what would be considered a depression but masked by huge federal government stimulus borrowing.

Their conclusion swims outside the mainstream… flouts official wisdom… strips the emperor of his garments.

At the heart of Baker’s tort is a trick the federal government uses to measure GDP.

It begins with this question:

If you take on debt, do you consider it income? Or do you take it at face — debt that must be repaid?

If you answered debt is income, we suggest you apply for a position within the Bureau of Economic Analysis…

In its calculations of GDP, government spending adds juice to the economy.

But it makes no distinction between money the government raises through taxes… and the money it raises by borrowing.

Baker counters that the money government borrows must eventually be repaid. Thus, it is not income. It is “artificial stimulus”:

How does “actual” GDP appear without the smoke screen of debt? 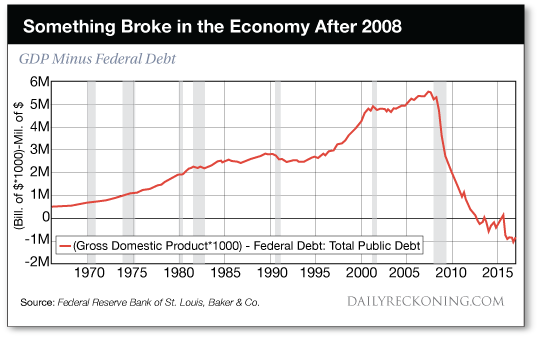 Examine the graph, says Baker, and “tell me if you think the actual economy has healed.”

How much bounce has the post-2008 barrage of debt given GDP?

And if that artificial stimulus is removed?

Perhaps now you realize why the government was so hot to raise the debt ceiling last month — and will be again this December when the current deal expires.

Remove the stimulus and GDP collapses up to 7% — if the theory holds.

Prominent economists Carmen Reinhart and Kenneth Rogoff have shown that annual economic growth falls 2% per year when the debt-to-GDP reaches 60%.

In 2010… shortly after “something broke” in the economy.

We can only conclude that something is still broken in the economy… and will stay broken until further notice.

The economy requires constant injections of debt to sustain the appearance of growth.

What happens without it?

But if that debt only burdens the economy without producing any authentic bang… is it not better to stop now, before the tiger grows larger?

Maybe the time has come to let the tiger go… and pray.