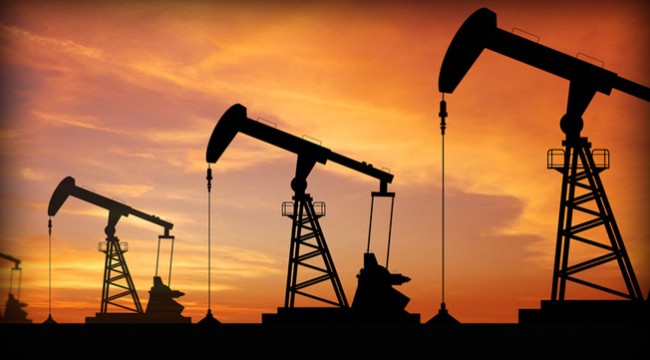 Within five years of the United States being written off as a declining economic and imperial power, the shale gas revolution it has pioneered provides it with the energy independence it has sought since the first Organization of Petroleum Exporting Countries (OPEC) oil shock of 1973. It also changes the global future of fossil fuels, which have been the basis of the modern intensive growth — generating a sustained increase in per capita incomes, first in the West and now in the Rest.

One of the periodic fears generated by the Greens is that of the world running out of fossil fuels, of which the discredited “peak oil” theory was the latest. The potential increase in worldwide natural gas resources from currently estimated recoverable reserves of shale gas is 40%, implying that about 250 years of gas supplies are now available. These are also widely distributed, with China and the Americas having the largest assessed reserves. Furthermore, the potential shale oil reserves are even larger. The U.S. government estimates that the Green River Formation in the Western U.S. contains three trillion barrels of shale oil — three times as large as total global oil consumption over the past 100 years.

This increase in cheap natural gas will allow the replacement of coal-fired power stations, which account for 46% of the electricity produced globally, by gas-fired ones, reducing carbon dioxide emissions by half. Moreover, this will happen through normal market processes without any need for the mandates and taxes currently in place to decarbonize the world. The U.S., as a result of the shale revolution, has cut its carbon footprint by 5% this year, well ahead of those hankering after a new Kyoto Protocol on climate change.

However, for the next decade or two this imminent energy revolution is likely to be mainly confined to the US, which shows the robustness of American entrepreneurship, its system of property rights and the depth of its financial markets. The technology of “fracking” was developed by small companies experimenting in the 1980s and 1990s, supported by venture capital from Wall Street, and took off in 2005 when the Barnett Shale in Texas was shown to be commercially viable. Other shale formations were then rapidly developed. These small companies were aided by the unique U.S. system of property rights, whereby owners of land also own rights to subsurface minerals; in much of the rest of the world these belong to the state. The exploration and production companies have to negotiate with these private property owners for the right to drill in return for negotiated royalties. This provides an incentive for the locals to allow “fracking”, overcoming the NIMBYism prevalent in much of the world. The shale gas and oil revolution, thus, attests to the robustness of US capitalism despite its current fiscal woes.

The fall in the price of natural gas in the U.S., from $16 to $3.30 per mBtu, has meant that the U.S. is re-industrializing as petrochemical — and energy — intensive industries shift from Europe, the Gulf and China back to the U.S. All the predictions of the U.S.-related economic decline are soon to be overturned. The renaissance in U.S. manufacturing, particularly in petrochemicals, has been estimated to increase U.S. manufacturing employment by one million by 2025. This increase in high-paying jobs should help mitigate the stagnation of U.S. wages and the attendant rise in its inequality indices. Just as the proponents of “Japan as number one” had written off the U.S. in the 1980s with the stagnation of U.S. productivity, all those rushing to anoint “China as number one” are likely to be nonplussed by the coming resurgence of the U.S. economy.

Moreover, other parts of the world with large shale gas reserves are also unlikely to realize their potential. Argentina, with large reserves, is a pariah when it comes to the direct foreign investment that is needed, after its nationalization of the oil firm YFP. China, with shale reserves greater than the US’, has a shortage of the water needed for “fracking.” Given the continuing “Green” uproar over mining and nuclear energy, India’s polity also seems unlikely to be able to exploit this bounty.

It is the geopolitical consequences of this U.S. economic renaissance and energy independence that are likely to be momentous, allowing greater freedom of manoeuvre in its foreign policy — most importantly, in its relationship with West Asia. Ever since President Franklin D Roosevelt struck the deal with the Saudi King Ibn Saud on the USS Quincy in 1945 promising security to the Saudi dynasty in return for the free flow of oil to the West (to match the leverage provided to Russia by its oil in the Cold War), the U.S. has been unable to counter the fundamentalist Wahhabi poisoning of the Muslim mind. With the ending of its reliance on West Asian oil, the U.S. could cut back on its implicit protection of the Wahhabi state, and its policing functions in the Strait of Hormuz. It only needs to act as an offshore balancer in the coming internecine conflict amongst the Shias and the Sunnis in the region. It will be the Chinese, Indians and, above all, the Europeans who will no longer be able to remain free riders relying on U.S. arms to secure their oil supplies from the impending turbulence in West Asia.

Moreover, the prospective global abundance of oil and gas, by spiking the Russian threat to world order based on deploying the rents from these natural resources, could also lead Russia to move from its authoritarian crony capitalism to the advanced liberal market economy that it needs for its future prosperity. Equally important, by allowing a shift of U.S. military resources from West Asia to the Pacific, it might give the other authoritarian capitalist state — China — cause to pause in its recent aggressive attempts to challenge the US Pax in Asia. In conclusion, it is premature to predict the end of the American Imperium.

Deepak Lal
for The Daily Reckoning

Ed. Note: This article originally appeared in The Business Standard on December 22, 2012.

Deepak Lal is the James S. Coleman Professor Emeritus of International Development Studies at the University of California at Los Angeles, professor emeritus of political economy at University College London, and a senior fellow at the Cato Institute. He was a member of the Indian Foreign Service (1963-66) and has served as a consultant to the Indian Planning Commission, the World Bank, the Organization for Economic Cooperation and Development, various UN agencies, South Korea, and Sri Lanka. From 1984 to 1987 he was research administrator at the World Bank. Lal is the author of a number of books, including The Poverty of Development Economics; The Hindu Equilibrium; Against Dirigisme; The Political Economy of Poverty, Equity and Growth; Unintended Consequences: The Impact of Factor Endowments, Culture, and Politics on Long-Run Economic Performance; and Reviving the Invisible Hand: The Case for Classical Liberalism in the 21st Century.