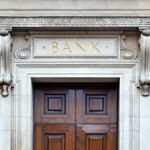 It’s one of the largest family-controlled banks in the US. I am sure this small fact had a lot to do with it skating through the banking crisis without any trouble or need for a government handout. Not only that, but it actually took advantage of the crisis by picking up busted banks while the government paid it to do so.

What follows is the remarkable story of this secretive bank. Management holds no conference calls. It doesn’t do corporate presentations. What it does do is run a good bank and not take any big risks. Management just keeps piling up value per share year after year.

First Citizens BancShares (Symbol: FCNCA. Price: $182.00), based in Raleigh, N.C., is that bank. It has 430 branches, mostly in North Carolina and Virginia, but also in 16 other states, including Washington, D.C. The bank has roots to 1898. Robert P. Holding gained control in the 1920s. Ever since, he and his descendants have run the show. As the 10-K reports:

As I say, First Citizens is a family affair. Know that you are a junior partner in the deal. The Holding family owns 42% of the A shares and 83% of the B shares, which have superior voting rights. Altogether, they own 48% of the company and 72% of the voting rights…and they have been good stewards so far.

They pay themselves reasonably. Total cash compensation for these key executives is well below peer group compensation. They’ll make most of their money through stock appreciation and dividends, just like their shareholders.

Now let me get to another aspect of FC that I like. It has acquired busted banks in so-called FDIC-assisted transactions. In short, FC takes over a “bad” bank for which liabilities exceed assets. The FDIC makes up the difference by writing FC a check. The FDIC also typically covers 80% of any losses FC may incur with the acquired assets. This is why people say you don’t buy a failed bank with an FDIC-assisted transaction so much as you get paid to take it. The FDIC just wants depositors’ money to be safe. So if it can move the deposits to a safer bank, mission accomplished.

FC has acquired six banks with FDIC assistance, beginning in 2009, and has booked almost $400 million in gains. Clearly, these FDIC-assisted takeovers can be pretty sweet deals!

When the history of the current financial crisis is written, it will be replete with stories of savvy investors who bought failed banks’ assets from the FDIC for pennies on the dollar and recovered not just dimes, but quarters or better.

FC has quietly put together a good, steady record. No Wall Street analysts cover the stock. In fact, nobody covers the stock as far as I know, except, starting now, me. And the stock has seldom been cheaper. The nearby chart shows the opportunity most clearly. It’s a great chart, as it gives you pretty much a full cycle.

The line moving steadily upward from left to right is tangible book value per share. This is the key number on which the market values banks — shorthand for net asset value. You can see that over the last 10 years, FC has more than doubled its value per share.

Yet look at the other line, declining from left to right. That is the price-to-tangible book ratio. You can buy a dollar of tangible book value for about 90 cents today. The only time it was cheaper was for a brief couple of months in early 2009. (The market hit bottom in March of that year.)

FC has grown that tangible book about 9% annually during the last decade. That kind of growth helped make FC one of SNL’s tangible book value winners. SNL is a research firm and ranks all banks by tangible book value growth over preceding 12 months. FC ranked fifth at 9.3% for the 12 months ending June 30. SNL has found such stocks outperform peers and the S&P 500 index.

Continued growth of that kind is not a given, of course. FC faces the problems all banks face: higher regulatory costs and net interest margin pressures. FC’s core earnings will be affected negatively. Also, gains booked from past acquisitions are not easily repeatable. Still, I think banks will find new ways to make money and cut costs. And FC’s competitive position and size will make it one of the winners.

But banks stocks are down and unpopular at the moment. But when the cycle turns, as it inevitably always does, banks will again command premiums over book value. Then the market will value such stocks at 1.4 or 1.8 times book. When that happens, the returns for FC can get exciting. Let’s say the bank continues to grow at 9% annually over the next ten years. Assuming 1.4 price-to-book multiple at the end of that time, the stock would more than triple to $600 per share — that would be a return of almost 15% annually, not including the dividend.