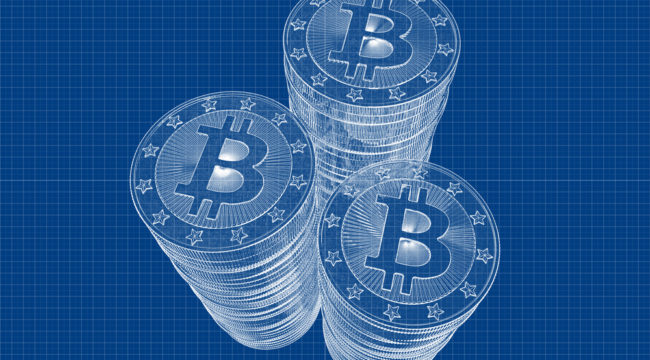 Today, I’m going to introduce you to the red-hot cryptocurrency market. Perhaps you’ve heard of Bitcoin or some other cryptocurrencies, but maybe they seem too mysterious or shadowy for your tastes, not something you’d like to invest in.

Hopefully I can clear up some of that mystery today, because this is a market in which you can potentially amass a quick fortune.

For example, some lesser-known cryptocurrencies have skyrocketed between 12,000% and 56,000% over the past few weeks. Just think of how even a small investment in some of these cryptocurrencies could do for you.

And the good news is that you don’t need to know anything about Bitcoin or any other cryptocurrencies to take part in the bonanza. And you can get started with as little as $20.

In fact, what I call “penny” cryptocurrencies are one of the last legal ways for small investors to grow rich, starting with just a few dollars in your pocket.

OK, so maybe you’re wondering right now just what is a cryptocurrency exactly. Here are the basics…

Essentially, a cryptocurrency is a digital currency that operates outside of any government control. That means these currencies cannot be manipulated by central banks like our own Federal Reserve, or other central banks around the world.

In many ways they’re the modern equivalents of gold and silver, which were pure forms of money before governments and bankers got around to manipulating them for their own benefit.

So in a sense today’s cryptocurrencies are probably the last “pure” currencies on earth. But their potential impact goes beyond even that…

In the past, all transactions took place with an intermediary — like a bank — overseeing the process. The bank would verify the transaction, adding a certain level of trust.

But cryptocurrencies are completely revolutionizing the old system — cutting out the middleman entirely.

Instead, digital transactions are made peer to peer, without the middleman. And the new system is regulated by “blockchain” — a decentralized database that records each transaction.

Blockchain is essentially the trusted backbone of all cryptocurrency transactions. Within the blockchain, transaction records and payment details are spread across a massive public database open to all bitcoin “miners” in the network.

These “miners” are people with super-powerful computers — each competing to confirm and authenticate each transaction in the network.

They’re not doing this for free, mind you. If a miner’s computer program validates the transaction first, he or she is rewarded in Bitcoin.

At that point, the verified transactions are added to the blockchain database. So the next round of money transfers can be authenticated by miners — and so on.

That immediately makes the process transparent and verifiable. In addition, miners’ computer programs confirm transactions and reset every 10 minutes. And each 10-minute group is called a “block.”

Each proceeding block is also verified by the mining software and then linked to the last block — creating a chain.

There’s no centralized location for transactions to occur. Ultimately, this decentralized system — with so much computing power behind it — is virtually impossible for hackers to breach without an enormous amount of computing power.

Think of it as millions of locks that would need to be picked in a rapid amount of time rather than hacking into just one place. So it’s ultra secure.

It all may seem very complicated if you’re not familiar with the process, but it’s really quite simple.

It’s also important to know that bitcoin transactions represent only a fraction of what blockchain technology is capable of. The ability to maintain a decentralized system of verified data — which is bulletproof from hackers — has much deeper implications.

It can be used to track electronic voting, health records — ultimately anything that currently requires a “trusted” middleman.

As Don and Alex Tapscott write in Blockchain Revolution, “the blockchain is an incorruptible digital ledger of economic transactions that can be programmed to record not just financial transactions but virtually everything of value.”

And it all takes place beyond the prying eyes of the government or the banks, so it increases your personal freedom.

Luckily for investors, this new paradigm is becoming more and more popular, allowing us to invest in new cryptocurrencies as they hit the market.

The cryptocurrency markets have really taken off ever since two of the world’s most important countries — Japan and Russia — passed or are planning to pass legislation recognizing digital currencies as an official form of money.

And if that wasn’t enough, other countries — like Canada, the UK and even the U.S. — are beginning to embrace this mega-trend.

In fact, experts have predicted that the United States government even has plans of launching their very own cryptocurrency.

But here’s the most important part:

This summer, some 260,000 businesses are predicted to accept some alternative currencies as payment for goods and services. And that number will only grow in the years to come.

So this is a mega-trend that’s just getting started, even though the first cryptocurrency has been around for several years…

The first cryptocurrency exploded on the scene back on May 22, 2010, when a web developer purchased two Papa John’s pizzas using 10,000 units of Bitcoin.

Then the price of the digital currency quickly skyrocketed higher.

Imagine back in 2010 you set aside the amount of money you might have spent, say, buying your family a meal at a fast food restaurant, forgetting about it… then discovering seven years later that your $30 investment had blossomed into $22 million.

Indeed, an individual bitcoin is now worth over $2,300. Here’s the thing, though…

There are now over 831 cryptocurrencies exchanging hands on the “open markets.” The vast majority trade for just pennies, just like Bitcoin did back in 2010. That means there’s a chance to strap yourself to the next cryptocurrency rocket before it launches into the stratosphere.

Imagine owning a tiny pharmaceutical ahead of FDA drug approval. Or a little software company before a major takeover. On such news, overnight gains can far exceed a simple price double.

That’s why the opportunity in cryptocurrencies is so compelling. And now’s the time to get positioned.

You see, the ultimate catalyst is brewing right now. Over a quarter million new retail outlets are gearing up to begin accepting dozens upon dozens of alternative currencies from all around the globe.

And in a recent seven-day span, over 159 separate cryptocurrencies more than doubled in value!

So if you take action right now, you can easily turn a tiny grubstake of $20 into an absolute windfall fortune.

But don’t just take my word for it…

The Financial Times reports, “Some alt-coins have jumped four or fivefold in the past week alone… and an investment of just a few thousand dollars a month ago… is now worth close to $500,000.”

According to BuzzFeed, a number of cryptocurrency users have claimed that with the digital currency’s recent spikes, they are officially millionaires.

The problem is you shouldn’t just go and buy every single cryptocurrency just listed. As the rapid growth of Bitcoin proves, picking the right one is key. Especially since there are over 831 cryptocurrencies out there.