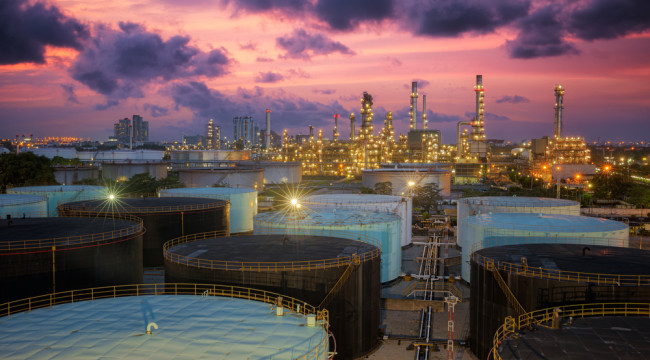 Saudi Arabia still has money, but if the oil price stays here for another three years the country’s basically bankrupt. In my opinion, the whole Middle East will go back to where they came from — deserts. The oil price for the Middle East, considering the huge population increase they had since 1970, needs to be around $80 a barrel. But maybe for world peace it’s better if the oil prices are nearer to $30 or $40 and the Saudis can’t finance ISIS or other adventures that may not be very desirable.

But at $40 they have a huge problem. Their reserves will come down substantially. Now instead of drawing down their reserves they can borrow money. I wouldn’t necessarily lend money to Saudi Arabia personally. But maybe some governments will do so.

As for the price of oil, it’s very oversold and sentiment is very bearish. Many analysts – to whom actually investors shouldn’t listen – said when the oil price was around $90 that it would go to $150. Now they are saying it will go down to $10. They were wrong once; they will probably be wrong another time. But I don’t know.

The problem with modern central banking is that the Keynesianism upon which they are essentially intervening rests on the argument that their fiscal and monetary interventions can smooth out the business cycle. In other words, you have less fluctuations, you have less booms and you don’t have depressions. But in reality, the central banking forces have created much more volatility. When you think, the euro is the second largest currency in the world and it dropped 40% in less than two years. Same for the yen.

So they have actually created more volatility, not less, and because commodity prices went up for a while while there were artificially low interest rates, everybody was exploring for oil and also for gold and silver and other commodities. That’s why the supply now is quite large. The demand was driven mostly by China. But China had a massive capital spending boom — also because of easy credit, and so they overbuilt capacities.

Now the demand is less and the supply is increasing so the prices dropped a lot. My view would be that the equilibrium price is somewhere between $30 and, say, $50.

Oil could drop if there is a lot of liquidation to, say, $20 or even $15. It’s possible. But to realign demand and supply in the long run, I think an oil prices of around or more than $60 is required because at $40 nobody makes money so nobody will explore for oil. That will then tighten the market over time, but not immediately. That could take time. A client just asked me whether he should buy oil. I told him I don’t know.