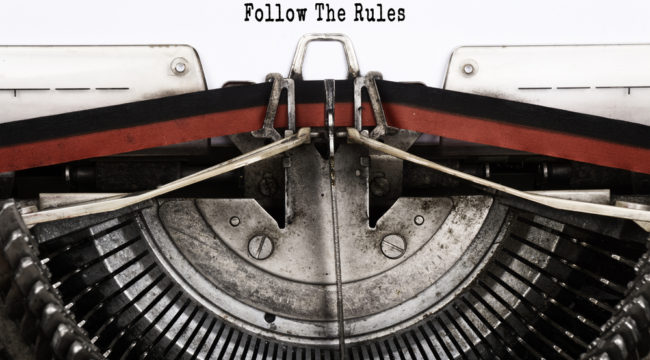 Rules to Invest By

Yesterday, I said the three most important words in investing are “I don’t know.”

I believe that strongly. But that doesn’t mean you become paralyzed with fear and do nothing. Otherwise, you’d never make a single investment.

It just means you have to approach your investments with honesty and humility, no matter how much of a sure thing it seems at the time.

The “sure things” have a funny way of exploding in your face. And the toughest investments to make, the ones where you’re full of doubt, often turn out the best.

So what are the best ways to make money in the market?

Yesterday I told you about: #1. Pick some stocks and hold them forever.

But What stocks should I hold? Warren Buffett has some advice on this (and I know because I wrote THE book about him. A friend of mine who knows him told me my book was the only book that Buffett thought was accurate about him).

So since I don’t know anything, I will let Warren Buffett take over here. He says, “If you think a company will be around 20 years from now then it is probably a good buy right now.”

I would add to that, based on what Warren does. It seems to me he has five criteria:

2. At some point, company’s management has demonstrated in some way that they are honest, good people. If you can get to know management even better.

3. The company’s stock has crashed for some reason (think American Express in early 60s, which he loaded up on. Or Washington Post in the early 70s. Or Coca-Cola in the early 80s).

With Coke, Buffett knew that everyone in the world would be drinking sugared water before long. Who can resist? He also started buying furniture companies right before the housing boom. He knew that as the population in the U.S. grows, people will need chairs to sit on.

Note that Buffett is not what some people call a “Value investor.” But I won’t get into that discussion here.

What else? One time I accidentally got an email that was intended for a famous well-known investor. It was from his broker and contained his portfolio. I can’t say how this accident happened but it did.

Of course, I opened the email. This is a man who writes about lots of stocks. Guess what?

His entire portfolio was in municipal bonds…

Should I put all of my money in stocks? No, because you’ll never know anything about a company and you won’t get the kind of deals that Warren Buffett gets.

So use this guideline:

What is in a bubble? A lot of people are saying stocks are in a bubble, in particular that we’re in a tech bubble right now. But no one really knows. It’s just headlines.

Bubbles don’t mean anything. We had an internet bubble in the 90s. Then a housing bubble. Bubbles bubbles bubbles. And if you just held through all of that, your stock portfolio right now would be at all-time highs.

So ignore cycles and bubbles and ups and downs. And never ever pay attention to the news. The news has no idea about the financial world and what makes it tick. Any investing off the news is like taking out your eyes because you trust a blind person to drive you to work.

My friend has a business idea. Should I invest in it? Probably not. But if you want a checklist, make sure these four boxes can be checked:

What about mutual funds? No. Mutual funds, and the bank representatives that push them, consistently lie about the fees they are charging. I know this from experience.

One time I accompanied a friend of mine who had made some money (she was a model and had a good run for awhile) and was looking to invest it. She asked me to go with her to see her bank representative who had some “ideas.”

Because she was beautiful, I went with her to the bank. I didn’t talk at all during the meeting but jotted down every time the bank guy lied. He lied five times.

Afterwards I explained each of the lies to her. What happened? She put all her money with the guy. “He’s practically family.”

I can’t argue with a good salesman.

But he lied about the mutual funds’ performance that he was pitching, the fees they were charging, the commissions he was charging, and a few more I can’t remember now. I wrote an article about it in the Financial Times back then.

Use the criteria I describe above, pick 20 companies and invest.

What are some good demographic trends?

3. Energy. The more people we have, the more energy we will consume. Go for energy sources that are profitable and don’t need government subsidies. Whenever you depend on the government, you could get in trouble.

4. Temp staffing. Companies are firing people and replacing them with temp staffers.

5. Batteries. If you can figure out how to invest in Lithium, then go for it. I look for easy ways to invest in demographic trends that in ways other people aren’t looking in.

Is a house a good investment? Everyone will disagree with me on this but the answer is an emphatic “NO!” It has all the qualities of a horrible investment:

a) Constant extra layers of fees and taxes that never go away (maintenance, property taxes, etc that all rise with inflation).

b) Usually housing is too-large a percentage of someone’s portfolio. Even just the down-payment ends up being the largest expense of someone’s life.

If you can avoid, “a,” “b,” and “c” and don’t mind the opportunity cost in the time required to maintain your house then go for it. Else, rent, and use the money you saved for other investments that will be less stressful and pay off more.

If no housing and only 30% of my portfolio in stocks, then what should I do with the rest of my money? Why are you in such a rush to put all of your money to work? Relax! Don’t do it!

There’s a saying “cash is king” for a reason. I will even say “cash is queen” because on the chessboard the king is just a figurehead and the queen is the most valuable piece.

Cash is a beautiful thing to have. You can pay for all of your basic needs with it. You can sleep at night knowing there is cash in the bank.

Tomorrow, I’ll take up some more questions folks often ask me about the world of markets.