Rising Trouble in the Heart of Europe

We’d just arrived in Berlin to discuss the state of the world with Jim Rickards and our overseas affiliates. And we were hot to take in some of the sights…

We’d approached what seemed like a local. In our best amateur German, we requested sailing directions for the old Checkpoint Charlie.

We should have known better…

The ensuing rat-a-tat-tat of “rechts,” “links,” “denns” and “aufs” knocked us out in two seconds flat. We nodded along, when it seemed proper, as if pretending to hear a companion in a loud bar. “Danke,” we said when he finally zipped it, just as shipwrecked as we were two minutes prior.

We then asked a hotel bellhop in our native tongue. Out came the directions in better English than we deserved to hear in a foreign land. And off we went, that much wiser… 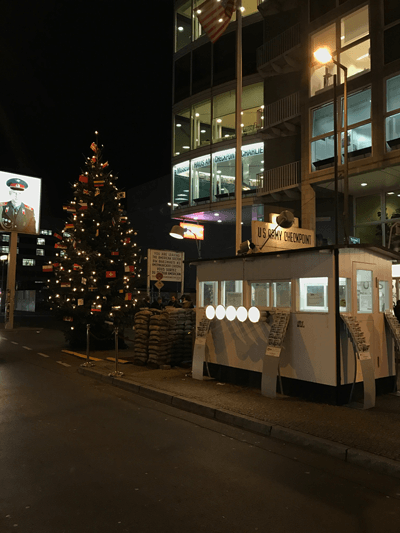 It’s a grand city, Berlin — if you put to one side all the Soviet-era concrete slabs that pockmark eastern Berlin.

There’s a lot that’s new. Across from the Berlin Cathedral, for example, is a building — building may be too generous a word, actually. Picture a cube with the edges knocked off and leaned up at a drunken angle. Then turn it upside down and rotate the image 180 degrees. That should give you some idea of the thing.

But there’s a lot that’s old too…

In some parts, the heavy neoclassical architecture suggests a London or a Paris, all done in the Capital style. And the Spree River running through the city center is a German Seine, riverboats and all. 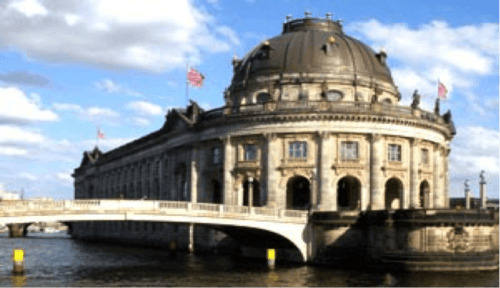 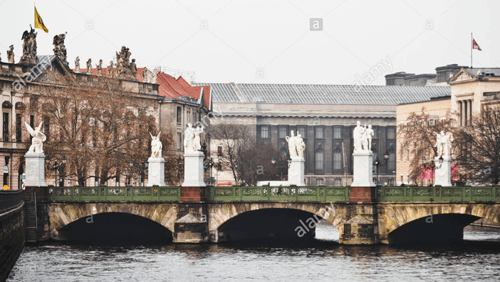 The city’s German… but gives off an international scent. Hitler would probably choke on his wurst if he could see the place today. All races, ethnicities of different makes and models are on display… and foreign cackles can be heard on the street. Berlin’s no Babylon… but it’s definitely not alle Deutsche.

Standing outside the hotel the other night, hard by the Brandenburg Gate, we got a stiff reminder of just how not alle Deutsche it can be…

Up the Unter den Linden, around 11 o’clock, a groups of young Middle Eastern men gathered, about platoon strength. The boss would bark something out, and the others would answer as one, like recruits at Parris Island.

They were holding signs imploring anyone and everyone to save Aleppo. We only know this because the signs were in English. English!

We figured we’d stay clear. We were once in Paris when we heard a similar ruckus. We started off to investigate, and before we knew what hit us, the mob came ’round the corner and we were swept up into its ranks and carried forward by the advancing human wave.

We hightailed it for the exits, but the gendarmes flanking the mass thought we were part of the show and shoved us back in. We tried the other side. Same result. Even in a protest, evidently, order must be kept. Our blood pressure could have floated a blimp as events neared a boil.

We finally got our pardon after a cop figured out we weren’t protestors but just some idiot Americans captured by the laughing designs of chance.

Nothing, apparently, came of last night’s episode. It was peaceful by all accounts.

But with the memories of Paris fresh in our memory, we retreated to the peace of the Hotel Adlon, where we’re keeping rooms. There we ordered a Pils from the bar, settled in… and turned our thoughts to the future of Europe…

Great Britain voted to leave the EU in June. The establishment was just routed in Italy. “Extreme” parties gather steam in France. Here in Germany, Angela Merkel’s party lost local elections in her home state to a “populist right-wing party.” Her own election prospects are in doubt, and for the same “populist” reasons already playing out elsewhere.

Who knows what her successor would do? Maybe Germans elect their own Donald Trump?

We don’t pretend to know German politics. And we can’t take the rest of the country’s temperature here in Berlin.

But gazing out at the Brandenburg Gate through the December drizzle, we can’t help but wonder if the Europe we know today will exist tomorrow.