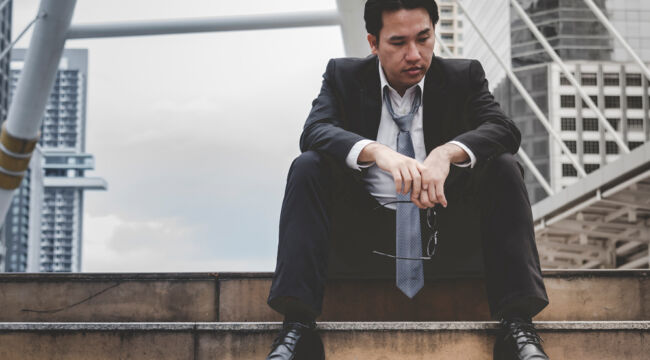 Rickards: This Time IS Different

Stocks stumbled out of the gate today, at least partially on fears about a resurgence in coronavirus cases.

South Korea, which did an excellent job containing the virus, has reported a new batch of cases. Japan and Singapore also reported new cases. Infections are increasing in Germany as well, where lockdown restrictions are being lifted.

We can also expect a rise in U.S. cases as several states lift their own restrictions.

From both epidemiological and market perspectives, the pandemic has a long way to go. Its economic effects are already without precedent…

In the midst of this economic collapse, many investors and analysts return reflexively to the 2008 financial panic.

That crisis was severe, and of course trillions of dollars of wealth were lost in the stock market. That comparison is understandable, but it does not begin to scratch the surface.

You have to go back to 1929 and the start of the Great Depression for the right frame of reference.

But even that does not explain how bad things are today. After October 1929, the stock market fell 90% and unemployment hit 24%. But that took three years to fully play out, until 1932.

In this collapse the stock market fell 30% in a few weeks and unemployment is over 20%, also in a matter of a few weeks.

Since the stock market has further to fall and unemployment will rise further, we will get to Great Depression levels of collapse in months, not years. How much worse can the economy get?

Well, “Dr. Doom,” Nouriel Roubini, can give you some idea.

Roubini earned the nickname Dr. Doom by predicting the 2008 collapse. He wasn’t the only one. I had been warning of a crash since 2004, but he deserves a lot of credit for sounding the alarm.

The factors he lists that show the depression will get much worse include excessive debt, defaults, declining demographics, deflation, currency debasement and de-globalization.

These are all important factors, and all of them go well beyond the usual stock market and unemployment indicators most analysts are using. Those economists expecting a “V-shaped” recovery should take heed. That’s highly unlikely in the face of all these headwinds.

I’ve always taken the view that getting a Ph.D. in economics is a major handicap when it comes to understanding the economy.

They teach you a lot of nonsense like the Phillips curve, the “wealth effect,” efficient markets, comparative advantage, etc. None of these really works in the real world outside of the classroom.

They then require you to learn complex equations with advanced calculus that bear no relationship to the real world.

If economists want to understand the economy, they should talk to their neighbors and get out of their bubble.

The economy is nothing more than the sum total of all of the complex interactions of the people who make up the economy. Common sense, anecdotal information and direct observation are better than phony models every time.

So what are everyday Americans actually saying?

According to one survey, 89% of Americans worry the pandemic could cause a collapse of the U.S. economy. This view is shared by Republicans and Democrats alike.

With so many Americans fearing a collapse, it could create a self-fulfilling prophesy.

If enough people believe something it becomes true (even if it was not true to begin with) because people behave according to the expectation and cause it to happen.

The technical name for this is a recursive function, also known as a “feedback loop.” Whatever you call it, it’s happening now.

Based on that view and a lot of other evidence, we can forecast that the depression will get much worse from here despite the initial severity.

But as usual, the Ph.D. crowd will be the last to know.

Below, I show you why you shouldn’t believe the happy talk. We’re in a deflationary and debt death spiral that has only just begun. Read on for details.