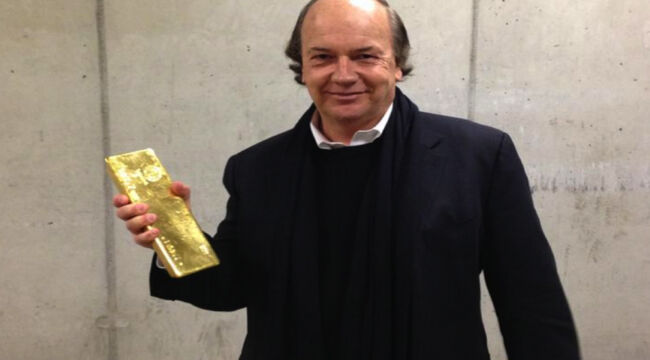 Sometimes new data can shed light on an uncertain situation, especially in financial markets. Other times it simply adds to the confusion. Such was the case with the most recent U.S. employment report released June 4 for the month of May.

The analyst world was glued to their news feeds, anxiously awaiting the latest report. The result was — bafflement.

The report showed job gains of 559,000. That’s a strong number, but it was below expectations. The market was looking for 670,000 jobs or higher. While strong April gains were revised up slightly, the stronger March gains had earlier been revised down by 131,000 jobs over the course of April and May.

The overall impact of the March-April-May data was a cooling off in new job creation.

The unemployment rate for May declined from 6.1% to 5.8%. That sounds like good news until you notice that the reason for the decline was not strong job creation but rather a decline in labor force participation.

That statistic declined from 61.7% to 61.6%; not a material drop, but still part of a long-term decline that has moved labor force participation back to levels not seen since the 1970s.

Simply put, the overall size of the labor force shrank.

The Glass Half Empty

You can be unemployed in the traditional meaning of the term without being counted as unemployed by the Labor Department. The difference has to do with whether you are actively looking for a job or not. Only the former are officially counted as unemployed. The problem is that the ranks of the latter are growing.

There are always some in the prime-age working population (ages 25 – 54) who are not looking for jobs because they are homemakers, students, early retirees, or are undergoing various life transitions. Still, the percentage of potential workers who have dropped out of the labor force is disturbingly high.

Some have given up looking for jobs because they’re sure they can’t find any that match their skills or interests. Others are content to collect the generous unemployment benefits the government keeps handing out. Some are still living in fear of COVID and don’t want to return to the workplace.

We have an army of perhaps ten-to-twenty million prime-age workers who don’t have jobs and aren’t looking. As long as that slack in the labor market is out there, the official unemployment rate doesn’t tell the whole story.

So, the bottom line on the May employment report was, meh. It wasn’t horrible, and it wasn’t great. It did point to persistent slack in labor markets and possible slowing growth. It did not point to inflation or anything close.

Since late last summer, the main driver of rates has been an inflation narrative. The narrative is straightforward:

The economy is recovering. Unemployment is declining. Employers can’t find enough workers. Wages are going up to attract help. Stimulus spending is coming by the trillions of dollars. The Fed is printing money. The economy is pushing up against capacity constraints.

Add it all up, and inflation is right around the corner. Therefore, rates must go up. And when rates go up, the price of gold goes down.

What if every part of the economic narrative is wrong?

What if that weak growth trendline is now returning to form?

The unemployment rate is declining, but real unemployment is not. We still have 7.6 million fewer jobs than before the pandemic, not counting the 10 million or more prime-age workers out of the labor force as described above.

It’s true that wages are going up in some service industries such as restaurants and that workers are hard for some businesses to find. (McDonald’s is now offering $35,000 per year plus benefits and training for entry-level hires).

Still, overall wage levels are not rising significantly, and slack in the labor market is producing a powerful disinflationary overhang.

Money printing is practically irrelevant because the velocity (or turnover) of money is still declining. What good is new money if the banks just give it back to the Fed as excess reserves, so the money is never spent or lent?

Fiscal policy and handouts are not producing stimulus because debt levels are so high (the U.S. debt-to-GDP level is now 130%, the highest ever). Americans respond with precautionary savings and deleveraging.

Data shows that 75% of the government handouts have either been saved or used to pay down debt (economically the same as saving). Only 25% have been used for consumption. That’s a pathetic amount of bang-for-the-buck.

We are seeing some supply-chain disruption and capacity constraints, especially in semiconductors, which affects automobile manufacturing. Still, manufacturers have not been able to pass through those constraints in the form of higher consumer prices.

Inflation remains low once base effects from last year’s deflation are stripped out. Those base effects will disappear in the third quarter when the year-over-year comparison looks at the 2020 recovery rather than the recession.

Inflation is dead in the water.

I know that analysis puts me in the minority, but that’s OK; I’m used to that. I was also in the minority when I predicted Brexit and that Trump would win the 2016 election. The bottom line is, the consensus is often wrong.

Look to the Bond Market

The bond market already senses this, and so does gold. Rates peaked on March 31 and have been coming down since, albeit with the usual volatility. The rate on the 10-year Treasury note is 1.487% as of this writing, some 0.20% below the peak.

That’s a huge drop given how low rates are overall. The bond market is signaling that the inflation narrative is wrong.

Again, gold is signaling that the narrative is wrong, growth is slowing, and rates are coming down. That makes gold more attractive to asset allocators because gold competes with notes for investor dollars.

Stocks are forward-looking in theory, but they do an awful job of getting the forecast right in practice. Stocks missed the coming crashes of 2000, 2007 and 2020. They’ll miss the next crash too (until it’s too late to get out whole).

Bonds and gold are much better indicators of where the economy is going.

The signals are clear. The economy is slowing, labor markets are weak, disinflation and even deflation are on the horizon, rates are going down, and gold prices are at a great entry price.

Reality is catching up with the narrative. If you understand what’s going on, you’re more informed than the “experts.”