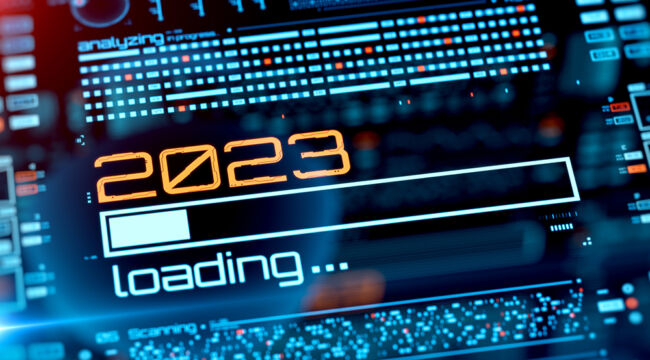 I hope you had a very happy and safe holiday season. 2022 is now in the rearview mirror, and it’s time to look ahead to 2023. But in order to get a better idea of where we’re going, it helps to remember how we got here.

To say that 2022 was volatile and confusing for investors is clearly an understatement. Stocks crashed during most of the first half of 2022, rallied back in July and August, dropped again in September, rallied in October and then faded for the third time toward year-end.

Most of the stock market action was the result of narratives surrounding the actions of the Federal Reserve on interest rate policy. The losses in the first half reflected the launch of the Fed’s anti-inflation rate hikes in March.

Gains in the summer and fall reflected the narrative that the Fed was going too far and would have to pivot to rate cuts and a Goldilocks soft landing. The weakness at year-end was a reality check for markets — Fed Chair Jay Powell made it clear (again) that he was serious about ending inflation and would continue his tight money policies despite warnings that it was all too much.

So, what’s in store for the market this year?

Powell has made five major pronouncements in the past five months. With some slight changes, Powell said the same thing all five times. He said fighting inflation is the Fed’s highest priority. He said the Fed will persist in rate hikes until they reach a “terminal rate” defined as a rate high enough to bring down inflation on its own without raising rates further.

Once the Fed hits the terminal rate, it will sit tight (the “pause”) until inflation actually reaches the Fed’s 2% target. Finally, Powell made it clear that unemployment will rise, and a recession is highly likely as a result of these policies. In effect, Powell said “too bad” about unemployment and recession; killing inflation is the only task right now.

Based on Powell’s latest remarks on December 14, the policy path from here is a 0.25% rate hike on February 1, and another hike of 0.25% on March 22. The pause might begin then with the terminal rate at a projected 5.00%.

But after that, the Fed will probably slam on the brakes on rate hikes. The Fed will probably have to cut rates by June 2023. This is not a soft landing. The reason for the pause and early cuts will be that the Fed has thrown the economy into a severe recession.

That may result in rate cuts, but a sharp recession is disastrous for stocks. Stock markets could fall 30% or more from current levels.

Once we’re in a recession, rate cuts won’t do any good. Nor will QE. The recession will happen in a context of higher energy prices, ongoing supply chain disruption, and a Chinese collapse.

But could we be facing something even more alarming than a severe recession in 2023? Read on for the answer.