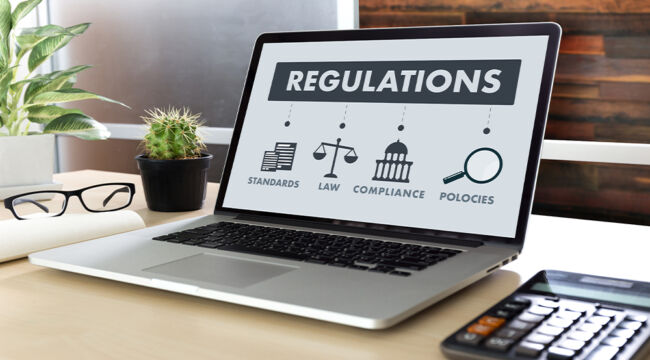 How much wealthier — or poorer — would you be today absent 50 years of government economic regulation?

That is, how much wealthier or poorer would you be… had the United States government stood paws off these past 50 years?

Your choices are these:

Perhaps you would be identically rich or identically poor, despite the federal government’s chronic nosiness.

Regulation counts neither plus nor minus. Let us then add a further selection:

E): No richer or poorer

Have you selected your letter? The correct answer shortly. First, a brief glance at today’s goings- on…

The Federal Reserve concluded its FOMC confabulation this afternoon.

As expected — widely — it sat upon its hands. No rate hikes. No foreseeable halt to quantitative easing.

[The recovery is] uneven and far from complete… It will take some time before we see substantial further progress… Overall financial conditions remain accommodative, in part reflecting policy measures to support the economy and the flow of credit to U.S. households and businesses… The ongoing public health crisis continues to weigh on the economy, and risks to the economic outlook remain.

The stock market already guessed that rates would hold steady and that liquidity would keep pouring.

Hence it met this afternoon’s announcement with shrugs.

The Dow Jones lost 164 points on the day. The S&P took a 3-point trim… while the Nasdaq gave back 39 points of its own.

But to return to our question: How much wealthier or poorer would you be today… absent 50 years of government economic regulation?

Your choices, again, are these:

E): No richer or poorer

Here is the answer: A. That is, you would be thrice as wealthy absent 50 years of economic regulation.

This we have on the grand authority of the Adam Smith Institute:

Federal regulations added over the past fifty years have reduced real output growth by about two percentage points on average…It’s worth thinking about that for a moment. Each individual American, the society as a whole, would be three times richer than they are if there had not been that explosion of regulation of the economy since WWII.

Assume the calculations have accuracy…

Maybe Some Regulations Are Worth the Cost?

Are certain regulations worth their cost? Our minions have yet to complete their comprehensive cost/benefit analysis.

But perhaps some are. For example:

Industry may put a toxic chemical into the air — chemical X, hereforward.

Yet government orders X’s replacement. The cost of business increases as Y comes in.

Industry pushes these added costs onto its customers, who must reach deeper into their pockets for the identical product.

Is society poorer? No, it is not necessarily poorer. Society might have itself a good hard bargain…

The higher price of widgets may be nothing against the future medical expenses to treat the cancers and other ailments resulting from the cheap — but toxic — chemical X.

How much would society gain by substituting X for Y? None can say. All is guesswork.

But the savings might be handsome. Here is the danger nonetheless…

The Camel’s Nose Under the Tent

The government is like the desert camel. Once the camel gets its nose under the tent, the body soon follows. It has the occupants in siege.

And once the government noses its way into the economy through “sensible” regulation… it eventually has the economy in siege.

That is, why not more government? And as Monsieur Pierre-Joseph Proudhon once observed:

To be governed is to be watched, inspected, spied upon, directed, law-driven, numbered, regulated, enrolled, indoctrinated, preached at, controlled, checked, estimated, valued, censured, commanded, by creatures who have neither the right nor the wisdom nor the virtue to do so. To be governed is to be at every operation, at every transaction noted, registered, counted, taxed, stamped, measured, numbered, assessed, licensed, authorized, admonished, prevented, forbidden, reformed, corrected, punished. It is, under pretext of public utility, and in the name of the general interest, to be [placed] under contribution, drilled, fleeced, exploited, monopolized, extorted from, squeezed, hoaxed, robbed; then, at the slightest resistance, the first word of complaint, to be repressed, fined, vilified, harassed, hunted down, abused, clubbed, disarmed, bound, choked, imprisoned, judged, condemned, shot, deported, sacrificed, sold, betrayed; and to crown all, mocked, ridiculed, derided, outraged, dishonored. That is government; that is its justice; that is its morality.

Over 70 federal regulatory agencies employ hundreds of thousands of pettifoggers, finger-waggers and junior caesars who hobble, harass and hagride enterprise.

That is, over 70 federal regulatory agencies employ hundreds of thousands of pecksniffs, finger-waggers and junior caesars… to govern.

Each year they put out some 3,500 fresh rules and regulations. The Federal Register bulges to an obscene 87,351 pages.

No hammer falls, no building rises, no plane, train or automobile budges without government say-so.

Many of its edicts are idiotic. And idiocy is costly…

Moreover, this trio concludes that the poor spend more on the goods and services most vulnerable to these price increases.

The mathematics reduces $4 trillion to $13,000 for each man, woman, and child stabled happily within the United States.

But if you believe all business withers under torrents of regulation, have a second guess.

They sob about this or that rule. They moan about its added costs. But many cry the tears of the crocodile.

The wealthiest businesses can absorb the added burden. Their lesser competitors cannot.

Does an Amazon plump for the $15 minimum wage because it is hot to increase its labor costs — or to saddle competitors who cannot afford it?

They must cut back somewhere else… or shutter their doors entirely. Either way, they are lesser than what they were.

Competition, innovation slacken. Who wins? Not the people whom regulation is intended to benefit.

And so regulation assists Goliath to butcher David.

The Seen vs. The Unseen

To judge a regulation’s visible benefits, we must investigate its hidden costs.

As always, it is useful to seek the counsel of the late Henry Hazlitt. From Economics in One Lesson:

This is the persistent tendency of men to see only the immediate effects of a given policy, or its effects only on a special group, and to neglect to inquire what the long-run effects of that policy will be not only on that special group but on all groups…

To which we would add:

The bad economist cannot see the $3 in your wallet… that 50 years of regulation have reduced to $1.

The good economist can see the $3 in your wallet.

Alas, you never will…