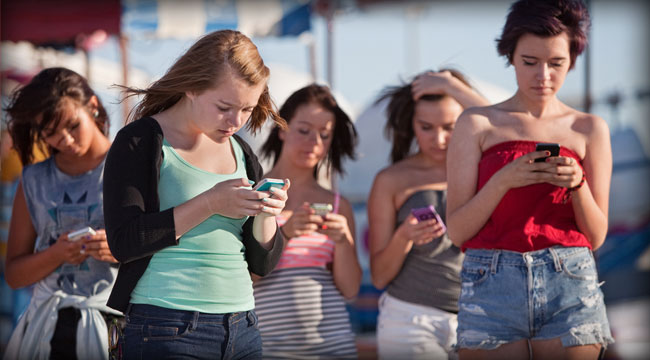 Reality Does Not Cease to Exist Just Because it is Ignored

A little while ago, my friend Laeeth Isharc, who always sends me extremely informative articles and shares with me his investment ideas, drew my attention to an article by Bob Sullivan and Hugh Thompson entitled “Brain Interrupted” (see The New York Times, May 5, 2013).

Bob Sullivan is an award-winning journalist and author (his Gotcha Capitalism and Stop Getting Ripped Off were New York Times best-selling books) whose latest work, co-authored with Hugh Thompson (a computer scientist and entrepreneur), The Plateau Effect, explores why people, companies, relationships, etc., all become stuck at one time or another.

In “Brain Interrupted”, he writes:

Technology has given us many gifts, among them dozens of new ways to grab our attention. It’s hard to talk to a friend without your phone buzzing at least once. Odds are high you will check your Twitter feed or Facebook wall while reading this article. Just try to type a memo at work without having an e-mail pop up that ruins your train of thought.

But what constitutes distraction? Does the mere possibility that a phone call or e-mail will soon arrive drain your brain power? And does distraction matter — do interruptions make us dumber? Quite a bit, according to new research by Carnegie Mellon University’s Human-Computer Interaction Lab.

There’s a lot of debate among brain researchers about the impact of gadgets on our brains. Most discussion has focused on the deleterious effect of multitasking. Early results show what most of us know implicitly: if you do two things at once, both efforts suffer.

In fact, multitasking is a misnomer. In most situations, the person juggling e-mail, text messaging, Facebook and a meeting is really doing something called “rapid toggling between tasks,” and is engaged in constant context switching.

As economics students know, switching involves costs. But how much? When a consumer switches banks, or a company switches suppliers, it’s relatively easy to count the added expense of the hassle of change. When your brain is switching tasks, the cost is harder to quantify.

There have been a few efforts to do so: Gloria Mark of the University of California, Irvine, found that a typical office worker gets only 11 minutes between each interruption, while it takes an average of 25 minutes to return to the original task after an interruption. But there has been scant research on the quality of work done during these periods of rapid toggling [emphasis added].

Sullivan then describes how he commissioned two professors, Alessandro Acquisti, a professor of information technology, and the psychologist Eyal Peer at Carnegie Mellon, to design an experiment to measure the brainpower lost when someone is interrupted. He notes that he “expected the Interrupted group to make some mistakes, but the results were truly dismal, especially for those who think of themselves as multitaskers.… [The] interrupted groups answered correctly 20 percent less often than members of the control group.”

In another experiment a group of people awaited an interruption that never came (the On High Alert group). According to Sullivan, “those who were warned of an interruption that never came improved by a whopping 43 percent, and even outperformed the control test takers who were left alone”. According to professors Acquisti and Peer, the explanation for this counterintuitive result was that the “participants learned from their experience, and their brains adapted.

Somehow, it seems, they marshaled extra brain power to steel themselves against interruption, or perhaps the potential for interruptions served as a kind of deadline that helped them focus even better.” Sullivan notes that what the Carnegie Mellon study shows, however, is that “it is possible to train yourself for distractions, even if you don’t know when they’ll hit”.

Sullivan then quotes Clifford Nass, a Stanford sociologist who conducted some of the first tests on multitasking. According to Nass, those who can’t resist the lure of doing two things at once are “suckers for irrelevancy”. According to Sullivan, “There is some evidence that we’re not just suckers for that new text message, or addicted to it; it’s actually robbing us of brain power, too.”

I have mentioned Sullivan’s article for two reasons. First, wherever I go — whether it be restaurants, bars, private homes, company meeting rooms, airport lounges, country clubs, conference rooms, etc. — I have observed that most people fiddle constantly with their hand-held devices regardless of whether they are alone or in the company of friends or family members. I occasionally shake my head when I see a family sitting down in a restaurant and then observe everyone — parents and children — spend the entire time absorbed in using their hand-held devices, either making or receiving calls, texting, or playing computer games (a primary use of phones nowadays). I should also mention that the studies Sullivan refers to in his article fail to address the loss of concentration of somebody who is seated next to a person who is constantly speaking on the phone. Some studies have suggested that people who overhear both sides of a conversation have a lower loss of concentration than do people who can hear only one side.

I subscribe to a weekly blog called “Dr. Conversation”, written by Loren Ekroth (loren@conversation-matters.ccsend.com). Ekroth recently expressed the view that “quality conversations” during family dinners are rare nowadays, partly because technology “has invaded the dinner table with texting and phoning”.

He quotes Bruce Feller, who devoted an entire chapter to this in his recent book The Secrets of Happy Families. “The Right Way to Have a Family Dinner” is subtitled, “Why What You Talk About is More Important Than What You Eat or When You Eat it”. Feller suggests that “each dinnertime should include at least 10 minutes for quality conversation. From Monday through Friday, a different topic for each day. Example: ‘Word of the Day.’ Purpose? ‘Teach your kids one new word at every meal.’ And let the kids talk at least half the time so that adults don’t dominate the conversation time.”

Ekroth recommends talking about a book or a short story, such as “a classic book that the parents have read as children, like Mark Twain’s Tom Sawyer, or a short story by a favorite author such as O. Henry or Edgar Allen Poe”. Or if a family has a strong religious faith, he suggests discussing “a proverb or verse from the scriptures of your faith.… Ask the children to suggest a topic, which gives them some responsibility for the quality of dinner conversation.” But most importantly, Ekroth lists the “ground rules”, which consist of: “No blaring TV in the background. And absolutely no cell phones for talking or texting that interrupts the meal time.” (Ann Landers: “Television has proved that people will look at anything rather than each other.”) (Emphasis added.)

Ekroth concludes: “Very few schools teach how to participate in a quality conversation, so if children learn to talk with courtesy and civility, they must learn that in their homes with the adults as models.”

I agree with Feller’s and Ekroth’s view that, whether you are with friends or family, a meal taken together should be a time for relaxation, fun and laughter. But I would go further and say that using a hand-held device when in company is grossly impolite and ungentlemanly. (A gentleman is someone who never offends, disturbs or annoys another person needlessly.) As Richard Moss (author of seven books, including The Mandala of Being: Discovering the Power of Awareness and Inside-Out Healing: Transforming Your Life Through the Power of Presence) has said, “The greatest gift you can give another is the purity of your attention.”

Moreover, I think that politeness entails being “tactful”, which demands that people minimize behaving and expressing themselves in ways that make others feel uncomfortable and, instead, maximize expressions and behaviors that benefit others and make them feel welcome and comfortable.

Ed. Note: If you want to minimize your distractions altogether, sign up for the Daily Reckoning email edition. Each daily you’ll get even more insight on the day’s topic than you get by just reading the essays on our site. Click here to sign up.