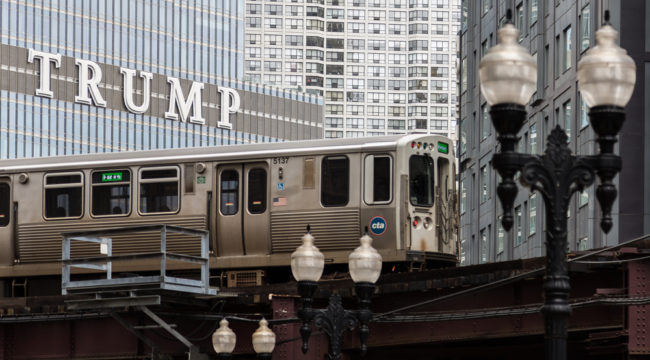 Does the market have a surprise in store for Trump this year… like it did for Reagan shortly after he took office?

The Dow’s rallied 8% since the November election. Trump got the animal spirits stirring again with talk of infrastructure spending, lower taxes and a lighter regulatory hand.

The yield on the 10-year Treasury has soared from 1.86% pre-election to 2.62% in mid-December. Expectations of higher growth and inflation under Trump account for it.

The last time the market went on such a post-election spree was 1980… when Reagan was elected. Stocks rallied 9% through his inauguration in January ‘81.

Are stocks headed for a similar fate?

The times were different of course. Inflation raged almost 15% in 1980. Paul Volcker had to goose interest rates all the way to 20% in June 1981 to extinguish the fire.

Today’s interest rates hover about a half-inch off the floor — even though the Fed raised rates last month. So any comparison between then and now must be taken with heaping spoonfuls of salt.

But here’s something Trump faces that Reagan didn’t: Trump faces the highest debt-to-GDP ratio of any incoming president since Truman. Something to file away somewhere.

But is there some market indicator that could forecast the market under Trump?

“To monitor the fortunes of the stock market and economy under President Trump, says Michael Santoli, CNBC’s senior markets commentator, “it’s best to focus more closely on the all-seeing, no-nonsense bond market than anything else.”

Rising Treasury yields reflect investor expectations of higher growth and inflation. Bond investors generally demand a higher yield if they expect higher inflation during the life of the bond. That’s because inflation reduces the real return on their bond.

But yields on the all-important the 10-year Treasury have hit a wall of late. Today they sit at 2.40%, a good sight below December’s highs. And today they had their biggest daily fall since Jan. 5. MarketWatch says it’s because investors are uncertain about Trump’s plans.

Here CNBC explains the key to the market’s success — and maybe Trump’s. That key to success is: “For Treasury yields to resume their rise — though not too far or too fast– as validation of higher growth and inflation prospects.”

So rebounding yields could be what the doctor orders. But it’s that Goldilocks bit — “not too far or too fast” — that’s so critical. If rates rise too fast it risks a selloff in stocks…

Despite the current ambivalence Zulauf expects the Trump reflation trade to find its wind again:

“Stocks could easily rise another 10% into the middle of the year.”

But then it gets interesting. Inflation expectations will rise again, spiking bond yields:

“After a soft period, bond yields will rise again, with the 10-year Treasury yield hitting 3% or going a little above it.”

And here’s the juice: “That will trigger a big correction in equities, just when everyone is fully invested after buying into the Trump rally.”

So a 3% yield on the 10-year would be the tipping point in this view.

Billionaire Jeff Gundlach is the influential founder of DoubleLine Capital. What does he say about 2017?

“We are going to break out of the land of stability this year, and certainly by 2018, and there will be an inflation surprise.”

There again, talk of inflation. And then?

“I look for the stock market to make new highs in the first part of the year, but when rising interest rates bite, stocks will fall.”

Same call as the other fellow. A rising stock market for the first part of the year, inflation expectations cross a threshold, then comes the fall.

Reagan had to deal with a 30% market correction starting the year he took office. Different time, different circumstances… but will Trump face the same?

We certainly hope not. But if you think the media’s hard on Trump now… just wait till they try to pin a 30% market correction on him. The fellow’s tough — but every man has a breaking point. Even Trump.

COVID and the Noble Lie