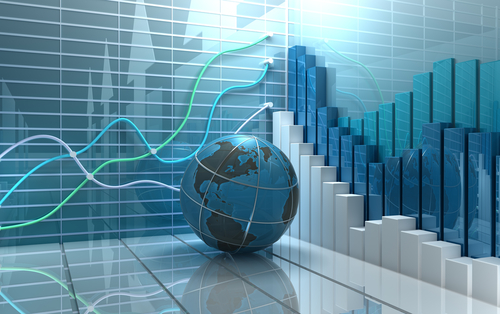 Promises Will be Broken

When wealth was easy to identify and easy to control — that is, when it was mostly land — a few insiders could do a fairly good job of keeping it for themselves. The feudal hierarchy gave everybody a place in the system, with the insiders at the top of the heap.

But come the industrial revolution and suddenly wealth was accumulating outside the feudal structure. Populations were growing too…and growing restless. The old regime tried to tax this new money, but the new ‘bourgeoisie’ resisted.

“No taxation without representation,” was a popular slogan of the time. The outsiders wanted in. And there were advantages to opening the doors.

Rather than a small clique of insiders, the governments of the modern world count on the energy of the entire population. This was the real breakthrough of the French Revolution and its successors. They harnessed the energy of millions of citizens, who were ready to be taxed and to die, if necessary, for the mother country. This was Napoleon’s secret weapon — big battalions, formed of citizen soldiers. These enthusiastic warriors gave him an edge in battle. But they also ushered him to his very own Waterloo.

Napoleon Bonaparte himself was an outsider. He was not French, but Corsican. He didn’t even speak French when he arrived in Toulon as a boy. But there never is one fixed group of people who are always insiders. Instead, the insider group has a porous membrane separating it from the rest of the population. Some people enter. Some are expelled. The group swells. And shrinks. Potential rivals are brought in and bought off. Weak members are pushed out. Sometimes, a military defeat brings a whole new group of insiders into power. Elections, too, can change the make-up of the core group.

The genius of modern representative government is that it allows the masses to believe that they are insiders too. They are encouraged to vote…and to believe that their vote really matters. Of course, it matters not at all. Generally, the voters have no idea what or whom they are voting for. Often, they get the opposite of what they thought they had voted for anyway.

The common man likes the idea that he is running things. And he pays dearly for it. After the insiders brought him into the voting booth, his taxes soared. In America, taxation with representation proved far more costly than without it. Before the War of Independence, government spending was as little as 3% of GDP. Now, according to the figures above, US government expenditures tote to 38.9% of GDP. And if you live in a high-tax jurisdiction, such as Baltimore or New York, you will find your state, local and federal tax bill will run to nearly 45% of your income.

In short, the insiders pulled a fast one. They allowed the rube to feel that he had a solemn responsibility to set the course of government. And while the fellow was dazzled by his own power…they picked his pocket!

It didn’t stop there. Under the kings and emperors, a soldier was a paid fighter. If he was lucky, his side would win and he’d get to loot and rape in a captured town for three days. Relatively few people were soldiers, however, because sensible people despised them and societies were not rich enough to afford large, standing armies.

The industrial revolution changed that too. By the 20th century, developed countries could afford the cost of maintaining an expensive level of military preparedness, even when there was not really very much to be prepared for. But the common man was skinned again. Not only was he expected to pay for it, still under the delusion that he was in charge, he also was made to believe that he had a patriotic duty to defend the homeland insiders! That is the real reason that the modern democratic system has spread all over the world. It allows the insiders to mobilize more of the resources and energy of the country on their behalf. Nothing can compete with it.

You may wonder, though, why the real insiders would devote so much of national output to programs that benefit people other than themselves. The answer is obvious; because that is how they retain power. They must buy it. And since every vote is equal to every other one, they bid for votes on the basis of price, not quality. Everyone really knows his vote is not worth very much. That is why so many are cast on the basis of what seem to be cultural or symbolic issues of little material consequence — such as gay marriage or abortion. But other voters use their votes to get the material benefits that they want. Naturally, the elites want to buy them at the cheapest prices, so they begin the bidding in poor neighborhoods. Trouble there is that poor people tend not to vote at all…so they have to aim a little higher and pay a little more, which ends up in the middle and lower-middle classes…where health and retirement benefits are key election issues. In order to win an election, all major political parties solemnly swear to do what none can do honestly…or reliably — to keep the money flowing to these voters. The party that wins is the one that makes its promises most convincing…the one that seems most able to deliver.

But now the insiders are in trouble. The typical citizen is beginning to realize that he’s been had. As long as the insiders could plausibly promise him more and more benefits, he was willing to go along. But now, growth has stalled. With more and more people retiring, social costs are rising faster than revenues. Public finances can’t keep up. Democracies can’t deliver. And since the recipients of social spending are also the deciders, the faux-insiders who vote for the candidates of their choice, the government can’t adapt. It can’t avoid its own suicide. It will continue spending, diverting energy from the people who produce to the people who consume, until the system collapses. The ‘complexity’ of the system now strangles it.

Today, no major government in the developed world can make good on its promises. The US, for example, has committed itself to pay $86 trillion in debt as well unfunded health and retirement benefits. In 2012, the feds added another $7 trillion to this figure. GDP, meanwhile, grew by about $320 billion. Financial obligations are now growing 21 times faster than the economy that will have to pay them.

Growth rates have trended down over the last half a century. It doesn’t seem to matter who was in the White House, or what was the price of oil, or whether interest rates were high or low, or whether the government ran deficits or surpluses. The same thing happened in France as in the US. From GDP growth around 5% in the 1960s and 1970s, growth rates in the developed world have been cut in half.

Nor is the current financial crisis to blame. Growth rates began to decline at least 40 years ago. Today’s rates are not extraordinarily low. And nobody really knows why this is happening. A steadily declining GDP growth rate seems to defy our assumptions about the way the world works.

The world now has more scientists, more accumulated knowledge, more money spent on research and development. These things should mean accelerated growth rates. They should allow people to get richer and richer at a faster and faster pace. Why has growth stagnated?

We don’t know. But we don’t have to know. The question is: where’s the downside? The US used a lot more energy in the period 1920-1980. Its GDP grew fast too. Now, energy use and GDP growth have both leveled out. So what?

This discussion might be merely inconsequential; instead, the future of the United States of America, Europe, Japan and the entire world economy hangs on it.

Growth — more GDP…more jobs…more revenue…more people — is also what every government in the developed world desperately needs. Without it, their deficit spending (all are running in the red) leads to growing debt and eventual disaster.

Growth over the last hundred years — in population, GDP, wages, prices — made it possible to expand government spending greatly, anticipating larger, richer generations that would support their smaller, poorer parents.

“Without growth,” we observed last week, “this system of public financing is doomed to spectacular failure. More spending will not be better; it will be calamitous.”

Western governments have bet heavily on high rates of growth. But those bets are starting to look like losing wagers. And it was not only government that bet heavily on high rates of growth. Private households bought bigger houses than they could really afford — counting on growth to raise housing prices. They also went deeply into debt, expecting wage growth (and perhaps inflation) to bail them out.

Investors, too, were “long growth.” That is, they bought stocks in anticipation that growth would make their holdings more valuable. They took it for granted. Over the long run, they said to themselves, stocks always go up. Why? Because the economy always grows.

In a stagnant economy, stocks are only worth whatever their stream of dividend payments deserve. One company might become more valuable than others, thanks to luck or better management. But if the economy itself is not growing, a company can only grow by taking market share away from another company. Overall, investors will be even. But that’s little comfort.

When you’re headed for The Downside, you don’t want to speed up.

If Napoleon had lost at Austerlitz, he never would have invaded Russia. If Hitler had run out of fuel at the Dnieper he never would have made it to Volga. And if it hadn’t been so easy to make his first $1 million, Bernie Madoff might never have lost $65 billion.