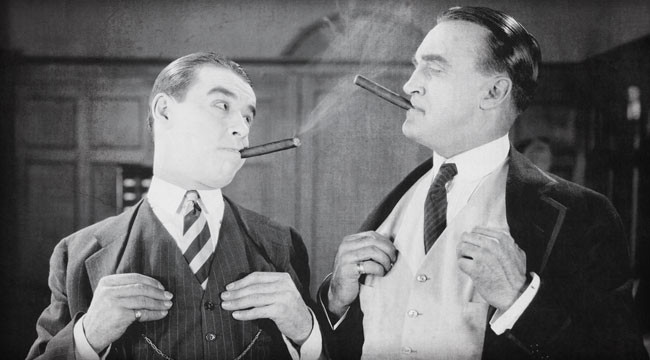 Crowdfunding: Not Just for Billionaires Anymore

[This article originally appeared in The Daily Reckoning on December 19, 2013]

The year was 2004 and billionaire entrepreneur Peter Thiel decided to sow $500,000 into a small but growing startup. Facebook was its name… perhaps you’ve heard of it. It was the company’s first angel investment. In return, Mr. Thiel was given a 10% stake and a seat on the board, where he took a back seat as his stake appreciated. When he sold, he reaped over $1 billion. Nice work if you can get it.

Alas, Thiel’s story captures the zeitgeist of the past 80 years…

2014 will be the year of “equity crowdfunding.”

If you had sought out Facebook’s bright-eyed and bushy-tailed Harvard undergrad and given him a measly $500 in 2004, do you know how much you’d be sitting on? A pile of money a million dollars high. Yet retail investors like you were locked out of private equity investments like it thanks to U.S. security laws.

That didn’t stop us from asking the question on everyone’s mind: “What if you could actually invest seed capital in a concept you believed in with your whole heart? What if you could be your own venture capitalist, risking a small chunk of your portfolio?”

Good thing we asked it, too… because of all things, government policy has unlocked the opportunity for you after almost a century-long ban. In 2014, you’ll be able to invest directly in a neighborhood business or in that awesome garage startup down the street. 2014 will be the year of “private equity crowdfunding.”

We’d better clear up our terminology for starters. “Crowdfunding” already exists through sites like Kickstarter, where tiny startups give their best pitch for a product to people like you. If you’re sold on the idea, you invest by way of ordering the product before it ever goes into production.

“Crowdfunding is turning into a huge business,” writes our friend Wayne Mulligan, the founder of Crowdability — a website that aggregates the best crowdfunding opportunities out there. “Research firm Massolution reported that in 2012, 308 crowdfunding platforms across the world raised $2.7 billion. Many predict that the market will reach $5 billion or more in 2013.”

“Equity crowdfunding” is another animal altogether — and potentially much more lucrative. Here, you’re actually buying a stake in the nascent company. Up until now, such a privilege was limited by the Securities and Exchange Commission to “accredited investors” with a net worth of at least $1 million or a family income of at least $300,000. That’s all changing with the passage of the Jumpstart Our Business Startups (JOBS) Act of 2012.

“The act,” Makers author Chris Anderson told us earlier this year in an interview, “makes it easier for small companies to use regulated Web-funded crowdfunding sites such as RocketHub, Crowdfunder and Launcht to raise up to $1 million in investment money from regular people.”

The SEC was supposed to finish writing the regulations to implement the law by Dec. 31, 2012. Instead, the bureaucrats took almost an extra year, finishing on Oct. 23. Now, a 90-day public comment period is in effect. That should be wrapped up (fingers crossed) by the end of January.

Once the paper pushers finally get out of the way, the industry’s potential is immense: If only 1% of long-term investment in the U.S. shifted to crowdfunding, that would be a $300 billion market — 10 times the venture capital invested during 2011.

2014 will be the year you can become your own venture capitalist on a shoestring budget.

Skeptical? “You’ve got every right to be,” says Wayne. “But keep in mind that before the emergence of online brokerage platforms like E-Trade, plenty of smart people thought average citizens would never go online to trade and invest in stocks. E-Trade’s annual revenues today? More than $2 billion.”

Cautiously optimistic, we make the following prediction: 2014 will be the year you can become your own venture capitalist on a shoestring budget.

The enthusiasm brewing for this new sector of the market “brings to mind the anticipation and wealth-building potential of being part of ‘The Next Facebook’ or The Next Google’,” comments Wayne Mulligan in his curiously titled essay “When Losses are Good for Your Portfolio.”

But as exciting as the idea of getting in on the ground floor of one of those companies is, Wayne has two words that you may find much sexier: “tax benefits”. Check out his full assessment, right here.

P.S. We’ve been working with a new partner to make this crowdfunding forecast a self-fulfilling prophecy. And readers of The Daily Reckoning email edition were given an opportunity to see the details before almost anyone else. Make sure you don’t miss out on another great opportunity like this one. Sign up for The Daily Reckoning, for FREE, right here.