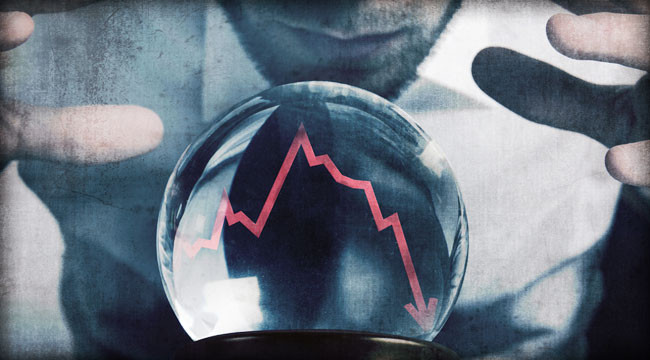 When Losses are Good for Your Portfolio

“Startup.” Ah, what an exciting word…

It brings to mind the anticipation and wealth-building potential of being part of “The Next Facebook” or “The Next Google.”

But for a handful of smart investors, the word “startup” conjures up something that’s a little less world changing, but (depending on how you look at it) equally as sexy:

…investing in early-stage companies offers a way to cut hundreds, perhaps thousands, of dollars from your tax bill each year.

This isn’t widely known. In fact, a famous venture capitalist – someone who’s been making successful early-stage investments for almost 30 years – recently said, “I have never taken advantage of them.”

But it’s right there in the tax code: investing in early-stage companies offers a way to cut hundreds, perhaps thousands, of dollars from your tax bill each year.

If you’re actively making equity crowdfunding investments, you can do it right now. Today we’ll show you how.

When a company gets started, one of the first items of business is determining what type of “corporate structure” to use – for example, an LLC (Limited Liability Company), a Corporation, or a Partnership (LLP).

Each type has unique characteristics. LLCs and LLPs, for example, are known as “Pass-Through” entities. If the company earns a profit, those profits “pass through” to the individual owners from a tax perspective, and must be reported as personal income.

But here’s where it gets interesting as it relates to early-stage investing. You see, profits aren’t the only thing that gets passed through to individual tax returns… so do losses.

Let’s say you recently invested in a startup that was structured as an LLC. Chances are, the company won’t turn a profit for some time – they need to “invest” in their business now in order to generate future profits.

Sure, if a company loses money for too long, it’ll go out of business. But for an early-stage startup, especially in the technology or consumer product area, running at a loss for a year or two is common.

As a shareholder in a loss-making LLC, you can apply those losses against your ordinary income. This is a tactic that can help shave thousands of dollars off your tax bill each year.

Check out CircleUp, which specializes in consumer product companies: many of the companies raising money there are structured as LLCs.

Most of the tech companies raising money on platforms like AngelList and WeFunder, however, are “Corporations.” So this tax loophole won’t help you there.

But guess what: we’re also going to show you a way to save on taxes with Corporations as well…

All publicly traded companies – Coke, Google, McDonald’s, etc – are corporations. And corporations don’t have “pass through” income or losses, which is why you won’t receive a tax benefit if McDonalds suffers a quarterly loss.

For startups that are corporations, the tax issue doesn’t generally come up until the company is acquired. At this point, assuming the value of your stock has gone up, you’ll be taxed at the capital gains rate – either the short term or long term rate depending on how long you’ve owned the stock.

The short term rate is almost double the long term rate. But here’s the thing: there’s a way to avoid paying either – or at least, defer paying either.

Sections 1202 and 1045 of the Federal Tax code deal with something known as Qualified Small Business Stock (QSBS). These rules were put in place to incentivize taxpayers to invest in small businesses. You can go to the IRS website to read more, but here’s the gist:

If you own stock in a company that’s worth less than $50 million at the time you bought it, that stock is considered QSBS.

If your QSBS stock is acquired for a profit, you can avoid paying taxes on it if you invest your profit into another early-stage investment. Let’s look at an example:

Let’s say you invested in a start-up a few years ago. The startup was recently acquired, netting you a profit of $100,000.

Obviously you’ll want to invest in startups that perform well enough to provide you with a substantial return. And you can only minimize or avoid paying taxes for so long.

But the strategies we’ve outlined today will allow you to benefit from the early losses of a company – as well as its future gains.

Keep in mind that we’re not tax advisors, and that every investor’s situation is unique. So be sure to speak to your accountant before employing either strategy!

Yes, only two things are certain in this life – but why not defer them both for as long as possible?

Ed. Note: There are plenty of little tricks to investing in small companies just like the one Wayne describes. And it could mean the difference between profits and losses on your personal balance sheet. To learn more about these tricks of the trade — and a chance to discover several real actionable investment opportunities, every day — sign up for the FREE Daily Reckoning email edition, right here.