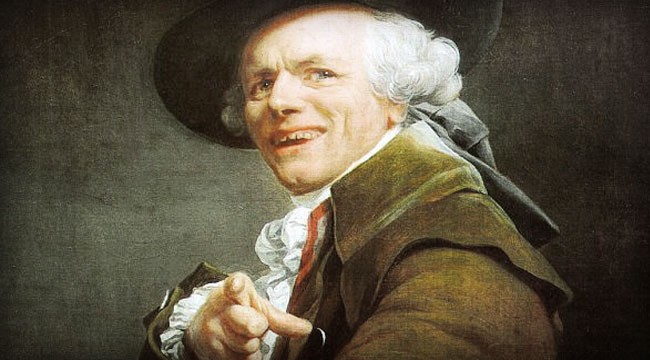 Let’s take a look at how the US economy, money and government have changed since President Nixon ended the gold-backed monetary system in 1971.

It is not pretty.

We already know about the money. Since 1971, it’s been a credit-based, not a gold-based, system.

Americans still say they believe in free markets, democracy and financial rectitude. But only as platitudes and hypocrisies.

America’s industries have largely been shipped over to China and other lower-cost producers in the emerging world.

That didn’t “just happen.” The Fed’s EZ money financed it. American consumers borrowed to spend more than they could afford. Walmart met their desires (if not their needs) with “Everyday Low Prices,” courtesy of low-paid Chinese workers.

This sent US dollars to China. The Chinese used the profits to build even more, and better, factories. Pity the American businessman who tried to compete. He was overwhelmed.

He had to pay wages 10 times higher than the Chinese. He also had to bow to regulations — tax, environment, labor, diverse bullying — that left him hobbled and fettered.

There’s not much left of America’s industrial economy. Seventy percent of the US economy is made up of consumer spending. Manufacturing has fallen to just 12% of the economy… down from 24% in 1971. And it’s now the main source of wealth in only seven states.

The deindustrialization of the US is blamed for the slipping wages of low- and middle-class Americans. So is immigration. And robots.

“It’s not unfair,” say the people who caused it. “It’s just the free market.”

But the free market was one of the first casualties of the post-1971 fiat money period.

In a free market, people earn money by working (income) or by saving and investing it (capital growth).

But credit-based money needed neither work nor saving; you just had to know the right people. Private banks, aided and abetted by the Federal Reserve, could create as much credit money as they pleased and feed it to their cronies on Wall Street.

The new money was then transformed as miraculously as water into wine.

For the privileged insiders it was almost free; the Fed made sure of that. But for consumers, it became a heavy burden of debt.

And for the economy, it became an inflation mechanism for financial bubbles.

The most recent blew when the banking and mortgage industries (part owned by the feds by way of Fannie and Freddie) lent trillions of dollars to homebuyers, who ended up with debt they couldn’t afford for houses they didn’t need.

When the house of cards collapsed in 2008, the feds moved fast. Not to help the homeowners, but to bail out Wall Street — the most reckless risk-takers in subprime debt — and the most incompetent of the big automakers, too.

Why bother to save when you can get phony money from the Fed-controlled banks?

Why bother taking the risk growing your business into new markets when you can just borrow from the Fed and buy your own shares?

Why bother to start a new small business at all, when all the credit goes to big, entrenched ones?

For most working-class Americans, real earnings peaked in the mid-1970s. Since then, it has been downhill. The rich get richer. The poor and middle classes go further into debt to try to keep up.

Since the credit crisis of 2008, nearly 100% of the asset price gains went to the top 10% of the population. This was no accident. The Fed put its credit machine to work for the rich — heating up asset prices, but leaving the rest of the economy cold.

What to make of it? The natural process of history? A fluke?

We don’t think so. It is the result of public policy decisions made by the hacks, hangers-on and has-beens who gain the most from them.

There were no popular debates. There were no votes. Small but powerful elites created the fiat dollar, the TARP, ZIRP and QE. They were also responsible for Washington’s spending, regulation and tax decisions. That these creations favored the same elites was more than a coincidence.

Our old friend Jim Davidson calls it a “pimpocracy.” At least streetwalkers give value for money, he says. The pimps don’t. They take advantage of the prostitutes… and the johns too.

Today, we simply note that cheap money has done what it always does: undermine the economy and the society that hosts it.

It can even happen when you have a gold-backed monetary system.

The Roman Empire was an early victim. When it made a conquest, the easy money — the captured booty and slave labor — came back to Rome and raised prices. Slave labor reduced wages for free workers. And the stolen property competed with locally made goods. This weakened Rome’s domestic economy.

Spain repeated the trick in the 16th century. Gold came back from the New World in such quantities that Spaniards found they could live off the easy money.

They found a mountain of silver at Potosí in Bolivia and put slaves to work, night and day, mining it. Prices rose sharply throughout Europe. And when the easy money came to an end, the Spanish economy collapsed.

It didn’t recover until Spain joined the European Union in 1986.