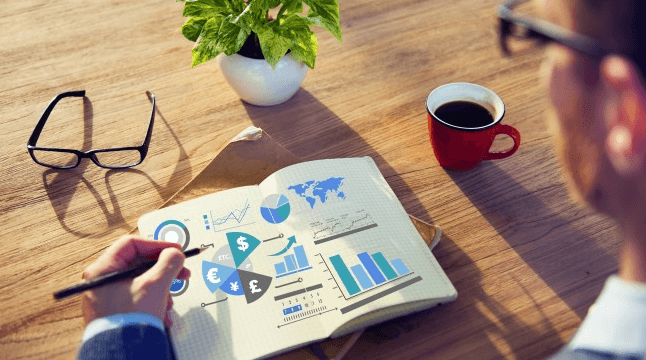 For all the mad, esoteric theories I had to learn, there were at least some sanities to hold onto.

One of these was that a nation can’t grow more prosperous simply by creating more money with which to pay for more stuff.

Whenever a young naïf would raise this question, it was always dispatched – correctly – with a short explanation of how such a thing would lead to inflation.

It All Depends on Where the Money Goes

The answer to that question comes down to how quantitative easing, or QE, has worked in practice, and where the money has gone.

In a nutshell, central banks have created money and used that to buy financial assets from private firms. In the case of the Bank of England the vast majority of those financial assets have been UK government bonds, or gilts.

The firms who sold those gilts, such as pension funds and insurance companies, then had cash they could use to buy other, riskier assets e.g. shares or corporate bonds.

In broad outline, that’s how QE has worked.

The result you might expect, therefore, is a higher stock market, lower bond yields (which move inversely to bond prices), and greater issuance of corporate debt.

By and large, that’s what we’ve had. There are factors in play besides QE, of course, but QE has helped create the picture we observe.

If your aim is to generate higher consumer price inflation, then QE as we’ve had it in Britain is a very indirect way to get it. Hence we see QE’s impact muted by the deflationary forces set against it.

But what if the BoE did something else with the money?

What if it injected it straight into the so-called “real economy” beloved of political speechwriters?

This is the basic idea behind “People’s QE” – that the BoE could use its money-creating powers to boost infrastructure and other “real economy” projects.

Instead of buying gilts from pension funds, the BoE would buy debt from local authorities, health trusts and other public bodies, or perhaps from a so-called green investment bank.

The debt they buy would be deliberately created to fund some capital project or other.

Now, with the election of Jeremy Corbyn as Labour leader, People’s QE has a high profile advocate.

I know, I know, there’s a surfeit of Corbynology doing the rounds today. I’ll keep this brief.

First, let me just say I don’t expect Corbyn to ever be prime minister. But I don’t know how much of that is my head talking and how much my heart.

Besides, one can never say never. We don’t know who’ll be leading the Conservatives in 2020, or how their personal style will appeal to voters (which sadly seems to trump everything these days, no pun intended).

Let’s be optimistic and assume that neither Corbyn nor some other People’s QE advocate ever gets into Number 10. The idea could still have a profound influence on policy in the years ahead.

There Will Be a Next Time

It’s fair to say there will be another severe downturn at some point.

We don’t know when, but unless you believe the business cycle’s been abolished, it will happen.

One effect of ongoing loose monetary policy is that central banks have reduced firepower for dealing with the next crisis (you can’t cut interest rates to zero when they’re already there).

If that’s still the case when the next downturn hits, then the focus will be squarely on fiscal policy. What will governments do to help?

I expect People’s QE will be suggested as an obvious (if utterly misguided) answer to that question. In comparison, old fashioned government borrowing and spending could come to look like the fiscally responsible option.

“We must avoid debt monetization by the back door!” someone will cry.

“Yes, we will borrow, but we must do so responsibly. We will carry the debt on the national books and subject ourselves to the discipline of the market.”

Remember, the Conservatives, and Osborne in particular, have built up a reservoir of economic credibility, at least when they’re compared with their opposition.

What’s the point of doing that if you don’t tap into it when it’s time to win an election?

Especially if we get a nasty economic shock you can use as a scapegoat – and especially if you still get to look responsible when compared to your opponent.

In this way, we could see the economic debate dragged to the left. Or, rather, the debate will grow more polarized, but we may see more populist policies following on the heels of Osborne’s living wage.

Because you can do such things and still look austere when your opponent’s policies remind people of Venezuela.