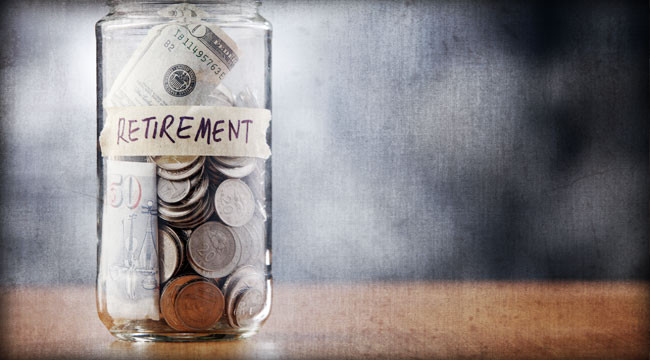 A new assessment of state pension obligations suggests the problem is even worse than it already appears. 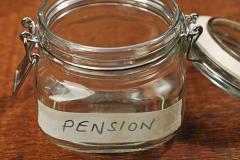 Using a more conservative method of accounting for financial gains in the marketplace, there is a $4.1 trillion gap between assets and liabilities — known as the “unfunded liability” — of all state-level pension systems in the United States, according to State Budget Solutions, a fiscally conservative think tank that deals with tax and spending issues at the state level.

On a per-capita basis, each American would have to fork over about $13,100 to fill that gap and fulfill the promises made to current and retired state workers.

The new survey makes the pension crisis look worse than in other reports because of the way State Budget Solutions calculates the plans’ unfunded liabilities.

The group uses a measure called “market value liability,” which assumes that pension funds will earn about 3.22% annually — in line with what long-term U.S. Treasury bonds pay. That measure is more accurate than often bloated assumptions that underpin most state pension plans.

“They are able to make the unfunded liability seem lower, and that means they have to put less money into the pension systems each year,” said Cory Eucalitto, who authored the State Budget Solutions report.

Many states use an assumed return of 7% or 8%, though some are beginning to adjust those expectations downward. But every time the investments miss that mark, it widens the gap between the pension fund’s assets and liabilities.

For example, in Pennsylvania, the official unfunded liability reported by the state’s two major pension systems is a combined $49 billion. That assumes pension funds will grow at a rate of 7.5% every year in perpetuity.

Using the lower, safer growth rate of 3.22%, the unfunded liability in Pennsylvania’s two pension plans grows to a combined $156 billion.

This different form of measuring liabilities produces some truly scary results. In five states, State Budget Solutions calculates pension liabilities represent more than 40% of the entire state economy. In two states — Ohio and Mississippi — the pension costs are equal to more than half the state’s gross production.

On a per-capita basis, it’s equally worrisome. There are five states where the unfunded pension liability would represent a per capita cost of more than $20,000, with Alaska leading the way, at more than $32,000 per person.

Many states are struggling to find the political will to deal with the tsunami of pension costs poised to wreck budgets for decades to come.

Even Tennessee, on the low end of spectrum, would have to ask each and every resident to pay $5,676 to cover the full cost of its state pension liabilities.

Many states are struggling to find the political will to deal with the tsunami of pension costs poised to wreck budgets for decades to come.

In Illinois, where the state is dealing with the nation’s highest official unfunded liability, of $100 billion — State Budget Solutions says it’s really more like $287 billion — Gov. Pat Quinn made an effort at reform this year.

The plan landed with a thud in the state legislature.

A similar effort by Pennsylvania Gov. Tom Corbett went nowhere during the spring session. He wanted to move all new state workers into a 401(k)-style pension system, but lawmakers expressed little interest in the face of surefire union opposition.

Conservative groups and state finance experts point to Wisconsin as an example of where pension reform is paying dividends. Changes to public employee benefits that were pushed by Gov. Scott Walker — resulting in massive union-led protests and an unsuccessful recall effort — have saved the state $110 million this year, according to one measure.

Kansas and Alaska have recently reformed their pension systems to include a 401(k)-style plan for new hires, helping to ease the burden of long-term pension costs.

Eucalitto said that should be the end goal, because it saves taxpayers’ money and makes the system easier for states to manage without the risk of underfunding plans.

It’s also better for employees, he said, because they have individual accounts, and if they are getting shortchanged by the state, it will be readily apparent to them.

“For public employees, they are given greater control over their own retirement and it makes it harder for states to break their promises to their retirees,” Eucalitto said.

Using a different method of accounting for unfunded state pension liabilities, a recent report from Pew Charitable Trusts estimated the gap between states’ assets and obligations at around $750 billion.

Add to that an additional $620 billion in unfunded liabilities for retiree health care coverage, which many states promise to provide to their retired workers in a separate system from traditional pensions.

“Though states have enough cash to cover retiree benefits in the short term, many of them — even with strong market returns — will not be able to keep up in the long term without some combination of higher contributions from taxpayers and employees, deep benefit cuts, and, in some cases, changes in how retirement plans are structured and benefits are distributed,” concluded researchers at Pew.

While both Pew and State Budget Solutions express concerns over higher taxes and cuts to workers’ benefits, states could have other unseen consequences from running up high levels of pension debt.

“Pension underfunding has been driven by weaker-than-expected investment results, previous benefit enhancements, and, in some states, failure to pay the annual required contribution to the pension fund,” said Moody’s analyst Ted Hampton.

Of the 50 states, those with the highest debt and pension funding needs include Connecticut, Hawaii, Massachusetts and Illinois.

Eric Boehm
for The Daily Reckoning

Ed. Note: The pension crisis in the U.S. is likely to get worse before it gets any better. That’s why it’s best to be prepared. And a subscription to The Daily Reckoning can help you do just that. It’s full of incredible opportunities for you to build your wealth, and it’s completely free to sign up. So don’t wait. Your next issue is just a few hours away. Click here to sign up now.