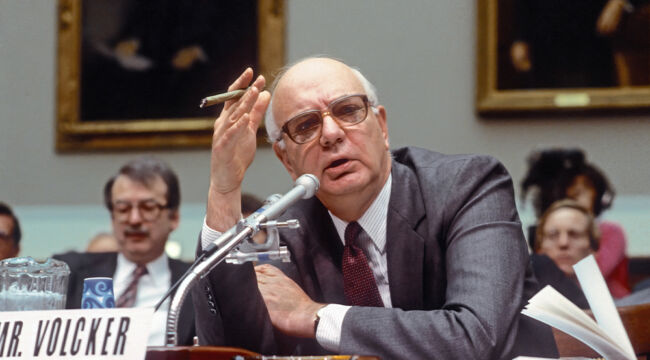 I’ve frequently said that forecasting Fed policy is easy. The Fed actually tells you what they plan to do in advance. This is the “no drama” Fed.

All you have to do is listen to what they say and believe them. They don’t want to surprise markets or trigger any unexpected volatility. So they signal in advance and move accordingly.

In reality, there’s a bit more to it than that.

The Fed also signals through leaks to chosen reporters. You need to know which reporters are the chosen ones and what publications they write for. The Fed also rotates to new reporters from time to time so you have to be alert to any shifts.

Still, it’s easy to know what’s coming if you know where to look and who to listen to.

The hard part is knowing when the Fed is on the wrong course (they usually are) and when they will realize it (usually too late). Based on that, you can forecast how much harm the Fed will do and how badly the economy will be damaged before the Fed changes course.

That’s more difficult and the timing can be tricky, but that’s the real art of Fed forecasting.

With all that said, the Fed has announced two policies: The first is that they will raise interest rates 0.50% on December 14, just a few days away. The second is that they may continue raising rates for much longer than the market expects.

The bulls cheered because that negative bit of news seemed to confirm their view that rate cuts are on the way. But it didn’t last.

Powell has maintained a hawkish stance in a series of four high-profile speeches (August 26, September 21, November 2, and November 30), and now through press leaks.

There’s another meeting on May 3. It’s too soon to form a good estimate of what the Fed will do in May, but Powell has not ruled out another rate hike then.

But the economy will suffer a severe recession due to the rate hikes, and probably soon. Since the impact of monetary policy on the economy generally has a lag of maybe nine months to a year, we can expect the economy to be impacted by last year’s aggressive rate hikes in Q1 and Q2 of this year.

But once we’re in a recession, rate cuts won’t do any good. Nor will QE. The recession will happen in a context of higher energy prices, supply chain disruption (it’s baaack), and a Chinese collapse. Good luck getting through that. In this scenario, Goldilocks gets eaten by the bears.

The Fed will slam on the brakes on rate hikes and will probably have to cut rates by next June. Why won’t he cut rates sooner?

Jay Powell does not want to repeat the mistake of Paul Volcker, who also fought inflation with rate hikes, but cut rates too early and came to regret it.

When Paul Volcker was appointed Fed Chair in 1979, he immediately set about ending the worst inflation the U.S. has seen since the end of World War II by raising rates.

Then the U.S. was hit with a recession in January 1980. Unemployment rose to 7%. Inflation was still 14.7% in April 1980, but Volcker was under intense pressure to cut rates in the face of a recession and layoffs.

The recession was over by July 1980, but inflation was not. Inflation at the end of 1980 was still over 12%. The Fed and Volcker had damaged their credibility as inflation fighters.

This became known as the infamous Volcker Mistake.

From there Volcker doubled down. Because of the credibility damage from the Volcker Mistake, interest rates had to go even higher. It was in this stretch that the fed funds target rate hit 20% in June 1981.

This extreme level triggered another recession in July 1981, the second in two years. The 1981 – 1982 recession was the worst since the end of World War II, and interest rates were still 15% in the middle of 1982.

The severity of that recession was not surpassed until the global financial crisis of 2008.

The point is that when Volcker lowered rates in 1980, the job of beating inflation was not done. Inflation went even higher and Volcker had to take even more extreme measures finally to get it under control.

“The Lesson for the Fed Today Is Obvious”

If Volcker had ignored the 1980 recession, inflation might have come down by 1981. Instead, it lasted until 1983 and was only defeated by a recession worse than the one Volcker was initially worried about.

The lesson for the Fed today is obvious.

The Fed first ignored inflation in mid-2021 by calling it transitory. At the time, the Fed’s policy rate was 0%. The Fed’s battle against inflation began in March 2022 with a rate hike of 0.25%.

The problem is that\ Powell may soon find himself facing exactly the dilemma that Volcker faced in May 1980 – the mission to lower inflation is not finished, but higher unemployment and a recession create enormous pressure to lower interest rates.

The question for market observers and investors is: Will Jay Powell blink the way Volcker did in 1980? Will the Fed cut rates in a recession or keep up the inflation fight until it’s over?

The answer begins with the fact that Jay Powell does not want to repeat the Volcker Mistake. He knows how that turned out and doesn’t want to end up in the history books for the same thing.

That means rate hikes will continue until March 2023 and possibly May, even in the face of declining growth and falling inflation. The Fed may pivot by June, but it will be too late.

The recession will already be here — and Powell will have some really hard choices to make.