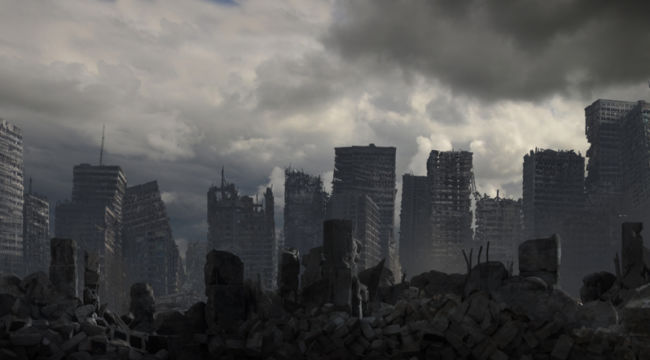 One Step Closer to Ruin

“Blessed are the young, for they shall inherit the national debt.”
— Herbert Hoover

This week — for the first time in its 244 years — total United States debt exceeds $22 trillion.

The last $2 trillion has piled on since Mr. Trump donned the imperial purple.

The United States required 205 years to ring up its first $1 trillion debt — but only 11 months for its 22nd.

Here is progress — of a peculiar and exotic sort.

But large numbers exert a dulling effect on the sober senses… like large bottles of wine.

It will torment you, stagger you, hagride you, kill you — because though extravagant, you can relate to figures in this range.

But a trillion-dollar bill will glaze your eyes.

Not in 100 lifetimes could you hope to satisfy it. A trillion ranges beyond all fathoming, all imagination.

You would laugh it away… and depart the restaurant instructing the owner where he can place his bill.

The nonprofit Employment Policies Institute places 1 trillion into this perspective:

Returning to our poor example, perhaps you can tell the restaurateur he will have his money in 1 trillion seconds.

Let us mix the figure some…

Assume for the moment you are placed in command of the printing press. But you are limited to $1 bills.

Being exceptionally energetic, you produce one $1 bill each second of the day, 365 days of the year.

How long would you require to print 1 trillion $1 bills?

But your sole concern is the national welfare. You therefore consecrate yourself to retiring the national debt.

In that case, you multiply the preceding by 22. Here is what you find:

Assume the Almighty grants you your threescore and 10 — 70 years.

In 9,965.9 lifetimes, you would complete the business.

Heaven, indeed, can wait. Fortunately… so must hell.

But you say we conjure a phantom menace.

The United States’ GDP is $20 trillion. Put next to it, a $22 trillion debt is not half so daunting.

But the trend is…

Debt Is Growing Faster Than the Economy

“Reaching this unfortunate milestone so rapidly is the latest sign that our fiscal situation is not only unsustainable but accelerating.”

And the Congressional Budget Office (CBO) estimates GDP growth will limp along at an average 1.9% per annum the next decade.

But it estimates debt is expanding at a 6% annual rate.

Once again… the trend.

But CBO’s growth forecast may be optimistic. It fails to account for possible recession.

The current expansion is the second longest in U.S. history. By July it will become the longest — if the gods are merciful.

How much longer can the economy peg along without a recession?

Permanent Deficits Are the New Religion

In a growing economy, the old Keynesians preach a gospel of fiscal restraint.

It is the time to squirrel away acorns… and save against a season of lean kine.

When recession inevitably arrives, the government can then meet the emergency with a full war chest.

But even the old Keynesian religion has gone behind a cloud.

In its place we find the religion of perpetual deficit.

But now we seem to have turned that logic on its head, with fiscal stimulus ramping up in the best of times, when unemployment is low, stock prices high and inflation stirring. New… fiscal policy seems to call for continuous and growing deficits pretty much forever.

When recession is finally upon us — depend on it — the spending floodgates will open.

And today’s trillion-dollar deficits will trifle in comparison.

“We get a recession,” affirms analyst Sven Henrich, “and you are looking at $2–3 trillion [annual] deficits.”

A “Tripartisan” Approach to Government Spending

But perhaps we can plug the holes to keep current debt levels even.

CBO estimates Congress would have to increase revenues 11% each year… while simultaneously slicing the budget 10%.

As well imagine a circular square… a flying whale… or an honest liar.

Rising debt service will likely lower the curtain on the entire show, as rising borrowing costs swamp the economic machinery.

At that point the entire illusion that deficits do not matter will crash upon the rocks of mathematical fact.

As we have written before…

The current recovery is nine years old… and counting…