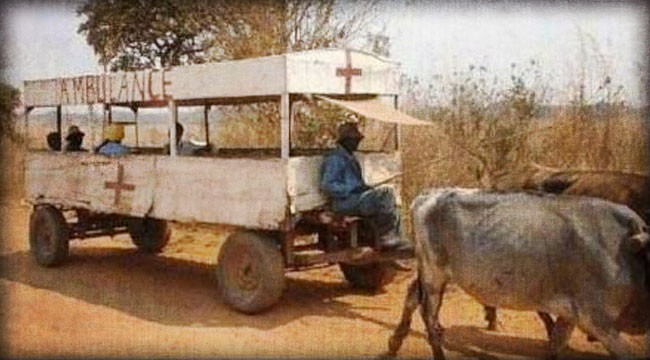 Obamacare: "Let's Just Make Sure It's Not A Third World Experience"

We begin today by checking our premises: In order to imagine something working forever, it must begin to work in the first place.

When asked last Friday about what the future holds for the Affordable Care Act, Senate Majority Leader Harry Reid said, “What we’ve done with Obamacare is a step in the right direction, but we’re far from having something that’s going to work forever.”

The law takes full effect Jan. 1, 2014, and the online exchanges launch on Oct. 1, 2013. But lofty expectations are being played down as logistical problems become worse and worse.

“It’s only prudent to not assume everything is going to work perfectly on day one,” said Gary Cohen, Obama’s health insurance czar, according to a CQ Roll Call Report back in April. He was hedging the launch of the online insurance exchanges. Turns out that was a good bet. Something tells us it will turn out to be the understatement of the decade.

“The time for debating about the size of text on the screen, or the color, or is it a world-class user experience — that’s what we used to talk about two years ago,” said Cohen’s colleague, Harry Chao. “Now the philosophy is: ‘Let’s just make sure it’s not a third-world experience.’”

There are a lot of opportunities for good, low-cost health care in the Third World. But we’re sure Mr. Chao is imaging something along these lines (in which case, he couldn’t set the bar much lower)… 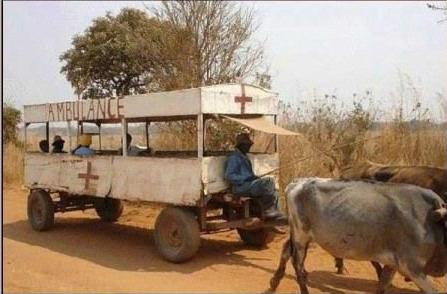 Quality Control: As long as it’s better than this…

In recent months, implementing Obamacare has been hairier than its proponents seemed to realize. The biggest delay so far was the employer mandate. That’s been pushed back one year, adding $10 billion to the program’s price tag.

But the online exchanges are the life force of Obamacare. There will be consequences to winging it. What’s so hard about rolling these exchanges out on time, anyways? Here’s the organizational chart. Just follow the arrow… errr… 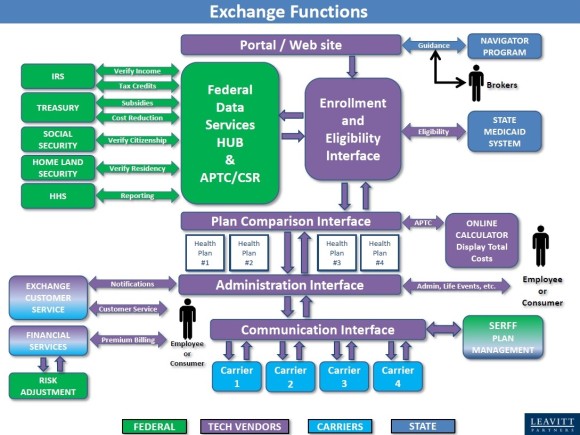 How to not have a “third-world experience”: Create a complex flow chart

OK. We’ll be honest… We don’t have a clue what’s going on in that chart.

What we do know is that green box labeled “Federal Data Services HUB” is the communication hub we discussed yesterday. It was supposed to be ready by Sept. 4… and now it’s slated for Sept. 30, just one day before the online exchanges launch. A functioning hub is crucial so agencies can verify if individuals are eligible for the subsidies they’re claiming.

Those subsidies include the refundable tax credits for the poor. Those subsidies are capped at an income equal to 400% of the federal poverty level. If a household’s income is just $1 higher than that, they don’t get a subsidy. Depending on age and things like whether or not the enrollees smoke — that $1 in extra income could increase the household’s premium payments by as much as $9,355. If you also started smoking, your premium could go up even more.

But don’t worry. The government has a solution for Obamacare’s back-end problems. They’re simply waiving the verification process for claimed subsidies until the kinks are ironed out. It’s called “the honor system” — because that works so well on college campuses.

If we didn’t know any better, we’d think the government built the damn thing to fail. Heck, the transcript from Harry Reid’s above-mentioned interview bluntly blurts out as much. The interview asked him if Obamacare was a stepping stone to a single-payer system.

Ed. Note: This essay first appeared in The Daily Reckoning email edition — a free e-letter that seeks to provide a unique view of global economics and investment news. It currently goes out to over 300,000 subscribers each day around 4 p.m. And that number is growing. Find out for yourself what everyone’s talking about. Sign up for free, right here.