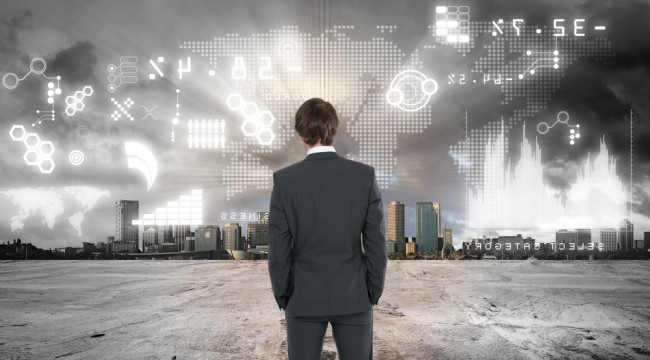 It has been an extremely quiet time in markets. If I hadn’t checked the calendar, I might think it was the middle of August, when everyone is on vacation, instead of the middle of May, when investors and traders are still at their desks.

There’s an old expression on Wall Street: “Sell in May and go away.” The idea is that you can get out of positions before the summer and return to them in September without much change expected.

This year the expression seems to be, “Do nothing in May until further notice.” The markets are treading water, waiting for the next catalyst. As I survey the scene, markets may not have that long to wait.

This keeps the upward trend lines (higher highs and higher lows) from the Dec. 14, 2016, low intact, indicating gold over $1,300 in the next rally.

Stocks and Treasuries are mainly sideways, with up days and down days depending on the story du jour. The Dow Jones industrials still have not broken through their March 1, 2017 high, although they’re flirting with that level.

Volatility as measured by the VIX is at the lowest level since 1993. Shiller’s CAPE ratio equity valuation measure is at the same extreme high valuation reached in 1929 — just before the market crash that started the Great Depression. Yet complacency reigns supreme. All is well.

Or maybe not so well. The same forces that caused stocks to decline and gold to rally in April are still around. Weak growth persists due to debt, deflation and demographics — despite occasional strong quarters.

The Trump troika of fiscal stimulus, infrastructure spending and regulatory reform is still nowhere in sight. The tax cuts may be put off until 2018 at the earliest because of time spent on health care reform and now the FBI director confirmation process.

Infrastructure spending is not even being discussed on Capitol Hill. Dodd-Frank reform will be strangled in its crib by bank lobbyists. North Korea may test a new nuclear device any day. And the Fed is on track to raise rates in June and shrink their balance sheet (reducing the money supply) despite economic weakness.

Many people are familiar with the Federal Reserve’s main policy tool, which is raising or lowering the target interest rate for federal funds. Federal funds are excess reserves that banks lend to each other mostly on an overnight basis. The “fed funds” rate is the base cost of money, and most other interest rates are tied to it in some manner.

In 2008, the fed funds target rate hit zero. That’s when the Fed started its “zero interest rate policy,” ZIRP, and began “quantitative easing,” or QE. The Fed ended QE in 2014 and ended ZIRP in 2015 and is now on a path to raise rates.

But there’s a disturbing legacy of the QE era that lasted from 2008–2013. QE is money printing. When the Fed prints money, it does so by buying bonds. The money used to pay for the bonds comes from thin air, and the bonds go on the Fed’s balance sheet as assets.

They won’t sell bonds, but they will let existing bonds mature without buying replacements. That takes the Fed out of the Treasury market as a buyer at a time when U.S. deficits are set to increase and the Treasury will have to borrow more.

Who’s going to take up the slack in the bond market and buy all of those bonds that the Fed gobbled up for the past eight years?

Most analysts are pretending this will be a painless exercise because of the gradual seven-year timeline over which existing bonds mature. That’s nonsense. The Fed has been buying 30% of all new Treasury bonds for years. Taking the Fed out of the picture is a major tightening of monetary conditions on top of the Fed’s existing rate hike policies.

Markets have not yet begun to discount Fed balance sheet normalization.

Add up all of the above and you’ve got a recipe for a market correction at best or a recession and panic at worst.

The stock market is exhibiting a long list of bubble characteristics. Now, that doesn’t mean stocks will collapse anytime soon. Just when you think bubbles can’t persist, they do, and keep going higher until the last bear throws in the towel. Then they burst.

Whether that happens this summer or next year is impossible to say. But it will happen when you least expect it, and for no apparent reason at all (although analysts will be quick to supply made-up reasons after the fact).

With policy uncertainty prevalent and uncertainty about the timing of an inevitable stock market correction, this is a great time to increase your allocation to cash. What you give up in yield will be more than made up by avoiding losses and being able to shop for bargains when the correction comes.

Warren Buffett’s Berkshire Hathaway Inc. now has $86 billion in cash stashed away on its balance sheet. That figure could easily grow to $100 billion later this year based on profits from existing holdings and large sales of stock in IBM and other portfolio companies.

Buffett likes to acquire large stakes in solid companies, rather than hold a diversified portfolio of small holdings. In the past, Buffett has acquired large stakes in Coca-Cola, Geico, Burlington Northern Santa Fe Railroad and other iconic companies. With $100 billion to spend (and possibly more if Buffett uses debt), he could easily buy huge companies like Nike, Costco or Unilever.

Buffett does not do hostile deals and rarely chases the market. He prefers to bide his time and pick up good companies on the cheap. Some of his most profitable deals have come at times of company distress (Salomon Bros. in 1991) or marketwide distress (Goldman in 2008).

Far from a bullish sign, Buffett’s cash hoard could mean he’s preparing for a market crash. When the crash comes, Buffett can walk through the wreckage with his checkbook open and buy great companies for a fraction of their current value.

That’s the real Buffett style, but you won’t hear that from your broker or wealth manager. If Buffett has a huge cash allocation, shouldn’t you?

He knows what’s coming. Now you do too.