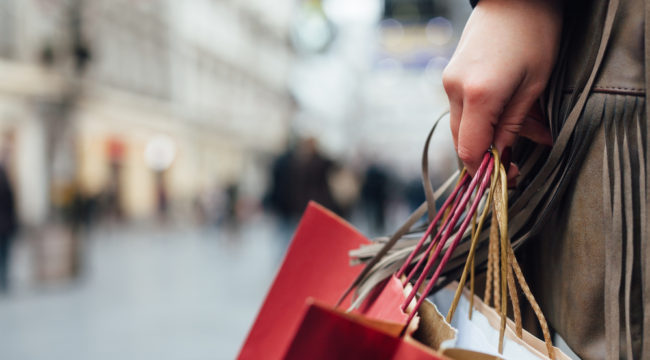 It's Not Just Amazon. Changing Consumers are Killing Retail.

Retail stocks have been annihilated recently, despite the economy eking out growth. The fundamentals of the retail business look horrible: Sales are stagnating and profitability is getting worse with every passing quarter.

Jeff Bezos and Amazon get most of the credit, but this credit is misplaced. Today, online sales represent only 8.5 percent of total retail sales. Amazon, at $80 billion in sales, accounts only for 1.5 percent of total U.S. retail sales, which at the end of 2016 were around $5.5 trillion. Though it is human nature to look for the simplest explanation, in truth, the confluence of a half-dozen unrelated developments is responsible for weak retail sales.

Our consumption needs and preferences have changed significantly. Ten years ago we spent a pittance on cellphones. Today Apple sells roughly $100 billion worth of i-goods in the U.S., and about two-thirds of those sales are iPhones. Apple’s U.S. market share is about 44 percent, thus the total smart mobile phone market in the U.S. is $150 billion a year. Add spending on smartphone accessories (cases, cables, glass protectors, etc.) and we are probably looking at $200 billion total spending a year on smartphones and accessories.

Ten years ago (before the introduction of the iPhone) smartphone sales were close to zero. Nokia was the king of dumb phones, with sales in the U.S. in 2006 of $4 billion. The total dumb cellphone handset market in the U.S. in 2006 was probably closer to $10 billion.

Consumer income has not changed much since 2006, thus over the last 10 years $190 billion in consumer spending was diverted toward mobile phones.

It gets more interesting. In 2006 a cellphone was a luxury only affordable by adults, but today 7-year-olds have iPhones. Our phone bill per household more than doubled over the last decade. Not to bore you with too many data points, but Verizon’s wireless’s revenue in 2006 was $38 billion. Fast-forward 10 years and it is $89 billion — a $51 billion increase. Verizon’s market share is about 30 percent, thus the total spending increase on wireless services is close to $150 billion.

Between phones and their services, this is $340 billion that will not be spent on T-shirts and shoes.

But we are not done. The combination of mid-single-digit health-care inflation and the proliferation of high-deductible plans has increased consumer direct health-care costs and further chipped away at our discretionary dollars. Health-care spending in the U.S. is $3.3 trillion, and just 3 percent of that figure is almost $100 billion.

Then there are soft, hard-to-quantify factors. Millennials and millennial-want-to-be generations (speaking for myself here) don’t really care about clothes as much as we may have 10 years ago. After all, our high-tech billionaires wear hoodies and flip-flops to work. Lack of fashion sense did not hinder their success, so why should the rest of us care about the dress code?

In the ’90s casual Fridays were a big deal – yippee, we could wear jeans to work! Fast-forward 20 years, and every day is casual. Suits? They are worn to job interviews or to impress old-fashioned clients. Consumer habits have slowly changed, and we now put less value on clothes (and thus spend less money on them) and more value on having the latest iThing.

All this brings us to a hard and sad reality: The U.S. is over-retailed. We simply have too many stores. Americans have four or five times more square footage per capita than other developed countries. This bloated square footage was created for a different consumer, the one who in in the ’90s and ’00s was borrowing money against her house and spending it at her local shopping mall.

Today’s post-Great Recession consumer is deleveraging, paying off her debt, spending money on new necessities such as mobile phones, and paying more for the old ones such as health care.

Yes, Amazon and online sales do matter. Ten years ago only 2.5 percent of retail sales took place online, and today that number is 8.5 percent – about a $300 billion change. Some of these online sales were captured by brick-and-mortar online sales, some by e-commerce giants like Amazon, and some by brands selling directly to consumers.

But as you can see, online sales are just one piece of a very complex retail puzzle. All the aforementioned factors combined explain why, when gasoline prices declined by almost 50 percent (gifting consumers hundreds of dollars of discretionary spending a month), retailers’ profitability and consumer spending did not flinch – those savings were more than absorbed by other expenses.

Understanding that online sales (when we say this we really mean Amazon) are not the only culprit responsible for horrible retail numbers is crucial in the analysis of retail stocks. If you are only solving “who can fight back the best against Amazon?” you are only solving for one variable in a multivariable problem: – Consumers’ habits have changed; the U.S. is over-retailed; and consumer spending is being diverted to different parts of the economy.

As value investors we are naturally attracted to hated sectors. However, we demand a much greater margin of safety from retail stocks, because estimating their future cash flows (and thus fair value) is becoming increasingly difficult. Warren Buffett has said that you want to own a business that can be run by an idiot, because one day it will be. A successful retail business in today’s world cannot be run by by an idiot. It requires Bezos-like qualities: being totally consumer-focused, taking risks, thinking long term.

Looking for stocks that will triple tomorrow? They’re the ones that are hated today.  Here are a few case studies to convince you.

Louis-Hector Berlioz (1803-1869) was not a child prodigy; at age 12 he was a latecomer to music (by that age Mozart had already completed his first performance tour). His father discouraged him from studying piano, so he did not. His parents wanted him to be a doctor (every Jewish mother wants her son to be a doctor), and Berlioz was sent to Paris to study medicine.

At the age of 23, despite his parents’ objections, he formally abandoned the study of medicine and focused solely on music.  Berlioz never received classical musical training, and thus it was easy for him to break the rules of music composition since he didn’t know them.

It’s hard to say whether Berlioz’s musical adventure would have amounted to much if he hadn’t fallen in love. When he was 27 he attended a performance of Hamlet. There he saw her: Harriet Smithson, Irish Shakespearean actress. He was fatally smitten. He wrote her love letters, but his love went unrequited. He rented an apartment across the street from her and then wrote her the ultimate love letter: Symphony Fantastique.

Fantastique was written in the pain of unreturned love. Berlioz wrote:

Oh, if only I did not suffer so much!… So many musical ideas are seething within me.… Now that I have broken the chains of routine, I see an immense territory stretching before me, which academic rules forbade me to enter.

In another letter he wrote:

Sometimes I can scarcely endure this mental or physical pain (I can’t separate the two) … I see that wide horizon and the sun, and I suffer so much, so much, that if I did not take a grip of myself, I should shout and roll on the ground. I have found only one way of completely satisfying this immense appetite for emotion, and this is music.

As a side note, the topic of pain and creativity is very dear to me. I strongly believe most creativity in the world is unleashed by pain. If it was not for pain we would not have Rachmaninoff’s Piano Concerto No. 2, which he wrote after suffering a three-year depression from the failure of his first symphony. Or think about this: Beethoven was deaf the last ten years of his life, and this is when he composed his best work.

Back to Berlioz. Either Berlioz could not take the pain or he needed additional stimulants to access his newfound creativity; in any case, he consumed a lot of opium in the course of writing Fantastique. Fantastique premiered to incredible success in 1830 and turned Berlioz into a huge star. Harriett was unfortunately not at the premier and only heard the symphony two years later. By then Berlioz is famous, and she recognizes his genius. They get married and… are unhappy and separate.

Nevertheless, we should all thank Harriet for this incredible masterpiece.

Here is how Leonard Bernstein summarized this symphony: “Berlioz tells it like it is. You take a trip, you wind up screaming at your own funeral.”

Final point. Fantastique is a five-movement program symphony. (Program music means that the symphony follows written program notes; think of them as silent opera.) It’s the love story of Berlioz’s unrequited love for Harriet – on psychedelics.

There is a glittering ball, a lonely idyll in the countryside, and other visions induced by opium. (I kid you not; here is what Berlioz wrote in his program notes: “The Artist, knowing beyond all doubt that his love is not returned, poisons himself with opium. The narcotic plunges him into sleep, accompanied by the most horrible visions.”)

Ed Note: Ronald Reagan’s right hand man for the economy is sending out a trigger warning. Donald Trump may soon face an immediate halt to governance in the coming weeks and months. Our experts are now sending out a crucial Total Preparation Blueprint Package equipped with information that can help you not only survive but thrive in the event the economy is slammed by government negligence. Find the completely FREE report here.