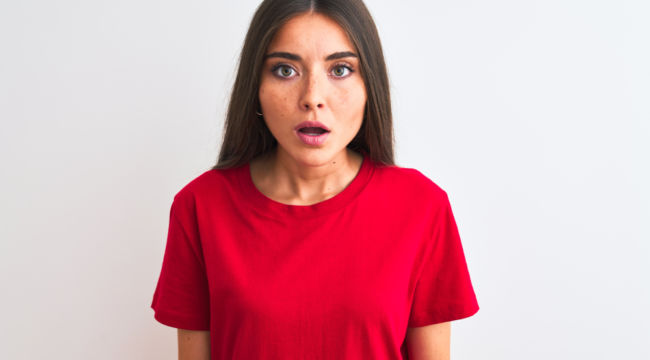 No Words for This

Combined you have a cataclysm of 9.99 million claims within two weeks.

“What we are going through now dwarfs anything we’ve ever seen,” laments Heidi Shierholz, the Economic Policy Institute’s senior economist — “including the worst weeks of the Great Recession.”

Alas, the lady is correct.

This week’s unemployment figure rises 10 times higher than any week between 2007 and 2009.

Inconceivable — but there you are.

“The great financial crisis happened over a number of years,” says Wharton finance professor Susan Wachter. “This is happening in a matter of months — a matter of weeks,” she adds.

The New York Times estimates the unemployment rate is presently 13% and “rising at a speed unmatched in American history.”

You may wish to consider the reliability of the source. The true rate may be lower. But this you also must consider:

It may be higher.

And the Congressional Budget Office presently projects second-quarter GDP to plummet to an annualized -28%. That is correct.

National box office sales ran to $204 million one year ago this week. And one year later?

An economy such ours is like a long stretch of dominoes. Knock one down and the others go over…

The suddenly unemployed may lack the wherewithal to make rent. The landlord who depends on it may be unable to meet his own obligations. So with the person above him… and the next above him… all the way up the ladder.

A fellow going by the name of Mark Zandi is Moody’s Analytics chief economist. His researches indicate perhaps 30% of Americans with home loans — some 15 million of them — could fall into arrears if the economy remains shuttered through summer.

The unemployed store manager can no longer afford the auto he planned to purchase. And so the automobile salesman goes without. His planned vacation he must cancel. He further abandons plans to renovate the kitchen or add the extension to his home.

And so on and so on, one domino knocking down the next in line, all the way through.

Multiply the business by 10 million, 15 million — 20 million — and you face a situation.

“No words for this.”

The Federal Reserve estimates the unemployment number may scale an unspeakable 47 million.

We find limited solace knowing the Federal Reserve nearly always botches the numbers. It is nonetheless a bleak arithmetic we confront.

The United States government is attempting to choke off the hemorrhaging with payments to businesses and the unemployed. But it will prove dreadfully unequal to its task.

What is more, multiple sources report some checks may not mail for 20 weeks — five months.

How will the unemployed with no savings rub along for five months?

Tens of thousands were driven to suicide during the Great Depression. Over 10,000 took the identical route out of the Great Recession.

Another suicidal wave — a large one — will wash on over should present conditions extend too long.

It has expanded its balance sheet $1.6 trillion since mid-March alone. It required 15 months to attain that same figure during QE3.

And the balance sheet presently bulges to $6 trillion — a 60% increase in a mere six months.

One staff member of the Federal Reserve, meantime, believes it will swell to $9 trillion by year’s end.

We place high odds that it will expand further yet.

Well and truly… this is a time of superlatives.

But how much can the balance sheet expand… before bursting at the seams?

No one truly knows. But do we wish to find out?

Besides, its previous manias of balance sheet inflating did little for the real economy, the economy of things.

There is little reason — none, that is — to expect a different outcome now.

Here is another superlative:

The Dow Jones has endured its deepest first-quarter plunge in its entire 124 years. And heavier losses await, depend on it.

And so here we are, trapped… the devil to one side… the deep blue sea to the other.

“No words for this.”