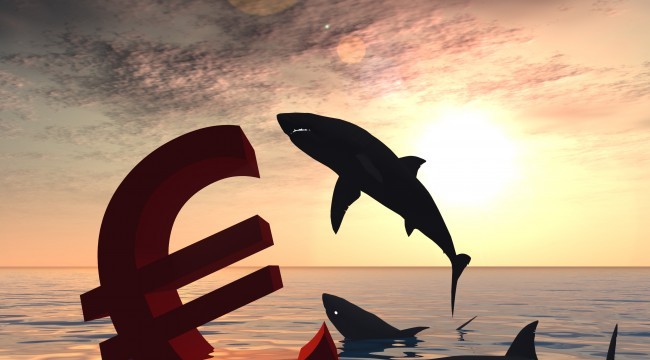 No Way to Run a Currency Union

They can also be a pain in the neck.

I say this having spent a portion of today wrestling with the details of getting the U.K. version of Jim Rickards’ The Big Drop: How to Grow Your Wealth During the Coming Collapse ready to go to the printers.

It felt like an episode of Columbo. There was always just one more thing…

It’s part of a special project to bring Jim’s work over the Atlantic to the U.K. I know it’ll be well worth it.

As I said to one of my long-suffering colleagues (who has been doing sterling work), at least we’re not one of the poor souls working for a eurozone finance ministry who has to assess the latest Greek proposals in a single day.

That’s no way to run a currency union.

Indeed, one of the issues at stake is whether the euro will remain a currency union. What I mean is, there’s a big fear that if members can leave, it’ll come to be seen as more of a souped-up fixed exchange rate regime.

Historically, fixed exchange rate mechanisms have tended to break down sooner or later.

That’s a big reason why Germany’s Angela Merkel has been so keen for so long to keep Greece, an economically tiny member, in the club.

This weekend’s frenzy of bureaucracy is all about keeping a fundamentally flawed monetary union together.

Any solution will be temporary in the extreme. It cannot be anything else – monetary union is incomplete.

There’s been a lot of ink spilt elsewhere on this aspect of the crisis, so I won’t say much about it today. The lack of fiscal union is a major weakness, which everyone knew at the outset.

A fascinating article to read from the perspective of 2015 is Wynne Godley’s “Maastricht and All That” from 1992, which outlined the eurozone crisis almost two decades before it kicked off.

“It should be frankly recognised that if the depression really were to take a serious turn for the worse — for instance, if the unemployment rate went back permanently to the 20-25% characteristic of the ’30s — individual countries would sooner or later exercise their sovereign right to declare the entire movement towards integration a disaster and resort to exchange controls and protection — a siege economy if you will. This would amount to a rerun of the inter-war period.”

A deal may be cobbled together over the weekend that allows the ECB to come to the rescue once again. If a deal is done though it will be the most hurriedly cobbled together piece of work this crisis has thrown up yet.

Here’s something to think about. Far from bringing leaders together, this crisis has pushed them apart. Cooperation has been undermined.

Political capital is being deployed on an almost constant basis to keep Greece in the euro, by none more so than Angela Merkel. The returns on that capital are hard to discern.

If the euro crisis thus far had led to the creation of new institutions and ways of working that could in the future handle something much bigger, it might be a blessing in disguise.

It has speeded up the creation of a banking union (whether you agree with this or not is another issue), but overall I suspect it’s exhausted Europe’s leaders more than it’s galvanised them. This may come to matter if we have a fresh and bigger crisis to deal with. Say if another, bigger euro member needs support. Stay tuned…