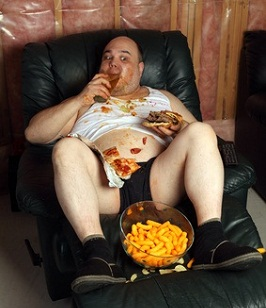 The Next Welfare Program

Today’s guardians of opinion demand we believe a six more… and another dozen by lunch.

That the mainstream news is precisely and invariably accurate, for example.

That deficits do not matter.

Or that a man offered $15 an hour to loaf will decline it for a job that only pays him $10.

Thus we arrive at the glittering gem of universal basic income, or “UBI.”

UBI is an idea gaining traction among those given to believing impossible things — college professors.

Under UBI, the government would guarantee every working-age American a basic standard of living.

No string would come attached to this pretty peach… no proof of want… no questions whatsoever.

Assume, for example, that a strong-backed fellow can find employment moving furniture.

But the job demands an early rise… and he finds that dozing until noon better suits him.

Would this layabout receive a check?

A gal has services to offer her local Walmart, which maintains an advertised need for these services.

But she concludes the job would make impossible demands of her leisure.

So she lets it pass by.

Would she receive her universal basic income?

And who could blame her?

If Walmart offers her $9 per hour to stock its shelves — while the government offers $10 to gawk soap operas from her lazy couch— where is her incentive to stock shelves?

The results, according to The Heritage Foundation and economist Gary Burtless:

… the comparable policy was shown to reduce yearly hours worked among recipients significantly.

For each $1,000 in added benefits, there was an average $660 reduction in earnings, meaning that $3,000 in government benefits was required for a net increase of $1,000 in family income.

Ah, but we misplace the facts, say UBI’s drummers.

A new reality has fallen over the American economy…

And these jobs are not coming back, despite Trump’s contrary gloats.

Besides, we are on the verge of dramatic breakthroughs in automation and artificial intelligence (AI).

Many experts estimate these great thieves of human labor will rob 20–40 million American jobs by 2030.

How will these millions of displaced Americans keep body and soul together… if not for the dole?

They further argue that a universal basic income will force the Walmarts of the world to increase their slave-level wages.

Turn to our previous example…

If they paid our couch-bound General Hospital enthusiast $15 per hour instead of $9… she might rise to the bait.

But what if her labor is only worth $9?

Will Walmart willingly absorb the loss?

And what about the more productive employee whose labor Walmart previously valued at $15 per hour?

If the bottom rung of the ladder now fetches $15… this worker will demand a commensurate jump to, say, $20.

But a giant like Walmart has the wherewithal to absorb the added costs, thunders the UBI caroler.

But only by sending along those added labor costs to their customers.

Many of their employee’s monetary gains would vanish into the cash register.

Besides, what about the non-Walmarts of this world that cannot absorb the costs?

Here we speak of costs…

We mentioned UBI’s record at the state level.

But what of its likely impact upon the national fisc?

This single-year figure equals more than three-fourths of the entire yearly federal budget — and double the entire budget outside Social Security, Medicare, defense and interest payments. It’s also equal to close to 100% of all tax revenue the federal government collects.

Is greater spending the solution to America’s wobbled finances?

In case of another recession — count on it — demands for universal basic income will leap from low rumble to loud roar.

Which would demand plunging the nation deeper into debt… with less tax revenue to make the shortage good.

The idea of universal basic income is not new.

Pamphleteer Thomas Paine was the first to propose a version of UBI in the 19th century.

What do you think of UBI? An idea whose time has come? dr@dailyreckoning.com